Mystical not ascetic: a response to Pope Francis, Part 5 This post (really) concludes my series about Pope Francis' long interview with the Jesuit journals.

Part 1: what his disctinction 'Mystical' vs. 'Asectic' means
Part 2: why traditional Catholics can better accomodate this perspective than 'Neo-Conservatives'
Part 3: why liberal Catholics shouldn't feel too comfortable with it
Part 4: what is going on with the reference to the life and family issues.

You can also find them all with the label 'Pope Francis: Mystical not ascetic'

I have tried in all these to find a way for Traditional Catholics to understand Pope Francis and to make use of his perspective to make a case for the things they want to defend. In this post I examine the one, short, reference to the 'Vetus Ordo' (as Pope Francis calls it). It comes at the end of a paragraph about the Second Vatican Council.

Asked about the Council, the interviewer is taken by surprise at how little Pope Francis wants to say about it. It is just this. “Vatican II was a re-reading of the Gospel in light of contemporary culture,” says the pope. “Vatican II produced a renewal movement that simply comes from the same Gospel. Its fruits are enormous. Just recall the liturgy. The work of liturgical reform has been a service to the people as a re-reading of the Gospel from a concrete historical situation. Yes, there are hermeneutics of continuity and discontinuity, but one thing is clear: the dynamic of reading the Gospel, actualizing its message for today—which was typical of Vatican II—is absolutely irreversible. Then there are particular issues, like the liturgy according to the Vetus Ordo. I think the decision of Pope Benedict [his decision of July 7, 2007, to allow a wider use of the Tridentine Mass] was prudent and motivated by the desire to help people who have this sensitivity. What is worrying, though, is the risk of the ideologization of the Vetus Ordo, its exploitation.”

I have already noted how, on another occasion, Pope Francis has made clear that he regards the traditional liturgies of East and West as God-centred, and that this is a good thing, which 'we have lost a little' in the West with the reform. That doesn't mean he thinks what is gained does not compensate for what is lost, from this paragraph it is clear he thinks it does. But he does not take the view, which many progressive liturgists have taken over the years, that the traditional liturgy is either theologically problematic or pastorally a dead-end. Which is good, obviously, since those views are absurd.

What he is expressing here is another familiar concern, expressed in Bugnini's book 'The Reform of the Liturgy'. Bugnini writes about the early Traditional movement, and how there were calls for permission for the Old Mass both from rather fanatical groups and perfectly orthodox ones (pp295-7). He appears to conclude that permission was withheld because of the former: a nice example of kicking the cat to punish the dog. Indeed, in practice it forced the orthodox traddies to choose between hearing the Traditional Mass in the context of the more extreme groups or not hearing it at all. Anyway, this self-defeating policy is over, thank heavens, and Pope Francis approves of this change, but he is still worried about 'the risk of ideoligization' of the Vetus Ordo. Let's think about what that means.

There are, of course, groups totally at odds with the Church which celebrate the Traditional Mass, or some approximation of it; if anyone is ideologizing the Mass presumably they are, so they can be our paradigm. Old Catholic groups didn't adopt the 1970 Missal and have done their own thing since 1870, Jansenists since even earlier, though these groups have in many cases made their own changes. Feeneyits also went into schism before the Council (many in fact have been reconciled since). Then there are Sede Vacantists, the main body of whom split away from the SSPX in the 1980s, and the even loopier 'conclavists' who elect their own Popes. These are all a pretty rum lot and mainstream Traditional Catholics wouldn't touch them with a bargepole. I'm not even going to bother explaining who they are or what they think; anyone can satisfy a morbid interest with the help of Google, but they are numerically insignificant, and really shouldn't become the focus of an obsession. They are, however, a really clear case of people using the Traditional Mass who have lost the plot doctrinally. My question is: in what sense can we say there is an 'ideologization' or 'exploitation' of the Mass going on here? 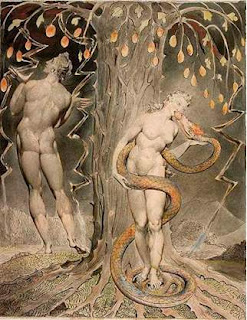 In two senses, perhaps. First, apart from the Old Catholics / Jansenists (who can be very liberal) they like to claim that theirs is the only valid Mass. In this way they make an ideological issue out of the Mass. Secondly, they exploit it, in the situations in which they alone offer the Traditional Mass in an area, by attracting people who are (at least at first) simply interested in experiencing the Church's authentic liturgical traditions. They make the Mass a bait for drawing people in to quite distinct theological issues, where their views are heterodox.

Oh Nobadaddy! As William Blake wrote,
Why darkness & obscurity
In all thy words & laws
That none dare eat the fruit but from
The wily serpents jaws?

Clearly, the way to  combat both aspects is to make the Vetus Ordo more and more widely available in the Church, with the permission of the hierarchy. This undercuts the argument that the authentic Catholic theology implicit in the EF is denied by a heretical hierarchy, and it undercuts efforts to attract Catholics to schismatic celebrations by offering something which can't be found in the Church. In short, the danger of 'ideologization'/ 'exploitation' is a danger in not having enough Traditional Masses celebrated, NOT a danger which arises from having too many celebrated. There is, however, another kind of ideologization/ exploitation of the Mass in the Church today, that of liturgical abuses in the Novus Ordo. In most, if not all, cases, common abuses have a theological rationale which is at odds with the theology of the Church. For example, cramming the aisles with Extraordinary Ministers of Holy Communion has a theological motivation (in the minds of the ideological initiators of these things), namely an attempt to downplay the role of the priest; this is also achieved by many other abuses, such as that of having lay people receive communion in the sanctuary, or having the priest go into the nave all the time. Many abuses, similarly, downplay the Real Presence: I'm sure we can all think of examples. It seems to me that these are even better examples of 'ideologization' / 'exploitation' of the liturgy than those noted above, since they can be used to impose false theological ideas on the Faithful through the very ceremonies of the Mass, and not just over a cup of tea afterwards. It is not surprising that such abuses have been condemned so strongly by Bl Pope John Paul II and Pope Benedict.

If we are concerned, as we certainly should be, about the liturgy being utilised to convey an ideology at odds with the Faith, then we have to look very seriously at these abuses and, if we can, do something about them. As far as the Traditional Mass is concerned, the answer is again to have more and more of it, since its ceremonies tend to made clear precisely those things which the abusers want to obscure, and to teach precisely what the abusers want to deny, notably about the special role of the priest and the Real Presence, but also about the reality of sin, grace, transcendence, the role of art and beauty, and so on. In short, the widespread celebration of the Traditional Mass is an effective defence against the ideologization of both the Old and the New liturgy. Such ideologization can only flourish where the Vetus Ordo is little celebrated in a diocese and where it is regarded, consequently, as something peculiar and either wrong-headed or at least to be steadfastly ignored. For in fact, as the FIUV Position Papers have shown on many topics, it has much to teach the Catholics of today.

On a final point, I'd like to say that I rather like the Holy Father's revival of the term 'Vetus Ordo', if only because I believe in a terminological free market against those who fanatically insist on the term 'Extraordinary Form', and have even suggested that to use any other terms is disloyal to the Holy See. If we can say 'Vetus Ordo', obviously we can also say 'Novus Ordo', which contrary to popular belief has never been a term of abuse, but just what Pope Paul promulgated (the 'New Order of Mass', Novus Ordo Missae). Let's stop arguing about words, and address the realities to which they refer.