I have been puzzled before by Mgr Basil Loftus' references to the idea that marriages between Catholics might be non-sacramental. Or, perhaps, that it is possible for a Catholic couple to be joined in a non-sacramental marriage. In his column of 11th July in the Catholic Times, Loftus sheds a little more light on what he has in mind.

As we have come to expect, it is pretty loopy, and based on an egregious factual error.

Pieter Huizing, the Dutch Jesuit canonist [d.1995], argued until the bitter end, when the present Code of Canon Law was being drawn up some 40 years ago, that there was no scriptural, doctrinal or logial foundation for the canonical conclusion that because undoubtedly Christ raised marriage to the dignity of a sacrament, "therefore every valid marriage between baptised persons has to be a sacrament."

It may be that Loftus is subject to another confusion, the idea recently examined by the canon lawyer Edward Peters that one can conceptually separate the questions of a marriage's validity and its sacramentality. As Peters points out, we never get a decree from a tribunal that a marriage wasn't sacramental, only that it wasn't valid. To explain why, we need to remember that when two Catholics fail to contract a sacramentally valid marriage with each other, they fail to to contract any (real, binding in conscience) marriage. When the law of the land fails to recognise this, it is failing to recognise the moral reality of the situation, the relationship between what has happened and the institution of marriage, which the state can regulate but does not own.

Here's a question. Suppose that Catholic couples had the option, when preparing for marriage, of contracting some sort of arrangement of concubinage, instead of an indissoluble sacramental marriage. So they could have marital relations without sin, but could still, under certain conditions, walk away from their partners. How many would actually go for that?

It is true that there are couples who just get married in church because it looks nice, and have no intention of keeping their wedding vows. Their marriages are clearly invalid, however, so, in this way, they aren't part of the problem with people like Loftus want to solve. That problem is created by people who don't want concubinage, or natural marriage, or anything like that: they want sacramental marriage, succeed in contracting it, and then, while their spouses are still alive, decide after all that they want to marry someone else. Loftus' proposed solution is not going to help them, even if it made sense, because they don't actually want 'marriage lite': they wanted the real thing when they first got married, and for the most part they would like the real thing, were it possible, all over again, with their new partners. 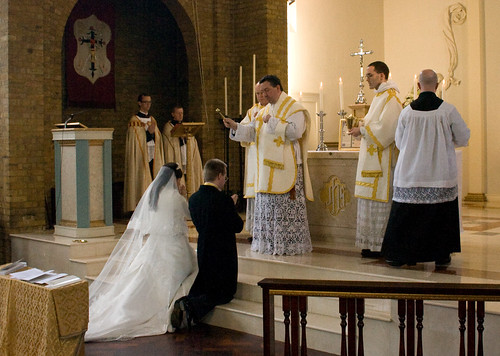