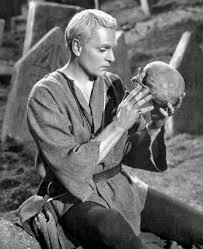 Opening the trad-bashing neo-conservative Fr Longenecker's blog post on Bishop Conry I thought I'd be reading something with which I could agree, for a change, but it was not to be. Here comes Fr Angry.

Forgiveness may be offered, but for it to activate it has to be asked for. It takes two to forgive. You may wish to forgive someone, but unless they acknowledge what they’ve done and sincerely request forgiveness it remains a one way street.

Conry went on to put up his hand and say, “Yup. I did wrong. I’m sorry about that. I’m sorry I let you down.” Combined with his other statement this sounds more like, “Hey guys. It looks like the tabloids have got the story. You caught me. My bad. I’m out. See ya.” In other words, no real repentance and not so much “I’m sorry” but “I’m sorry I got caught.” What we did not hear was Bishop Conry’s full affirmation of the Catholic Church’s teaching on marriage and sexual morality.

There is something seriously wrong with both quoted passages.


On the second, Fr Longenecker seems to have forgotten that the statements he is quoting are from an article in the Mail, which broke the story after (it appears) doorstepping Bishop Conry: that is, confronting him without warning with evidence of his misdemeanors and demanding a statement. I can understand people wanting a really fulsome apology, the fact is that expecting theological exactitude in those circumstances is absurd; expecting theological exactitude from what the Mail chooses to reproduce is doubly so.

A note to readers: anything you read in the press attributed to me has been edited. You can listen to me on Radio 4 at 8pm this evening on Pope Francis, in a programme with James Harding. Probably for about 10 seconds. As you do so you can ponder the things I may or may not have said in the other forty minutes of taped interview. I'm not complaining: that's how it works.

The problem with the first quoted passage is that Fr Longenecker fails to make a number of distinctions. What on earth does he mean by saying that forgiveness isn't 'activated' unless the other chap says sorry (enough)? 'It takes two for forgive'?

The first distinction he needs to make it between forgiveness and reconciliation. If Jill has seriously wronged Jack, Jack's forgiveness of Jill won't lead to reconciliation - a restored relationship - unless Jill says sorry (bearing in mind this can take a many forms). But that is not what we mean by forgiveness.

What people who, like Gordon Wilson, forgave the hideous brutality of IRA terrorists, meant by 'forgiveness', was exactly what Mr Wilson himself said, hours after his daughter was killed in the 1987 Enniskillen bomb: 'I bear no ill will. I bear no grudge'. He regarded his daughter's murderers with Christian charity: he wished them good, not ill, as St Paul tells us in Romans (12:14):

Bless them that persecute you: bless, and curse not.
Benedicite persequentibus vos: benedicite, et nolite maledicere.

(Not: 'Wait for your persecutors to say sorry.') We should pray for them to be saved, not long for them to die in their sins, as Hamlet does about Claudius at a chilling moment in the play:


... that his heels may kick at heaven,
And that his soul may be as damn'd and black
As hell, whereto it goes.

The second distinction is between forgiveness as an act of will and the emotions. To love our enemies is not to have warm feelings towards them - it is not an emotion which is demanded of us, which is good because emotions cannot be commanded. It is to wish them good and not ill. We may be tempted to a Hamlet-like hatred, but should never give way to that. And we can resist it: by an act of will we can refuse to consent to this idea, and we can in our actions do our best to help our enemies. Not necessarily to make them comfortable, but above all to help them get to heaven.


The third distinction is between forgiveness and justice. Forgiveness is not incompatible with justice, and justice may require punishment. To say one forgives the murderer of one's daughter does not imply that one thinks he should not go to prison. Just punishment is not bad for people; not only does it force them to pay a debt - as we say, their 'debt to society' - but it may help them to repent. The idea that forgiveness elbows out justice is a very dangerous one, because it stops people wanting to forgive.

We should forgive Bishop Conry, and pray for him. We should do reparation. We should learn lessons from the sorry episode and do things better in the future. And we should seek justice.