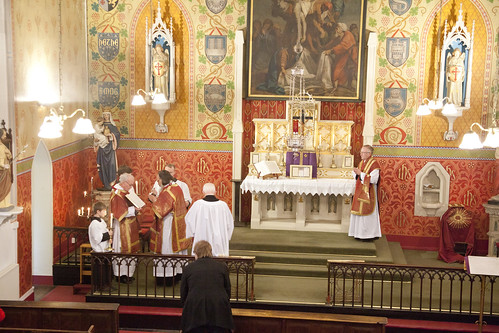 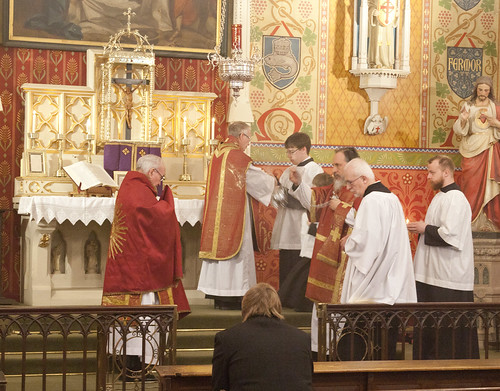 As you can see from the photographs, High Mass involves at a number of points two layers, as it were, of activity: the celebrant at the Altar and other things taking place in the space between the bottom of the Altar steps and the Communion rails. This can be difficult even in a much larger church if there is a free-standing Altar. 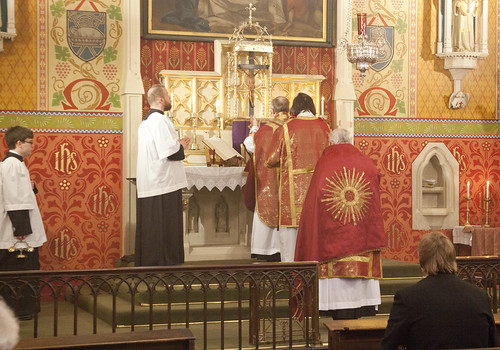 Mass was glorious. We had an unusually big schola, thanks to the Schola Abelis joining the usual schola of three or four. The little choir loft was at capacity with seven of us - one thing the church was not built for was a huge choir. But seven is a good number even for a much bigger church.

The vestments belong to the Latin Mass Society. 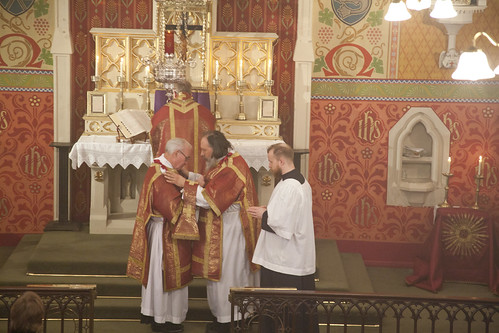 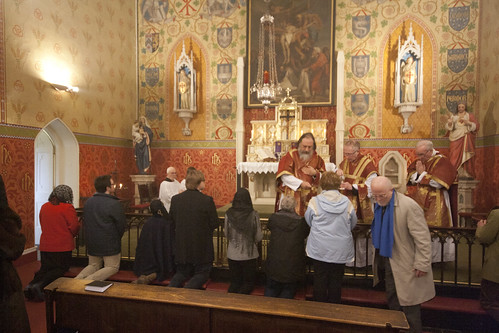 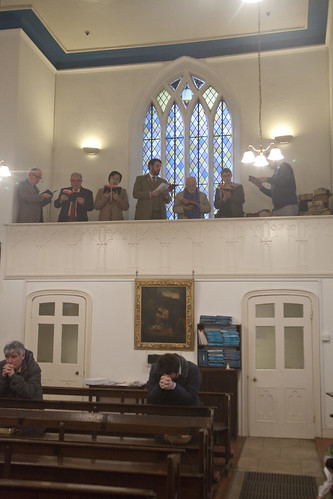