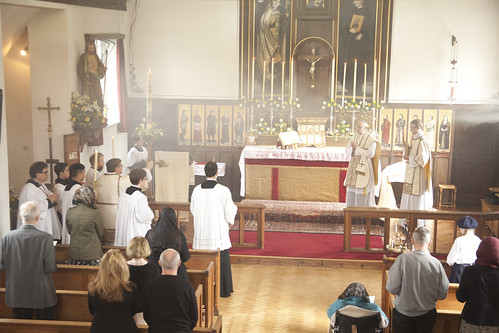 I have witnessed the development of provision for the Traditional Mass in Oxford since almost the beginning of the century. We are very lucky in all sorts of ways here, but nevertheless it has been a very slow process, with many setbacks. 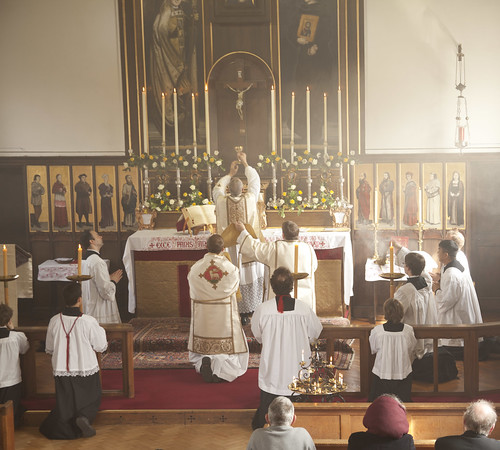 That this is the first time we've had High Mass on Easter morning says a lot about the limitations of what has been possible. It is always harder for priests and for parish churches alike to have the Traditional Mass when it is most needed: on the greatest feasts. 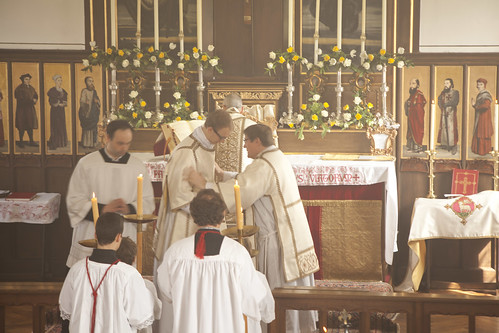 So a special thanks is due to Fr John Saward, Priest in Charge at SS Gregory & Augustine's, for making this Mass happen in his beautiful church, with all due solemnity, and thanks also to the excellent singers of Christchurch choir who accompanied it. 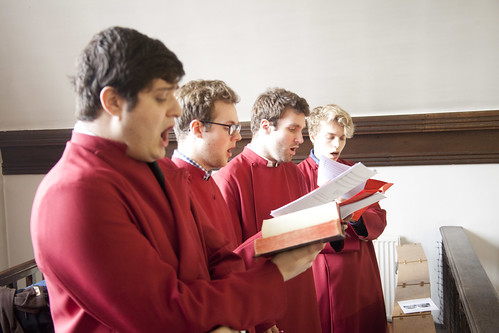 And the excellent serving team!

Support the work of the LMS by becoming an 'Anniversary Supporter'.
Posted by Joseph Shaw at 10:37 am