What exactly is wrong with sex ed for four-year olds? 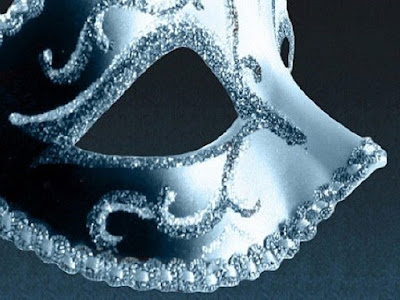 There is a lot this weekend in the Catholic press and online about a proposal to establish mandatory sex education in schools for children from the age of four. Since the reasons Catholics and others are worried about this are not always articulated very clearly, I thought I would try to set at least some of them out.

The problems can be summarised under three headings: the content of typical sex education; the classroom context in which this education is delivered; and the role of the state vis-a-vis parents. In this post I'm only going to talk about the first of these, the content, although the others are important as well.


Interviewed alongside SPUC's excellent Antonia Tully, a certain Lucy Russel (sp?) on BBC Radio Cardiff (listen here), who campaigns for sex education (sounds an interesting job), tried to reassure listeners about the proposal by saying that, of course, it would be 'age appropriate'. Four-year-olds would not be told about sex positions, but about 'holding hands', and asked about whether they were comfortable with people holding their hands and so on.


This is helpful because it reminds us that, contrary to many claims made about sex ed, it is not primarily about giving young people necessary information. No useful biological information is going to be imparted to four-year-olds. With older children the sex ed programme competes with an avalanche of information available off the internet. (There are ways of stopping this flow of information, at the level of the state and of the family, but the sex ed people show little interest in doing this.) No doubt there are gaps in information gleaned at random from Google, but the educators' most urgent task, as they see it, is to set the information children are getting anyway into some kind of moral or ideological context. The reason the sex ed industry wants to get their hands on children as young as this is to lay the foundations for their favoured ideology of relationships.

I want to make as clear as possible that the educators' concern is a comprehensible one, before I show what the problem is with their response. The problem which is emerging among young adults is a sexual culture which is totally amoral, in which people seek to satisfy desires fuelled by pornography, with the help of dating aps like Tindr, without any regard for the harm which may be done to their partners or offspring. The task set by the Government for sex education is to place some kind of moral restraint on this culture, by insisting on 'responsible parenting' (i.e. contraception), and a concern for consent in sexual relations.

It should be noted that the common criticism that state-sponsored sex ed is 'values free' is the reverse of the truth. It is of course impossible to give values-free education: even the choice of what information to impart reflects and fosters certain values, namely judgements about what is important--that is, valuable--and what is not. Sex ed, indeed, is as much as possible a purely values-focused education. You can see why they don't shout this from the housetops, however, since if you admit that what you are going to do is to inculcate a carefully-engineered set of values to children as young as four, who clearly have few resources to assess or reject what is offered or decide for themselves, then it inevitably raises the question, from parents, of whether these values correspond to their own.

So let's take a closer look at the values, which can best be described as an ideology of relationships. What the Government wants is fewer 'unwanted pregnancies' and fewer rapes. Admirable aims, one might think, in themselves, but in the interests, I suppose, of efficiency, they try to take the shortest possible short-cut to achieve this. The problems with promoting contraception should be obvious to the readers of this blog, so I'll focus on the question of rape, which is what is ultimately at issue with the education in hand-holding to be given to four-year-olds.

The way to combat rape, the reasoning goes, is to emphasise the importance of consent. But in order to make the message more palatable, and not look like an old-fashioned taboo (which, of course, it is), this message is accompanied by the constant reiteration of the idea that, given consent, everything is ok. The need for consent is the only limit on the morality of sexual acts, or, to express this in a different way, you can do whatever you (and the other people involved) are 'comfortable' with. If you don't feel comfortable with a particular proposal, you can and should say 'no'. If you do feel comfortable, then go ahead, that's fine (with the appropriate contraception in place, naturally).

One problem with this, which could easily be missed, is that it is unlikely that either the people who created this ideology or those who deliver it in classrooms actually believe it. It is in fact only believed by sexual libertines of an almost sociopathic extreme; ordinary men and women have at least a troubled conscience about sexual infidelity, for example, and promiscuity, and much more than that about incest, bestiality, and a few other things which I hardly need to mention.

If you don't believe me, just consider what reaction you would get if you called the average 25-year old woman a slut. She will reveal a certain moral sensitivity to that accusation: she cares about whether her sexual standards are perceived as too low. For it is not just a personal thing, a matter of taste, how many people you choose to sleep with: it is something which has a social importance, which is reflected in the way that others view you. Or so your 25 year-old friend will explain, a little breathlessly, when she has finished crushing your skull with the nearest blunt instrument.

It is a problem that the teachers delivering the message do not believe the message, both because it is an indication that the message is not readily believable, and because they will not make good advocates for it. The core message of sex ed is actually make-believe, which is part of the reason it does not have the effect on children that its designers hoped it would have. It is a sort of official ideology to which everyone must pay lip-service, but which everyone snaps out of as soon as they are off-duty.

Another problem with the ideology is that it is undermining of many legal limitations on sexual freedom, particularly the age of consent. When footballers go to bed with 15-year-olds they do so after more than a decade of education in the maxim: 'if there is consent, then it is ok'. Internalising this message can land you in prison for a long time.

Another problem is raised by domestic abuse. Thanks to the 'Fifty Shades' books and films, sado-masochism must be officially ok: it's just a matter of consent, isn't it? Whatever kind of brutalisation or humiliation is involved, it is all empowering and feminist-approved if there is consent. The problem is that within an abusive relationship the concept of consent can get a little over-stretched. Did I just write 'abusive relationship'? The sex ed ideology wants to replace any objective notion of an abusive relationship with a subjective understanding: it is ok if both parties consent. If everything comes down to consent, if there are no objective criteria (clinical depression? bruises?), you are literally handing a 'get-out-of-jail-free' card to a sufficiently manipulative abuser. The use of psychological pressure to establish and maintain some kind of 'consent' is the very first thing that happens in abusive relationships.

Even worse is the related problem of child abuse. As Caroline Farrow puts it at the end of her post on the subject, sex ed as we know it is a 'groomers’ charter', because it undermines children's natural sexual reserve. The idea is that the best way to protect children from abusers is to emphasise to the children that they have the right to say 'no'. This plays into the hands of the abusers, however, who want nothing better than an opening for conversations with their targets in which these intimate matters can be frankly discussed, and their 'consent' winkled out. It isn't real consent, of course, because, as the law correctly says, young children are incapable of giving consent to sexual acts. You'd think that this would be enough to throw doubt on the idea that they need to hear about nothing but consent, consent, consent, all the time in sex ed. In any case, what the abuser of children, like that of adults, typically wants is some form of guilty acquiescence, and he (or she) is going to have the best chance of getting it if the child thinks that the only thing wrong with a proposed act is his or her own feelings of discomfort, which may be alleviated by familiarity.

What the child needs to know is that the paedophile's proposals are wrong and that people who make those proposals are bad people. What an adult in an abusive relationship needs to know is that a partner's cutting them off from their family and friends, psychological degradation, and physical assaults, are wrong and the person who is doing does not, really, love them. You might assume that our modern sex educators would be keen to tackle these problems, but what they are doing is handing the keys to the trust and intimacy of the most vulnerable over to manipulative abusers.

Riddle me this, you sex ed campaigners. If a young woman does not feel comfortable about performing a sex act, but feels even more uncomfortable about enduring peer pressure, bullying, and ostracism, if she does not perform it, and accordingly, after considering the matter, performs the act: what sort of consent was that? Sex education, by robbing her of any objective moral compass apart from her own decision to do it or not do it, has opened her up to blackmail and manipulation like an oyster. And the reality is that performing sexual acts on demand for the school bullies is not good for young people's self esteem, personal development, or mental health. I want to say to these sex ed people: you idiots, can't you see what you are doing?

It is a sad day for education when proposals like this are taken seriously, but the current situation has been a long time in development. Parents need to find out exactly what their children are being exposed to in sex education in school, and take responsibility for protecting their children.