Islam and the decadent West 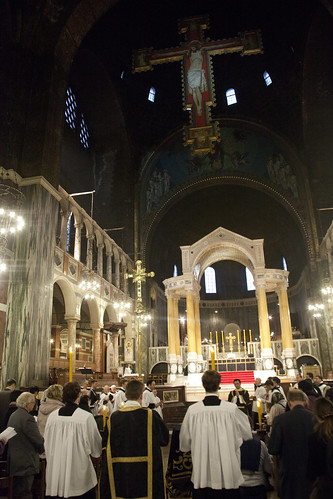 Reposted from the time of the Paris attacks, November 2015. Requiescant in pace.

I've not had time to write anything about the terrible massacres in Paris. It was good to be able to attend a solemn Mass for the dead the day after the killings had taken place. Every Mass for the dead, and practically all traditional prayers for the dead, even if they are for the benefit of a specific person or group of persons, is also for 'all the Faithful departed'.

May they rest in peace. And may God protect us all from an unprovided death.

I've done a number of blog posts criticising the approach to understanding and tackling Islam taken by various people, notably the zealous Evangelical David Wood, and the American Syrian Catholic Robert Spencer. In the comments to one of these posts a reader recommended a book by a Jesuit who hails from the Levant, Samir Khalil Samir, which proved to be excellent. Samir has given a very interesting interview to Edward Pentin, in which he explores the way the West is seen from the Arab Muslim perspective, an important factor, obviously, in these attacks.

Here are some extracts:

Muslims know that modernity is coming from the West; this is a fact. Now they see the West as having lost its ethics, especially on sexual questions. They’re very shocked by what they see or hear. … So they say this comes from modernity. They want to reject the excesses and abuses of some principles, but end up rejecting the whole thing. The problem is that the West is responsible, without knowing it, of the reaction of the Muslim world.

This means we are partly, indirectly responsible for the fanaticism that is spreading more and more in Islam, as a reaction to the West — not only, but this also — and playing a role in the radicalization of Islam. 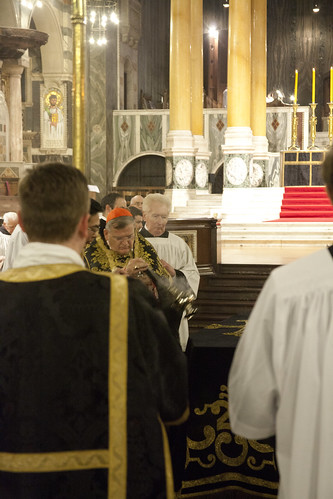 We have to be careful, in responding to terrorism, that we don't allow acts of terror to give a kind of legitimacy and political importance to extreme views, views unpopular even with an ethnic or religious population the terrorists claim to represent. 'Most Muslims reject the ideology of ISIS', goes the mantra, and I have no doubt that it is true. What we do need to do, however, is to consider the issues which give terrorists whatever degree of popular support they do have, for by dealing justly with the legitimate concerns of the population from which the terrorists come, one can begin to drain the swamp.

So rather than looking at terrorists' demands, if indeed they have any coherent demands, it would be better to look at the much bigger picture of the religious revival the world is currently undergoing. Demanding and vigorous versions of several strains of Islam, Hinduism, Buddhism, and Pentecostalism, have all taken off in the decades since the end of the Cold War. What they have in common is a rejection of Western materialism, which they associate with Western political hegemony. The package they offer has had considerable appeal not only in former colonial countries, where resentment of the West might be expected, but in the West itself, and not only among the dispossessed, but among the comfortable and educated. You don't have to lack material possessions to experience the emptiness of materialism: on the contrary. Islamic terrorism, like the Hindu and Buddhist mobs who burn down churches, are an extreme manifestation of this much bigger phenomenon. The anti-Christian violence comes, as Samir notes, from an association of Christianity with Western values. But as a matter of fact, the recent Paris attacks targetted, among other things, a Rock concert.

The Eagles Of Death Metal band was in the middle of the show when the assailants attacked the Bataclan.
Pseudonym of its singer: The Devil Jesse Hughes. In a European tour to defend their new album Down Zipper (!), the first in seven years, the rockers were playing on stage the Title: Kiss the Devil when the first shots were heard inside the room… 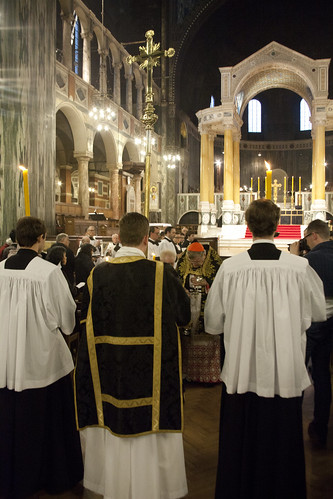 Western culture has major aspects which are an affront to God, to the Natural Law, and to Reason. What I have argued here, is that what we urgently need is a critique of the decadent West which is specifically Catholic, at once sane and radical. As I wrote:

"The problems posed by the de-secularisation of the world are not going to be solved overnight, but we can do something to stop making things worse. We can assert the Catholic critique of the decadence of Western culture, especially sexual culture. If there is one concrete gesture which might make those being drawn towards militant Islam stop and think that, perhaps, the Catholic Church may not be part of the problem they are trying to address, then it might be the restoration of head-coverings in church by Catholic women in the West. This would signal a rejection of both decadent sexual mores and of the attack on the difference between the sexes.

"Contemplate the likelihood of this happening any time soon, and you will glimpse the depth of the problem."