Cross-posted from the Guild of St Clare blog. 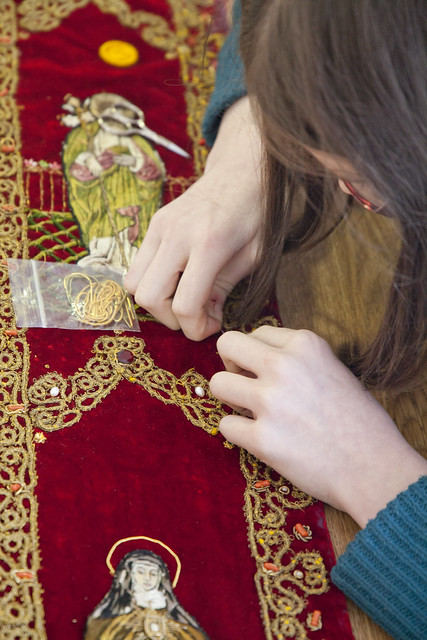 This year's spring Guild of St Clare Sewing Retreat, like last year's, took place in the snow: last time it was the 'Beast from the East' in early March. By now we knew the route up Boars Hill which doesn't turn into a toboggan run for cars, so the disruption was manageable. I had even bought the car some 'snow socks' and other widgets for bad weather, which came in handy. 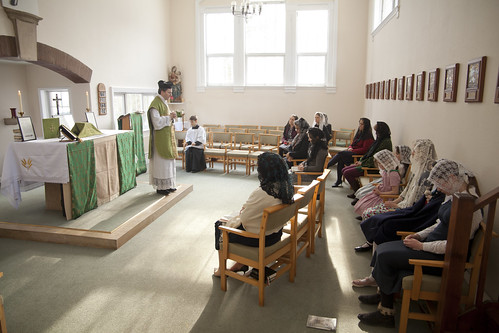 The last day of the Retreat, Sunday, also happened to be St Blaise's feastday, and we had the Blessing of Throats. 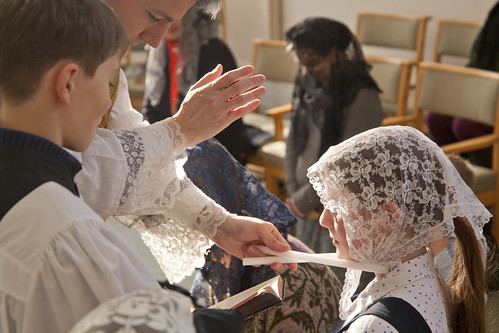 Lots of sewing was done, and various large projects for the Latin Mass Society and others were brought closer to completion. The Retreat was sold out--numbers are limited--and much edified by Fr Edward van den Burgh's spiritual conferences, Masses, and other devotions, and also by his joining in the sewing himself! He went home with advice on the repairs of one liturgical item he had brought with him and completed repairs on others. 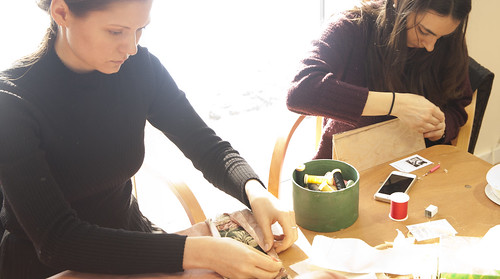 Many thanks to the Guild of St Clare for organising another successful retreat!