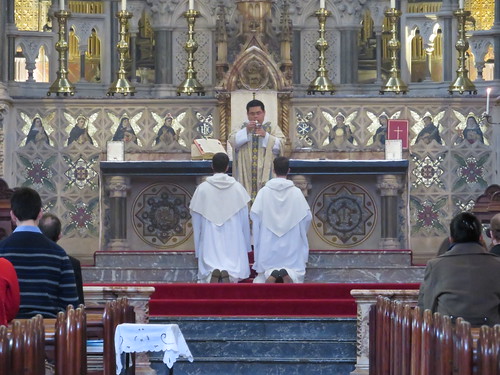 I was privileged to sing at a beautiful Dominican Rite Mass in London last Saturday, which opened a 'Retreat' organised by the New Evangelisation Committee of the Catholic Medical Association: Joseph Nunan indefatigable team. The Mass was sponsored by the Latin Mass Society. 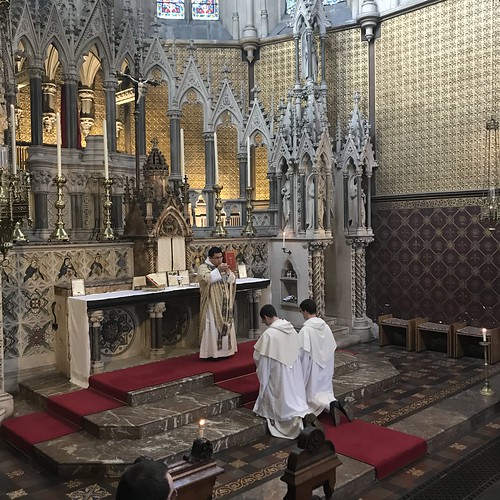 St Dominic's, Haverstock Hill, now a Shrine to the Rosary, is a magnificent church. Mass was celebrated by Fr Lawrence Lew OP. The Dominican chants were extremely interesting and not all that straightforward, despite their close relationship with those of the Roman Rite for the feast of the day: St Cyril of Alexandria. The Schola Abelis of Oxford (or small part thereof) was led by Dominic Bevan. 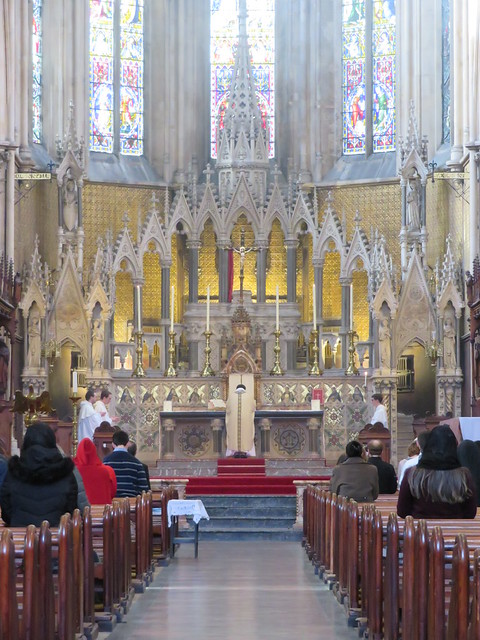 It is a very encouraging sign of the times that this event was organised and so well attended. One of the organising committee wrote on Facebook about the event as a whole:

Thank you to everyone who attended the CMA Youth Day-Retreat on Saturday 9th Feb at the Rosary Shine at St Dominic's Priory, Haverstock Hill, London.

About 100 young people attended. It was a prayer-filled day, starting with Mass celebrated in the traditional Dominican Rite. The Mass is the source and summit of the Christian life, and essential for those of us who work in healthcare.

Friar Philomeno, from the Franciscan Friars in Gosport, kicked off the talks with an inspirational introduction to the life and work of Fr Patrick Peyton and his Rosary Crusades. Then we heard a powerful story from one of our Catholic nurses, who, with her family, cared for and prayed for her dying father.

After processing round the beautiful Rosary Shrine side chapels reciting the Joyful Mysteries, we had some light refreshment, then went straight into the final two talks of the day: on what it is to be a Catholic man and a Catholic women.

Thank you to all who came and all who helped. Thanks be to God for His abundant blessings. We hope to put on a similar retreat-type day on a yearly basis for the youth of the CMA, for ongoing spiritual nourishment! Photos and talks hopefully to follow.

...Have you said your Rosary today? 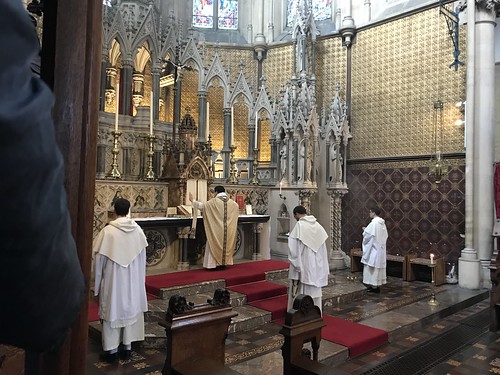 The CMA's next 'New Evangelisation' event will be: