More photos of the Walingham Pilgrimage 2019 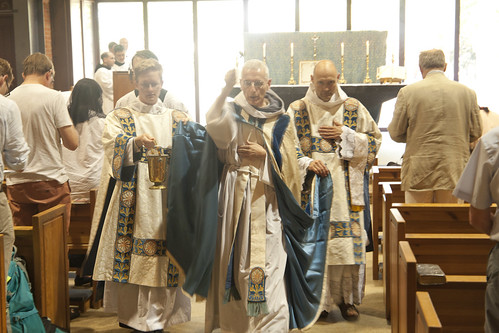 Fr Terrance Naughton OFM Conv was the celebrant at the High Mass in the Catholic Shrine's Reconciliation Chapel. Since it was a Sunday, we had the Asperges, though in the Shrine it is possible to have a Votive Mass of Our Lady. 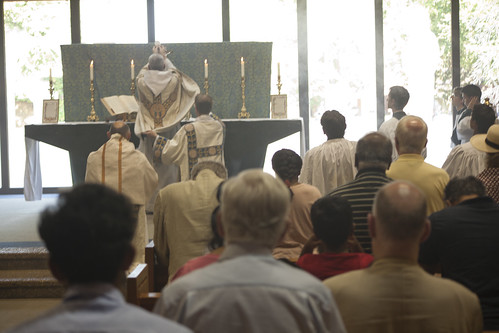 The chapel presents a challenge for photography, with strong sunlight pouring through the windows behind the altar. 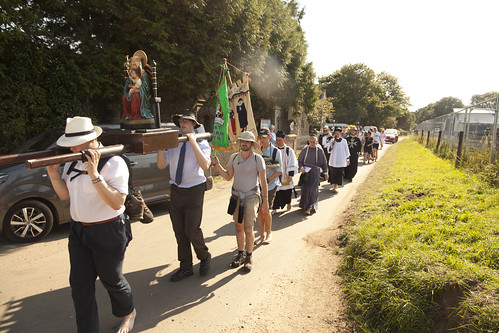 We begin the procession to the site of the Medieval Shrine in the ruined Priory: the Holy Mile. 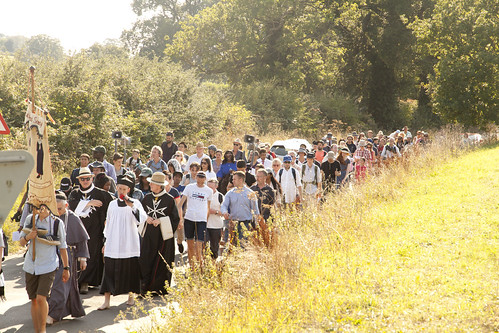 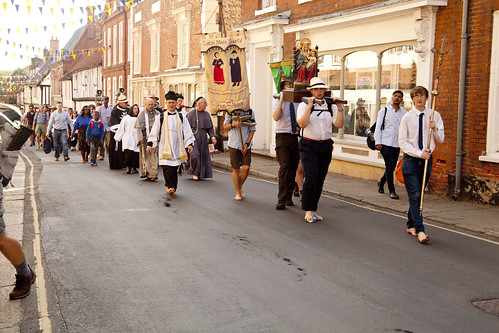 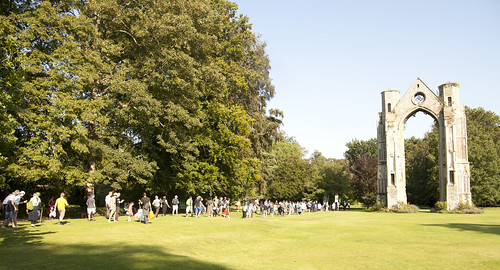 At the site of the Holy House, which was the original shrine at Walsingham dating to before the Norman Conquest, we have a final series of devotions. We finish the Rosary we began on the procession, sing the Te Deum, the Litany of Loreto, and Faith of Our Fathers, and finally have the blessing of returning piligrms from the Roman Ritual. 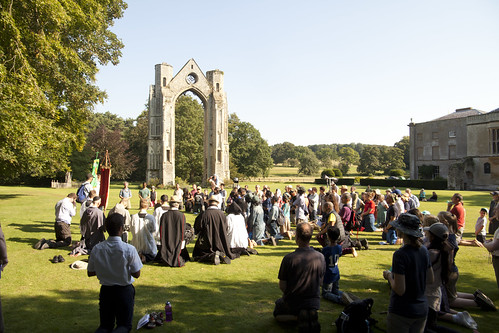 In the meantime pilgrims venerate the statue we have carried for the last 15 miles. This has been blessed for public veneration; we also use it for the Oxford Pilgrimage. 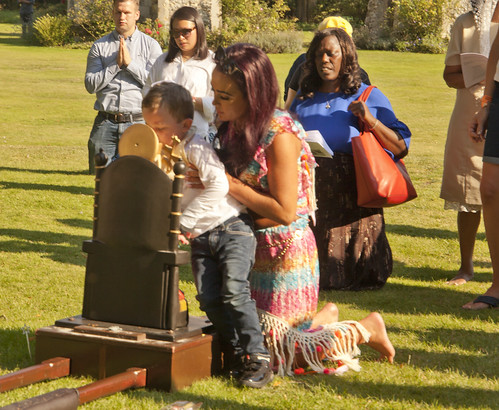 Thus ends the Pilgrimage. For pilgrims staying the night locally, we always have a Sung Mass in the Slipper Chapel on Monday. This medieval chapel marked the start of the Holy Mile; since it came back into Catholic hands in the early 20th century, it has been restored and become the centre of the Catholic shrine. 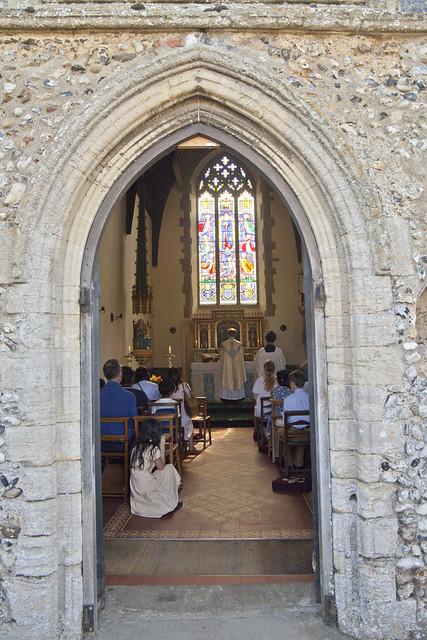 This year our Sung Mass was followed by two Low Masses, back to back, celebrated by different priests: above, by Fr Henry Whisenant, and below, by Fr Philomeno. 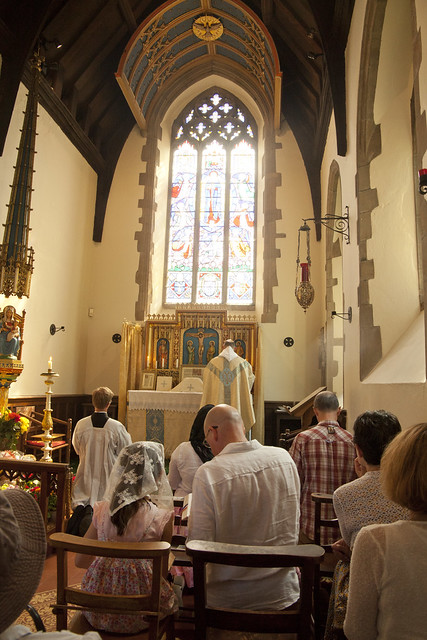