Sohrab Ahmari: the story of his conversion 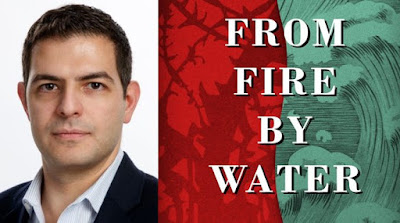 My latest on LifeSite.
I have just finished reading ’s From Fire by Water (Ignatius, 2019), an engaging, perceptive, and edifying account of his spiritual and intellectual journey from a not-very observant Islamic early childhood, to Catholicism, with a lot of secular modern allegiances in between.
Ahmari was born in Iran to a secularized, middle class, intellectual family. Having some access to American culture, especially films, Ahmari was thoroughly seduced by the American way of life before he had any personal contact with it. When he and his mother managed to emigrate to America when he was 13, the reality of a financially precarious life in rural Utah was a letdown. He was a precocious reader and in time discovered Nietzsche and the Existentialists, drifting into Trotskyite Communism and then Post Modernism as he passed through college.
Continue reading.