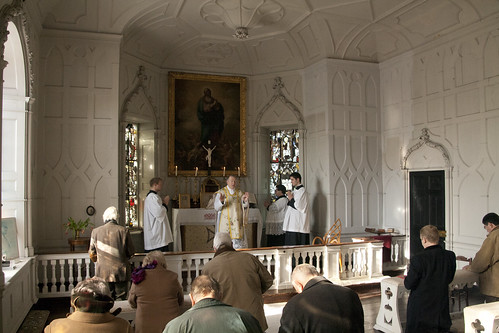 Fr Anthony Conlon died last night after a long illness. He had been the National Chaplain of the Latin Mass Society for many years until 2009 and continued to celebrate Masses for us in many different places.

He was a priest of Westminster Archdiocese but became Chaplain to the Oratory School, and when he retired from that he became Parish Priest of nearby Goring. This was in my own area of local activity so I often asked him to celebrate the 'occasional' Masses I organise around Oxford in odd places.

He was also for many years a Chaplain of the British Association of the Order of Malta, and in this context could be addressed as 'Monsignor'.

These photographs show him celebrating the Traditional Mass in the chapel of Milton Manor; in Our Lady of Light, Long Crendon; Our Lady and St Anne, Caversham (at the LMS annual Pilgrimage to Our Lady of Caversham); in St Mary Moorfields (for the 10 Year annivesary Requiem Mass of Micahel Davies); and in St James', Spanish Place (for the Requiem of Prince Rupert Loewenstein).

Another image of him in Milton Manor adorns the front cover our our Ordinary Prayers booklet.

We will organise a splendid Requiem for him of course: as soon as we can. In the meantime he richly deserves our remembrance and prayers. 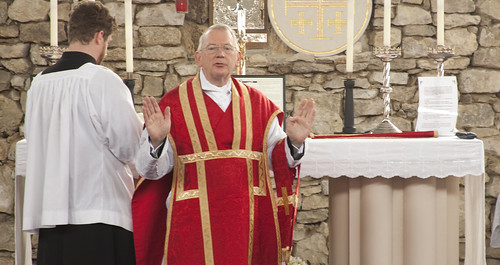 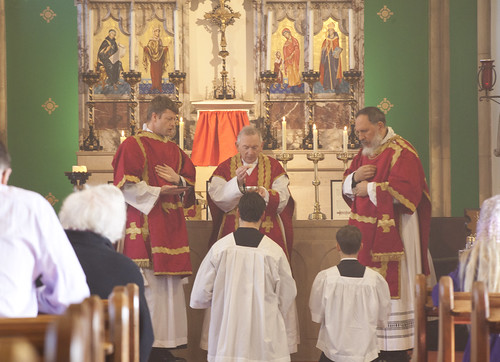 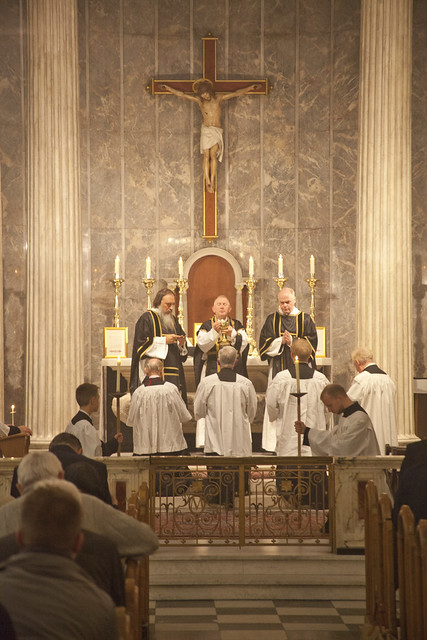 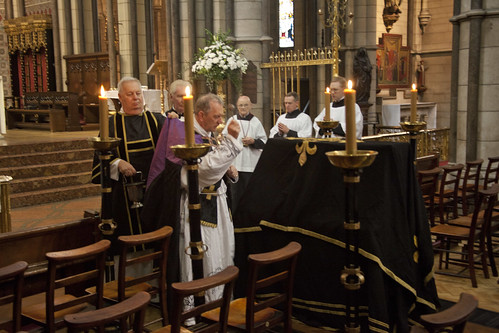