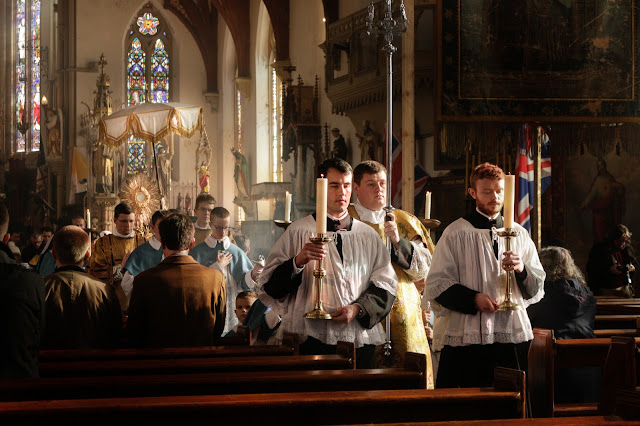 Following a diocesan reorganisation to cope with the falling numbers of priests and church attendees, St. Walburge’s faced being decommissioned and was given a seven-year stay of execution in 2008. St. Walburge’s would have closed if no other use for it had been found. The church was locked apart from one Mass per week and the future looked bleak.

After a time of reflection between the Rt. Rvd Michael Campbell, Bishop of Lancaster and Monsignor Gilles Wach, General Prior of the Institute of Christ the King Sovereign Priest, St. Walburge’s secured a new lease of life. Today, it is a centre for Eucharistic Adoration and celebration of the sacraments in the traditional Latin form beloved by saints and generations of Catholics. The traditional Latin Mass is celebrated daily and the congregation is growing as new people discover its timeless beauty and reverence. 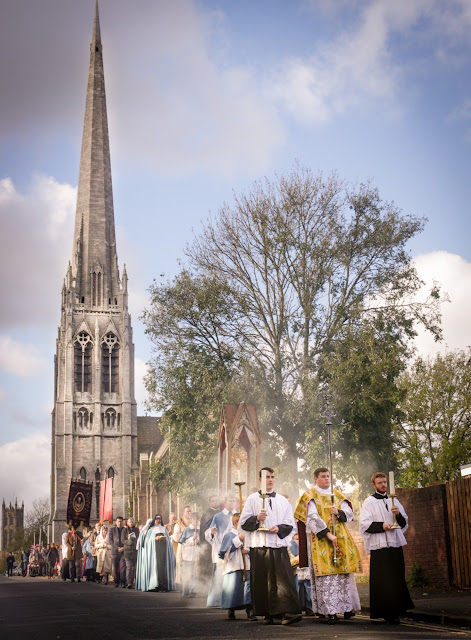 The years of neglect have taken their toll, however, on this remarkable monument to the faith and sacrifices of our forebears and the extreme weather we have experienced over the last few winters has accelerated the problems. The need for a new roof has become urgent if even worse damage is to

be avoided.  It is raining inside in various places, including onto the unusual war memorial altar with its medieval crucifix. The heating system was removed because it was beyond repair, so the congregation and clergy are managing without adequate heating as winter approaches once more. Dry rot in the parish hall, a Grade 2 listed building, is also a cause for concern. The immediate need is for £500,000 to tackle the most pressing repairs.

In addition to the vital repair works, the Canons and people would like to restore St. Walburge’s to its former magnificence by reinstating the sanctuary with its fine marble altar rails to its arrangement before the reordering in the 1970s, improving the lighting and redecorating.  The stunning Victorian stained glass is currently at risk and needs protection.

The Canons and people of St. Walburge’s would be very grateful for any help you can give to restore this remarkable church for the glory of God, and ask especially for your prayers for the success of this huge project. Thank you.

Link for joining the Friends of St. Walburge's:

Link for the restoration appeal: