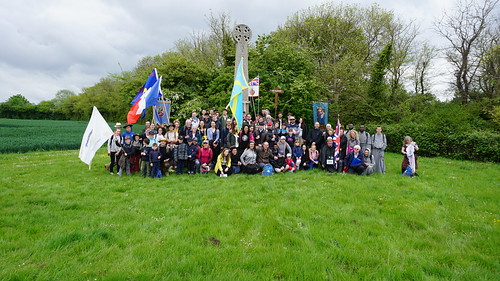 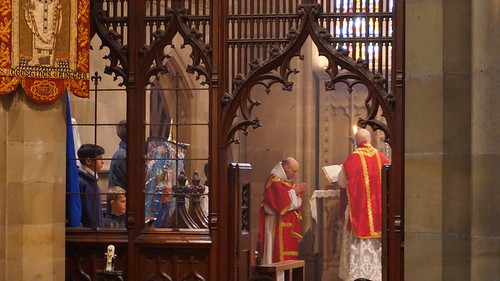 Mass in the Shrine of St Augustine, Ramsgate, celebrated by Fr Christopher Basden. 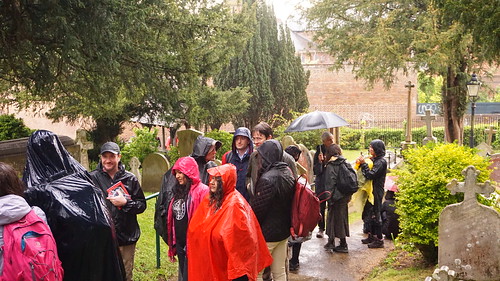 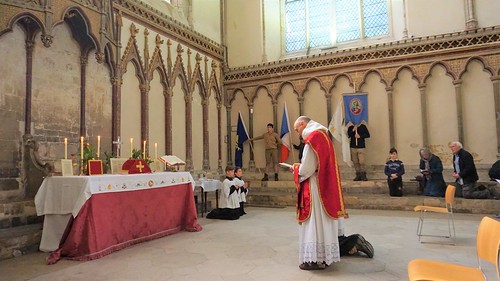 Mass in the Chapter House of Canterbury Cathedral. Mass was said by Fr Philomeno of the Gosport Friars. Various confreres of his are to be seen in other photographs. 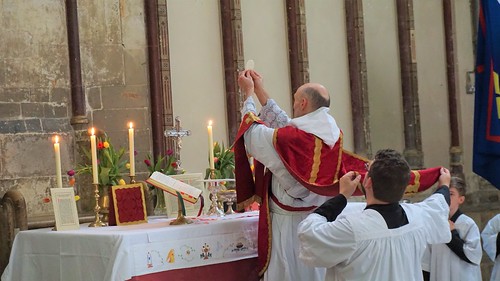 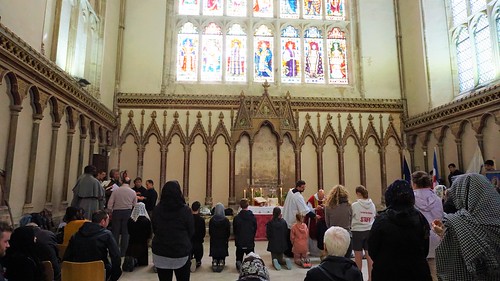 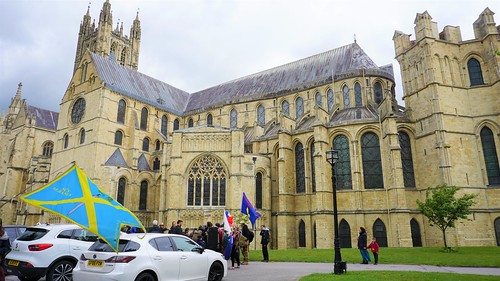 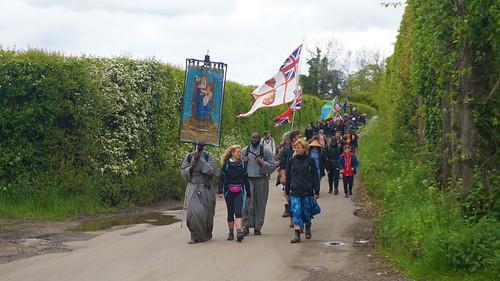 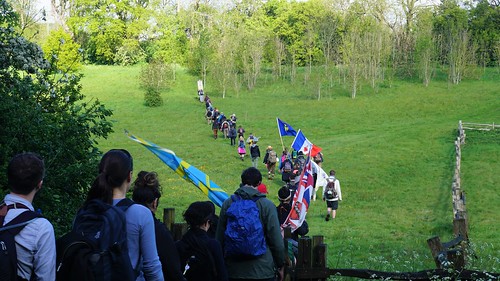 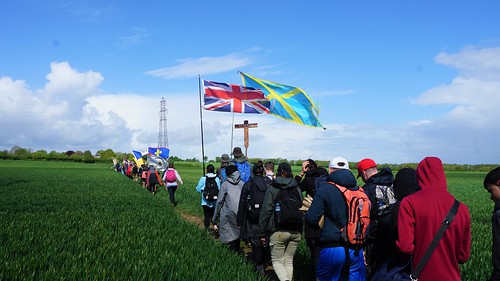 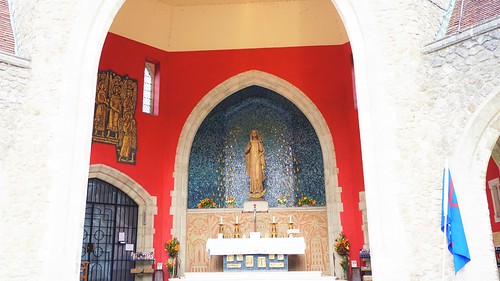 Mass in the Shrine of Aylesford, celebrated by Canon Martin Edwards, assisted by Fr Basden (as deacon) and Fr Finigan (subdeacon).
It's a pity there are no photographs of the Mass taking place, as we think this is the first time for decades this altar has been used for the Traditional Mass. It is under cover, but faces an open-air chapel, used by big pilgrimages. The regular LMS Pilgrimage to Aylesford uses the Relic chapel to the left. 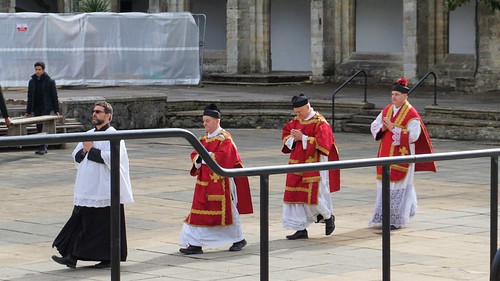 The red vestments used throughout the pilgrimage were lent by the Latin Mass Society. They had been undergoing very extensive repairs by the Guild of St Clare, and these had to be accelerated to make the loan possible! The chalice vail, burse, and humeral veil are all brand new, and were being used for the first time. A lot of work also went into the other items.