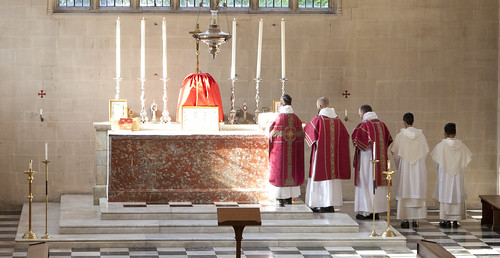 This pilgrimage was initiated by me as the Local Representative for Oxford of the Latin Mass Society back in 2005. It honours two batches of martyrs: four in 1589, who died on the Town Gallows, and another in 1610, on the Castle Gallows. After Mass we have a procession to one of the two sites of martyrdom: both are (thanks to our efforts) marked with plaques naming the martyrs which have been blessed, by Archbishop Longley (in the Castle) and by his auxiliary bishop Bishop Kenney (the site of the Town Gallows). 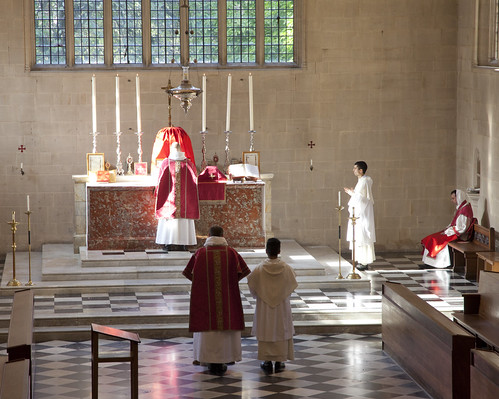 The Epistle
In recent years the Mass has been a High Mass in the Dominican Rite in Blackfrairs. This year was the turn of the procession to the Town Gallows. Fr David Rocks was celebrant with Br Matthew Heyene and Br Albert Robertson as deacon and subdeacon; Fr David led the procession. 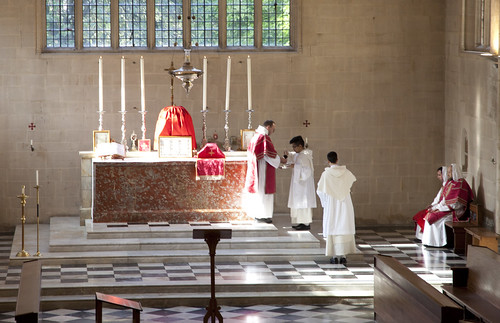 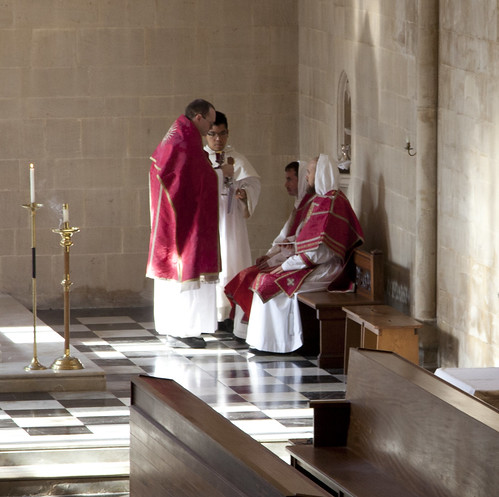 Preparing the chalice: this takes place while the schola sings the Gradual and Alleluia. 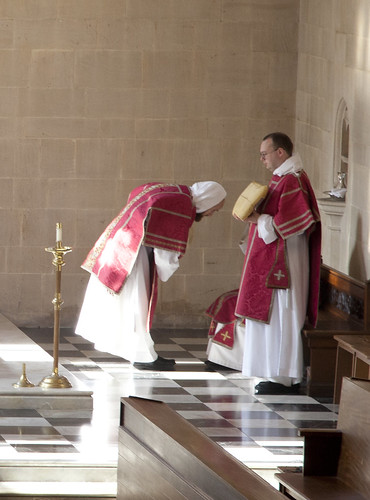 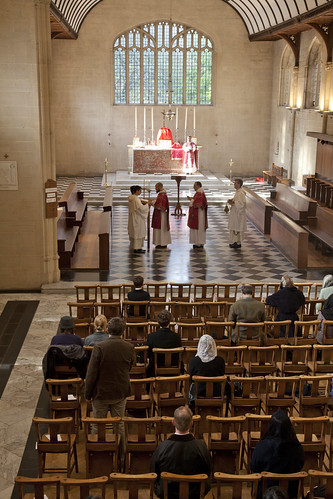 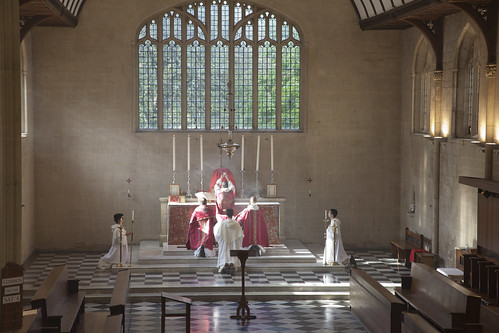 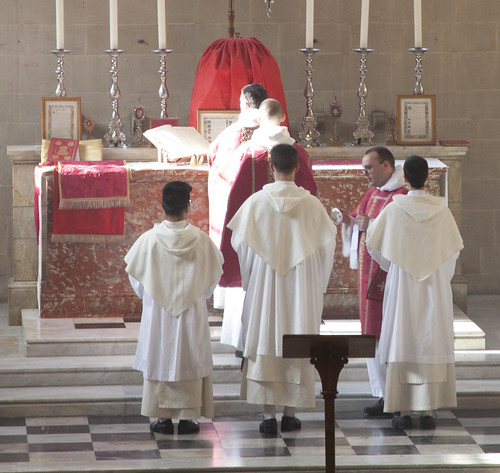 The Pax, using a silver Paxbrede. 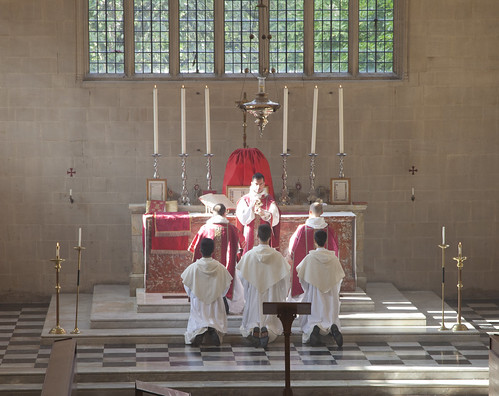 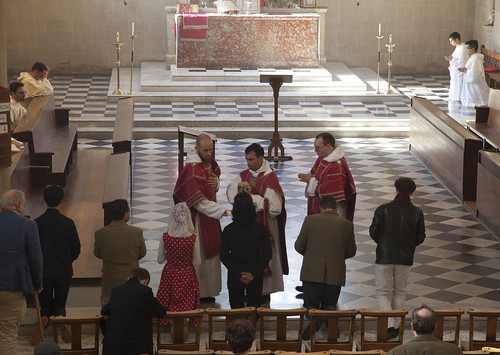 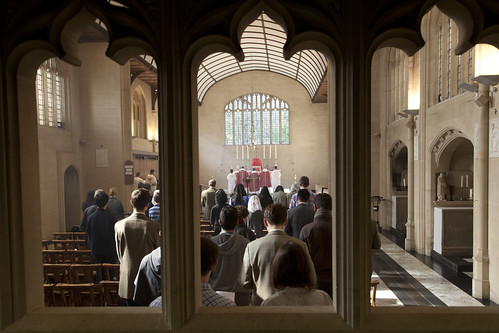 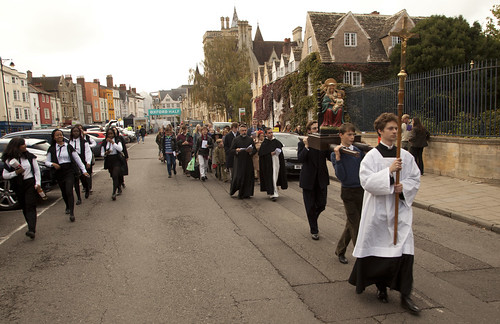 The procession. This goes to the site of the martyrdoms of 1589, or as close as it is possible to get. The gallows were outside the corner of the city walls, which are still preserved in the gardens of New College, directly behind the end house of Holywell Street. That's the house with the plaque on it, recording this fact.
This year we have appeared in someone's video of matriculation uploaded onto YouTube: see us at 33 seconds in. 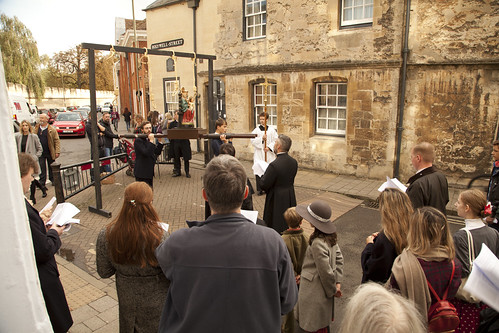