LMS Pilgrimage in honour of the Chideock martyrs 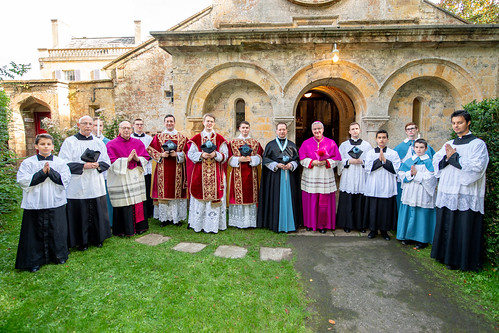 Chideock, near Dorchester in Dorset, has several Catholic martyrs associated with it: it was throughout penal times a recusant Catholic house with a chaplain who ministered to the local faithful. There were martyrdoms in 1587, 1588 (a martyr in chains); in 1594, and in 1649: more details here. 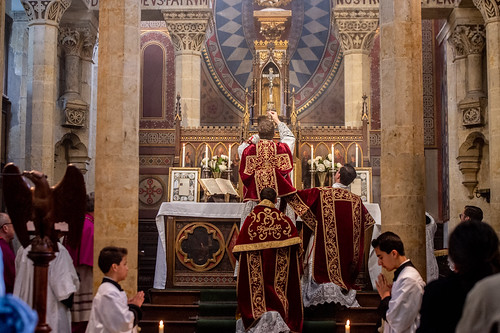 These local places of martyrdom outside London are unusual, and the more precious. In Chideock, near the Catholic recusant house where Fr Cornelius had been chaplain, a stunning church was built in their honour in 1874. 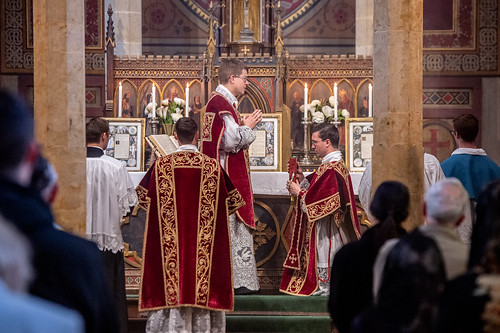 Last Saturday, for the second time, the Latin Mass Society organised a splendid pilgrimage there. A High Mass was celebrated befor Bishop Mark O'Toole of Plymouth, by Canon Scott Tanner ICKSP, assisted by his confreres Canon Poucin (deacon) and Abbé Carlile (subdeacon).
Canon Tanner has just taken up a new apostolate in the diocese, in Torquay. 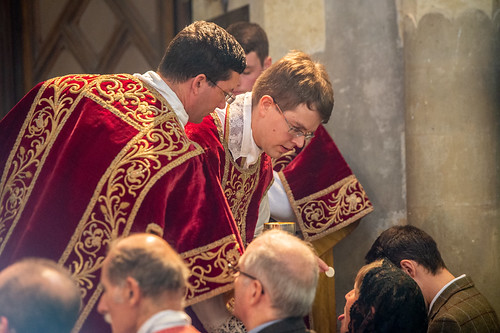 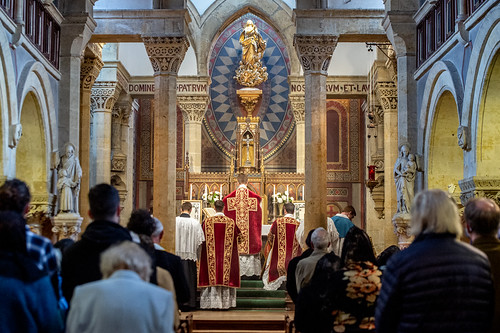