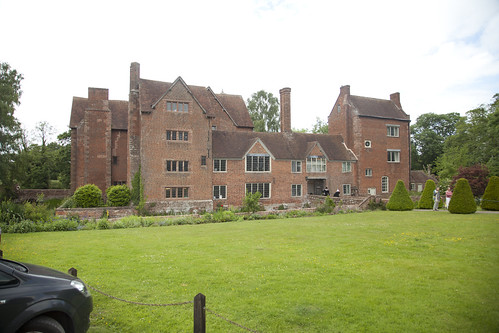 Last Sunday I joined a pilgrimage to Harvington Hall, with Mass in the parish church which is close to it. Sung Mass was celebrated by Fr Douglas Lamb.
Harvington Hall, a moated Tudor manor house, has the largest number of surviving 'priest holes' (priest hides) of any house in the country: seven. Many are very impressive: hidden under stairs which can be lifted up on hinges; up a fake chimney; and behind a swinging beam. Many of them were built by the Jesuit lay-brother, St Nicholas Owen, who himself was martyred in 1606. 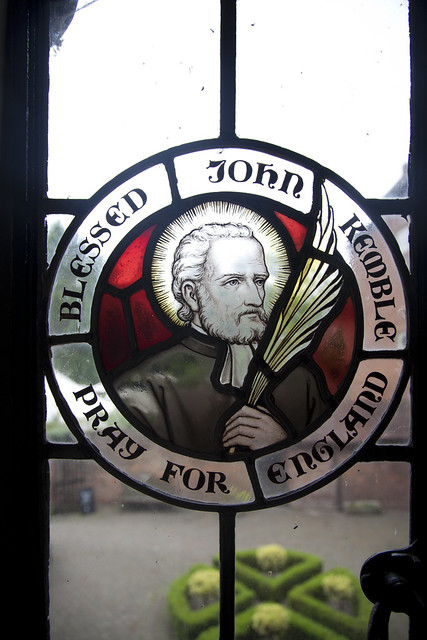 It was the base of the martyr St John Wall (d. 1679), who died alongside his fellow priest, the Welshman St John Kemble. 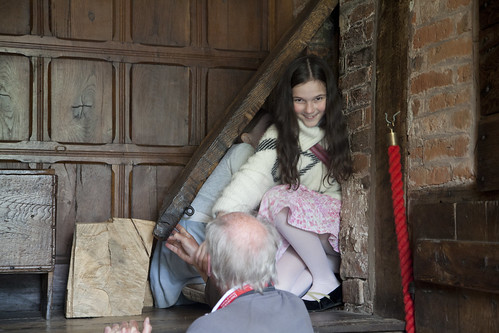 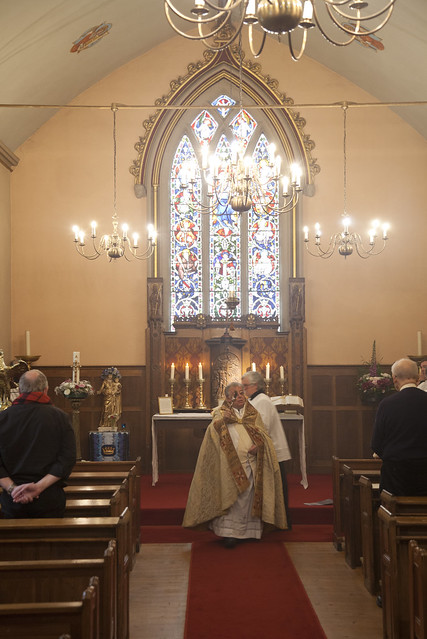