Indifferentism and Praying for the Queen and the King 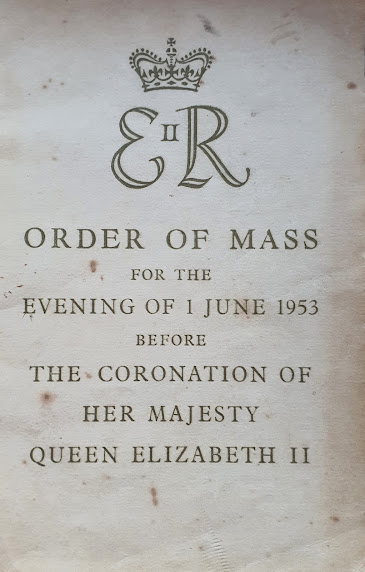 I know some traditional Catholics have misgivings about praying for the late Queen and for King Charles.
Under the old Code of Canon Law, Requiem Masses could be said for non-Catholic Christians but these could not be publicly advertised as such. At least, this was the way Canon 2262 was enforced, though the canon referred to people who were excommunicated. Non-Catholic Christians are not usually personally guilty of the sin of separating themselves from the Church.
[Edit: Canon 1240 of the old Code / 1184 of the new are about 'Ecclesiastical burial' which is not at issue here, but in any case still have in mind Catholics who have fallen away, either 'notorious sinners' or heretics, apostates, and schismatics. See comments.]
Again, non-Catholic monarchs would not normally have the Prayers for the Sovereign said for them at the end of Mass.
Today, the first rule does not apply. On the second, permission for this was given for England and Wales, dating back to 1789.
The rules on exactly what level of communicatio in sacris (sharing in sacred things with non-Catholics) gives rise to an unacceptable risk of religious indifferentism (the attitude that all religions are equally valid) have varied over time: it is a matter not of doctrine but of discipline.
There was certainly sense in the old rules: they emphasised the wall around the Church, and this wall, this solidarity, was part of why made the Catholic community cohesive, and therefore attractive to stay in or to join. The massive rates of lapsation, and the collapse of conversions, since the 1960s, are directly connected with the breakdown of the attitudes which the old rules articulated and reinforced. We cannot, however, improve the situation by pretending that the old rules are still in force. Building up the sense of community, the sense of difference between inside and out, and the sense of urgency about the conversion of non-Catholics, is essential to the renewal of the Church, but it can't be done by gestures which lack the context which makes them make sense either to Catholics or to those outside.
There are many things we can do instead to promote Catholic solidarity, and we in the Latin Mass Society are doing them. I hope you, dear reader, are doing them too: a concern with the Catholic content of children's education, and public witnesses of the Faith in pilgrimages and processions, are obvious examples.
Refusing to pray for Queen Elizabeth and King Charles today would look not just rude, but a failure to do what we can to give them our spiritual support, and to do so publicly. The importance of this for English Catholics in particular has been very acutely recognised by our predecessors in the Faith going back centuries, and we do well to place ourselves in the tradition they established.
Not only did they have Prayers for the Sovereign after the principal Mass on Sunday, but preceding the Coronation of Queen Elizabeth in 1953 the Bishops of England and Wales ordered a triduum of Masses to be said for her. I have been sent a scan of a booklet for the final one of these Masses. It was a Votive Mass of St Augustine of Canterbury, followed by the Te Deum and the Prayer for the Sovereign. The booklet was clearly distributed all over the country, as it includes the variations on the orations used for St Augustine in certain dioceses. Special permission of course would also have been needed for a Mass in the evening, back in 1953; general permission for evening Masses didn't come until 1957.
Catholic dioceses, parishes, and organisations should all consider how best to support King Charles in prayer, particularly at the time of the Coronation. The Latin Mass Society, naturally, will be organising a Traditional Mass for this intention, as soon as the date is announced. On Monday a Requiem will be said for Queen Elizabeth in Corpus Christi, Maiden Lane, in London; on the 'month's mind' of Her Majesty's death, Saturday 8th October, we will have an even more splendid Requiem Mass for her in St Mary Moorfields: full details to be announced.
This is the Preface of the booklet from 1953, by Cardinal Bernard Griffin, who died in 1956.

IN her broadcast message to her people last Christmas Her Majesty Queen Elizabeth II asked us all to pray for her at the time of her Coronation. None of us can fully appreciate the immensity of the burdens which Her Majesty assumed on her accession to the throne but we c all lighten those burdens, not just by our loyalty and devotion, but most of all by our prayers that Almighty God may guide her in her appointed tasks.
In response to the Queen's request for our prayers, the Hierarchy of England and Wales has directed that the three days prior to the Coronation be observed by Catholics as a Triduum of Prayer that God may bless Her Majesty and her realms. Throughout these three days our people will pray earnestly for this great intention. Moreover, it is the Bishops' wish that the entire Catholic community in England and Wales be united in prayer for the Sovereign on the Eve of the Coronation itself. In every public Catholic church throughout the country Mass will be celebrated at 8 p.m. on the evening of 1st June, and this souvenir booklet provides the Order of Ceremonies which will be followed. The Mass will be the culmination of our Triduum. It will be the supreme moment at which the Catholics of England and Wales will be asking God's blessing upon our Queen. In the words of the prayer which we shall recite with such fervour that evening: God save Elizabeth our Queen, now by Thy mercy reigning over us. Adorn her yet more with every virtue. Remove all evil from her path.
+ BERNARD CARDINAL GRIFFIN
Archbishop of Westminster
Support the Latin Mass Society
Posted by Joseph Shaw at 10:00 am