King and Father as Sacred Offices: from the European Conservative 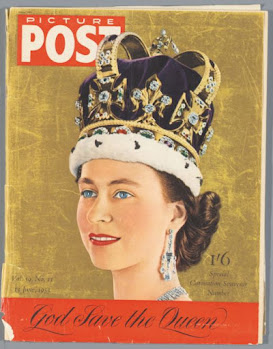 Here is another piece (links to the other two) I have written on the monarchy, which was published in the European Conservative on the occasion of Queen Elizabeth's Jubilee. It was in the print edition but is just now available online.
Here is a key passage.
-----------------------------------
Placing one’s social role ahead of one’s personal preferences is certainly a sacrifice, but the assumption by some that such a sacrifice must make it impossible to live authentically or happily is far from being true. The veteran conservative journalist Charles Moore remarked, on the occasion of the celebrations:

Perhaps the Queen’s most remarkable achievement is that, by accepting this [her role] so absolutely, she has gained a deeper fulfilment than if she had rebelled. She has become what she has tried to be. People who know her well say there is always an air of peace surrounding her. To use a phrase below the level of events, she has job satisfaction.

This echos the position of the philosopher Byung Shul Han, whose most recent book, The Disappearance of Rituals, I reviewed in The European Conservative. We do not lose our freedom by identifying with our social roles, as Romantics and Existentialists would have us believe, but gain it. As the phenomenon of social media has underlined, the effort to be ‘authentic,’ to create oneself anew at every moment, is an exhausting exercise of play-acting, a confidence-trick one plays on oneself and one’s most intimate friends, which today is packaged and sold as click-bait for advertisers. By contrast, from the stable platform, as one might call it, of a conventional role, one can be playful and creative: have the Romantics and Existentialists not noticed that play and art are themselves conventions? Without the conventions of language, there can be no satire. Without the conventions of religion, there cannot even be blasphemy. The brilliant self-defining act of the Romantic or Existentialist, without the background conventions of the societies in which these theories developed, would be completely lacking in meaning. They would communicate nothing.

Read the whole thing there.