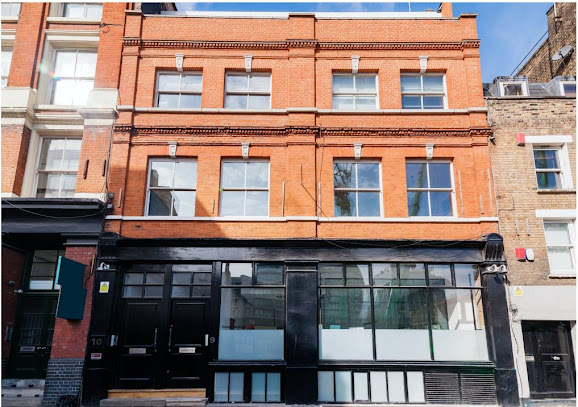 After 28 years in Lupus House, 11-13 Macklin Street in Holborn, the Latin Mass Society has moved to a new office.

Our new address is:
9 Mallow Street,
London EC1Y 8RQ
Website, email, and phone number all remain the same.
This is not far from Old Street tube station, just north of the City, London's financial district.

As our General Manager noted in his 'Macklin Street' column in the most recent Mass of Ages:

Our archives reveal, the Society first rented an office on Blandford Street, Marylebone west London, above what is now a restaurant. Prior to that the postal address was 159 Montague Mansions, London W1. In 1981, the Society moved to Cork Street and, in 1991, to an office in Corpus Christi Church, Maiden Lane. Two years later, in 1993, we leased our first office in Lupus House, 11-13 Macklin Street before moving to our present, larger, office sometime later.

While we were at Macklin Street we moved, in 2009; the two offices were literally next door to each other, on the same floor, so the disruption was minimal. Nevertheless, it was an important move because the new office was significantly larger than the previous one.
We have been obliged to move this time because 11-13 Macklin Street is due to be redeveloped. However we have taken the opportunity to get a yet bigger office, and we look forward to offering our members a bigger selection of items in our shop, and having more space for all our office-based activities.
The LMS is very fortunate that we have a permanent office at all. In the early days the Society's address for correspondence was the Chairman's private address, and this is still the case for many Una Voce groups around the world. The Una Voce Federation had the same problem, until I suggested it be 'c/o The Latin Mass Society'. 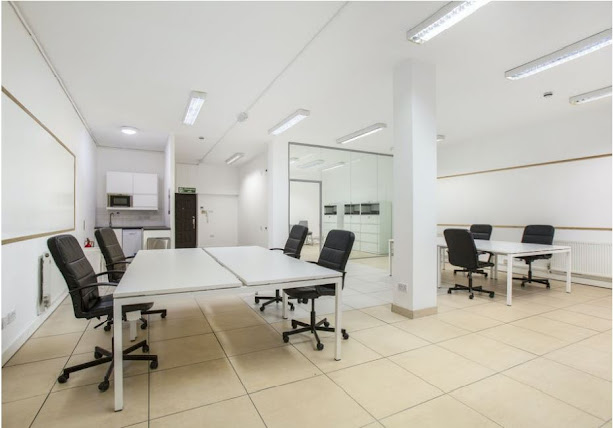 The above is publicity shot of the new office, empty, when it was being advertised. The top photo is the view from the street; the LMS Office faces the back of the building.
We have posted this announcement on our website:

Our move to 9 Mallow Street, London EC1Y 8RQ has now taken place. As we have been closed for two weeks, it will take the staff sometime to catch up with adminstration, processing shop order etc. We thank you for your continued patience and understanding.