I've been trying to find this for years - literally. I'd heard and read that a doorway of Osney Abbey still existed, but the most promising-loooking buildings were behind the gates of the Osney Marina which always seemed to be locked. Today, by sheer chance, I was down there - at the end of Mill Street, near the Oxford Railway station - and the gates were open! 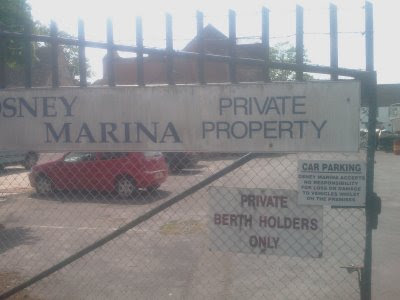 So in I went, and there it was. 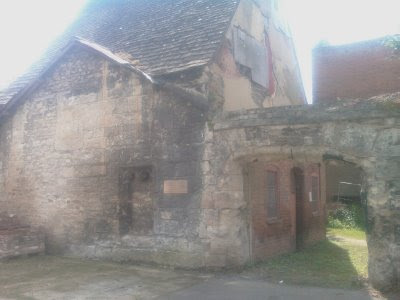 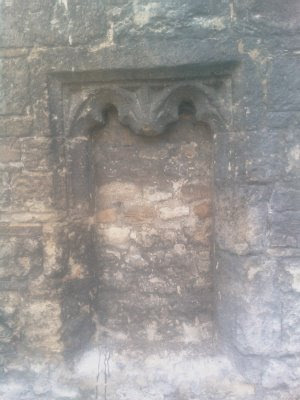 I didn't have my real camera: I'll have to go back. But here is the gateway, a pair of Gothic windows, and a plaque I had also read about, commemorating the execution in 1222 of Robert of Reading, aka Haggai of Oxford, who adopted Judaism in the Middle Ages. Apparently he had a Jewish girlfriend. 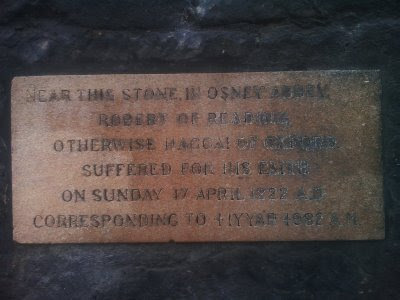 Osney Abbey was large monastery, of canons, founded in 1129 and dissolved in 1539. It was the scene of the enormously important Synod of Oxford in 1222 which applied the canons of Lateran IV to England, which included making annual confession and communion obligatory. It seems likely that Robert-Haggai was condemned at the Synod.

The bell of Osney Abbey, dedicated to St Thomas of Canterbury, now hangs in, and givers its name to, Tom Tower in Christchurch.

There were more ruins to be seen until the arrival of the railway. Now there is just this doorway and wall. I've been collecting photographs and historical information slowly for my Catholic Oxford blog, based on an old Catholic guide book to Oxford.
Posted by Joseph Shaw at 9:25 pm