On Harry Potter, Part 2: Self Sacrifice and Euthanasia 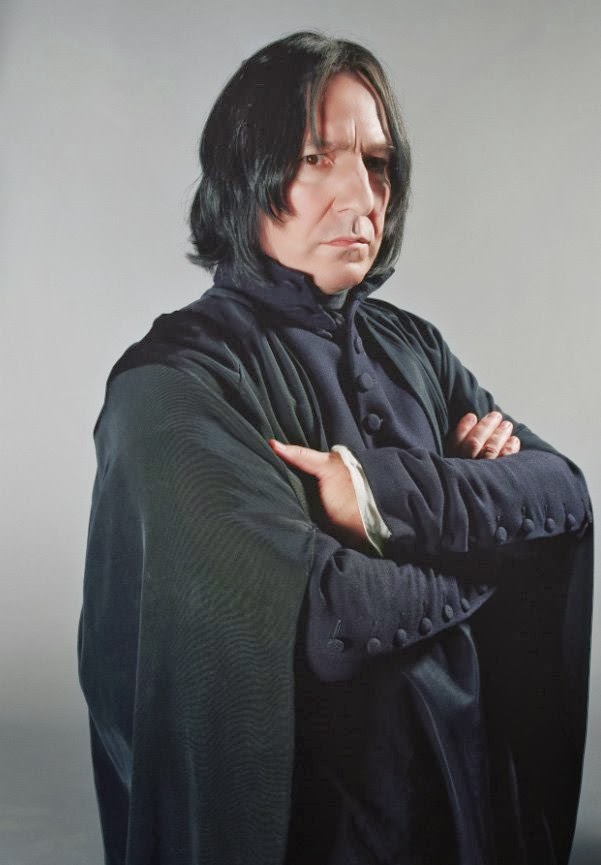 In my last post I said that the fact that the Harry Potter books have people using magic in them does not make them bad. The characters in the books are not bad characters because they use magic because in the books magic is a natural power and is not the sole preserve of demonic forces. In the world created by the books, magic is a morally neutral means of doing things, like technology. This only sounds odd if you are not familiar with the fictional worlds of many of the greatest Catholic authors in history, and the universal literary substratum of the folk tradition. The fictional world of magic and magicians is our literary patrimony, and authors can make use of it to create good or bad stories, well or badly written, for children or for adults.

So what sort of story does J.K. Rowling write? I've already commented on the literary quality, which is not particularly high. There are some issues of general tone, such as the presentation of family life and the interest in tradition, which are very positive. But I want to talk about the plot aspect, and in particular in Rowling's interest in self sacrifice, which plays a key role in the story more than once. Indeed, it can be said to be the dominating issue of the series, coming in decisively at the very beginning, at the climactic turning point which introduces the final phase of the story, and at the end.

At the beginning Voldemort wants to kill Harry Potter because he has heard a prophecy that Potter will kill him. Harry is still a baby. Voldemort gets into his parents' house, and the parents are killed attempting to protect him. This is very explicit: his mother, in particular, is told to get out of the way, Voldemort has no quarrel with her, he just wants to kill the baby. Although completely powerless, she refuses this cooperation with evil and is killed. Voldemort turns his attention to the child and his killing curse rebounds on himself. It is eventually explained that there is a 'deep magic', which Voldemort failed to grasp, which protected the infant whose mother had died to save him.

Coming to the very end, Voldemort proves very difficult to kill because he has managed to split his soul into different parts and attached them to things outside his body. He is able to split his soul when committing murder, an act which tears the soul. At the end (and here I reveal the end, so look away now if you want to read the book) it turns out that a part of Voldemort's soul attached itself to Harry himself when Voldmort tried to kill him. Harry realises that in order for Voldemort himself to be killed, he, Harry, must die, at the hands of Voldemort. So knowing what Voldemort will do, he yeilds to Voldemort's blackmail against his friends and hands himself over. Voldemort kills him, thereby killing that part of his own soul attached to Harry. Harry in fact is able to come back to life at this point, leaving the part of Voldemort's soul dead. In attempting to kill Harry, Voldemort manages only to kill part of himself. In sacrificing himself, Harry purifies himself of that part of him which belonged to Voldemort.

At what level of philosophical or theological sophistication these plot ideas really work is open to question, but I think that as stories go they are extremely interesting. The parallel between Harry and Our Lord in allowing evil men to kill them for the sake of others is not, of course, complete, but it is still inescapable. There is no question but that Rowling is motivated by Christian ideas, and the books are larded with Christian symbolism. This is the reason why some Catholics have been enthusiastic about the books. But here comes a more problematic issue, at the turning point of the series. I've not read through the debate on Rowling among Christian authors systematically, but as far as I have seen this problem has been missed.

The character Snape (pictured above) is a double agent, and it is unclear until the very end whose side he is really on. Voldemort wants to get Harry's contemporary Malfoy to kill the headmaster Dumbledore. Malfoy's family are on Voldemort's side but are in disgrace, and Malfoy is desperate to ingratiate himself. Malfoy's mother begs Snape to help, which he promises to do. When the opportunity comes Malfoy disarms Dumbledore but is unable to kill him. It is a great moral struggle for Malfoy who is not wholly given over to evil. Snape then arrives and kills Dumbledore. It is revealed eventually that this had been planned in advance, by Snape and Dumbledore. In the film the motivation is presented as simply to get Voldemort to trust Snape; in the book it is very much more a way to save Malfoy, who will be disgraced or worse if he fails in his mission and morally destroyed if he carries it out. In either case Dumbledore is himself dying, slowly, from other causes.

Now this, again, is an example of self sacrifice, but it is also an act of euthanasia on Snape's part. Dumbledore is dying, he consents to being killed, his death at the hands of Snape will have certain advantages, so Snape is portrayed as struggling heroically against his emotions in killing his old friend. The confusion in the book about quite how this works morally and emotionally coincides with the confusion in the real world about euthanasia.

It would be morally terrible for Malfoy to kill Dumbledore. Why? Presumably because, as is emphasised in many ways throughout the series, murder is a terrible thing. But it can't be so very terrible if it can be justified for the sort of reasons which justify it for Snape. Again, why is Snape so resistant (in advance, when talking to Dumbledore) to the idea of killing Dumbledore? If it morally justified, then why should there be a problem? Can it be that Snape suffers from the same problem that many people today have, of having an emotional response to the idea of killing the innocent which is appropriate to the traditional total prohibition on killing the innocent, even though he no longer believes in that total prohibition? Where, in Rowlings' fictional world, does this conflict come from?

The revelation by J.K. Rowling that, in her conception, Dumbledore is homosexual, confirms the kind of liberal Protestant Christian she understands herself to be. This liberalism adds an element of moral confusion to the Christian message in the book. It does not make the book an anti-Christian (and anti-Catholic) rant like Philip Pullman's 'Dark Materials' series (which is deeply warped and shouldn't be recommended to anyone). It does put it into the same moral (though not literary) category as Graham Greene, in whose works Catholic themes are at times brilliantly and powerfully handled, and at other times fluffed, mispresented, and even attacked as a result of the author's own confusion and moral compromises.
Posted by Joseph Shaw at 10:29 am