Rolheiser and de Malleray on Celibacy

Fr Armand de Malleray FSSP had a letter published in the Catholic Herald the other week which I think deserves a permanent place on the internet, so I reproduce it below.

It is a very beautiful brief explanation of the value of celibacy, and it demonstrates what would be perfectly possible to have, in our Catholic press, if the various papers thought it appropriate to have as columnists articulate writers with a traditional formation, rather than fill about 80% of their comment space with a rag-bag of C-list celebrities and self-promoting dissidents.

Fr Rolheiser is perhaps the most annoying columnist in the UK Catholic press after Mgr Loftus. Admittedly there is stiff competition from Quentin de la Bedoyere (pet topic: the falsity of Humanae Vitae), also in the Catholic Herald, and Robert Mickens of The Tablet, and some of the columnists in the Universe are just so boring I can't claim to have formed a judgement about them. Rolheiser has the distinction of writing a 'syndicated' column, which means that it appears simultaneously in publications all over the English-speaking world, which is nice for him. The most scandalous of his columns are those, which appear once a year, in which he plays down the teaching of the Church on suicide, something which is not just offensive to pious ears but actually dangerous, particularly for young people who may be tempted towards that terrible sin. Being an accessory (in the sense used in moral theology) to suicide isn't something I'd want on my conscience, but Fr Rolheiser seems to be made of sterner stuff.

Here's a nice fisk of him writing on ecumenism. I wonder if it is significant that the Catholic Herald uses, for its byline photo of him, one in which he's wearing a clerical collar; all the others I can find have him in civvies. 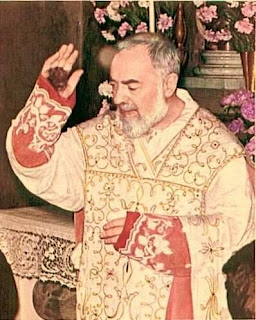 The fact that Fr Rolheiser starts his reflections on celibacy with a quotation from Thomas Merton, who famously broke his own vow of celibacy, should ring a few warning bells. Rolheiser doesn't burden his readers with that contextual information.

You can read the article to which Fr de Malleray is replying here.


Last week Fr Rolheiser endorsed Thomas Merton's unfortunate option that 'celibacy is abnormal and dooms you to live in a state not willed by the Creator'. But Thomas Merton confessed in his Journals that he had not kept his solemn vow of chastity.

Perhaps more eloquent witness could be quoted to display the value and beauty of so deeply Catholic an institution as consecrated celibacy. I would suggest that St Padre Pio, St Catherine of Siena, the Holy Curé of Ars, St Thérèse of Liseux, St Maximilian Kolbe, to name but a few among hundreds of thousands of unmarried saints, answered their called to celibacy without illusions but with a filial trust, relying on the greater love of the One to Whom they offered up the sacrifice of matrimonial intimacy and of biological parenthood.

Were they lonely? Perhaps at times, but then they knew it was only an invitation to throw themselves

more confidently into God's arms and to devote themselves more compassionately to the service of others. And soon enough they would be comforted by the One Who promised: 'And every one that hath left house, or brethren, or sisters, or father, or mother, or wife, or children, or lands for my name's sake, shall receive an hundredfold, and shall possess life everlasting' (Matt 19:29). Therefore, affirming that 'celibacy does condemn you to live in a loneliness that God himself condemned' is fundamentally at odds with Christ's special blessing on consecrated celibates, following Christ's election of that state for his own Self.
No one is forced to enter that blessed state and no one should, unless they firmly rely on the actual presence of their Beloved Saviour to fill them daily with everlasting love. But if they do, God's grace will not fail them.
Yours faithfully,