A tale of two bishops, by Basil Loftus


While I was in Rome Mgr Loftus published (Catholic Times, 10th November) a particularly strange column in which the faults of two bishops are implicitly compared. One is the ex-, and now late, bishop 'Roddy' Wright, and the other is the current Bishop of Aberdeen, and former Abbot of Pluscarden, Hugh Gilbert.

To see what I mean you need to bear in mind that Bishop Gilbert was Abbot of Pluscarden from 1992 until he was appointed Bishop in 2011.

This is what Mgr Loftus wrote.

Over 11 years ago [ie around 2002]... I visited the Benedictine Abbey of Pluscarden. It is a wonderful centre of spirituality in this region ... As I looked around I saw a framed document signed by all the bishops of Scotland. It had to do with some canonical requirement, I forget what. But what I don't forget is the shameful way that the name of Roddy Wright, the former Bishop of Argyll and the Isles, had been crudely scratched out. An attempt had been made to airbrush him out of history as a consequence of his defection. ...effectively, he had resigned his position in order to marry.

So I have never felt able to return to Pluscarden, I would not be comfortable...

A little background (newspaper obituaries telling the story abound). Bishop Wright became bishop of Argyll and the Isles in 1992, at a time when, as he later recounted in an autobiography, he was not being faithful to his vow of celibacy. Shortly afterwards evidence emerged suggesting liaisons with four women, but his protestations of innocence were so vehement that the late Cardinal Winning and others were convinced and let the matter drop. In 1996, however, he disappeared, as did a lover of his, who abandoned her child (from her marriage, which had ended in divorce) in order to elope with him to Cumbria. This was upsetting not only to his flock and fellow bishops, but to another of his lovers who had had a child by him, who was also left behind.

Wright had the Last Rites before his death, and it is for God to judge his soul, indeed He has done so. From a human perspective we can, nonetheless, identify a number of moral problems with his public behaviour. He lived a double life for a number of years, which is of particular seriousness in a bishop. He was a hypocrite. He lied to good people, from Cardinal Winning and Bl Pope John Paul II down to the simple Faithful, who trusted him. He was unjust not only to them but to the women with whom he had affairs, and above all to his own child. The sudden revelation of all this was shattering to the Church in Scotland, and had a particularly devastating effect on the morale of the priests in his old diocese.

Mgr Loftus appears to shrug all this off as a mere peccadillo. He resigned in order to marry. Really? Why did the longed-for union not take place until two years later? Why, come to that, did he not resign first, but just flee? One gets the impression, in any case, that Wright would have found faithfulness within marriage almost as challenging as celibacy.

So much for him. Loftus is not so soft-hearted when it comes to judging Abbot Gilbert, as he then was. Scratching out Bishop Wright's name, or allowing it to be scratched out, or allowing the notice with the scratched-out name to remain hanging on the wall (for how long? does Loftus have any evidence it wasn't taken down as soon as this act of petty vandalism was noticed?): this is the sin which cannot be forgiven. Loftus won't even set foot in the Abbey again, desecrated as it has been by this terrible crime. More than a decade later he is still going on about it. Truly, the fires of hatred in Basil's heart are not quenched, and the worm dies not.

On the one hand we have a lifetime of hypocrisy, vain glory, lust, perjury, lies, and injustice. Easily forgiven, of course. On the other we have, at worst, a moment of shock, anger and grief, giving rise to an act of scribbling out a person's name on a notice, which harms no one. No no, never to be forgiven, never to be forgotten, always to be held up to the shame of Bishop Gilbert, who for all Loftus knows had nothing to do with it anyway, an eternal monument of disgrace to the entire institution of Pluscarden Abbey. 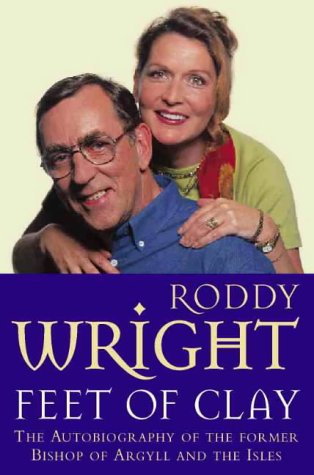 Bishop Gilbert, admired everywhere for his personal integrity, spirituality, and orthodoxy, is, in fact, the governor of the see in which Mgr Loftus resides.

It is so easy to talk about other people being unforgiving. It can be so difficult to forgive. Before we lambast others for being unforgiving, we should perhaps ask ourselves seriously if we can forgive them. Loftus writes in the same column:

Sadly, the judgemental option, the desire to show condemnation rather than mercy, is still deeply and seemingly ineradicably rooted in many parts of the Church.