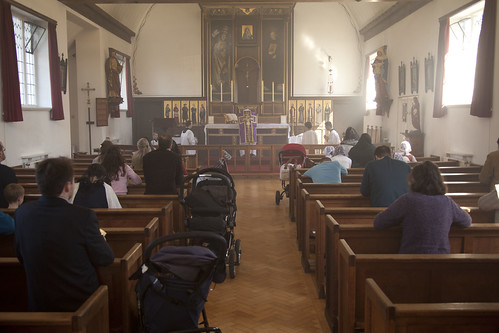 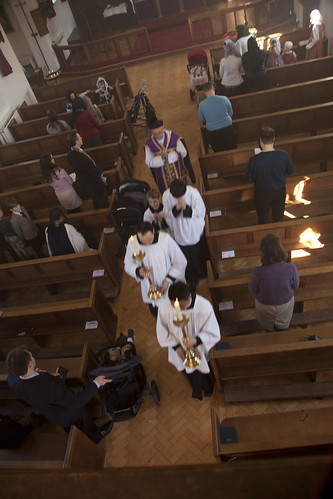 It was one of the monthly Sung Masses in SS Gregory and Augustine in Oxford; we usually get 40-50 people. There are always children; this congregation was particularly young. 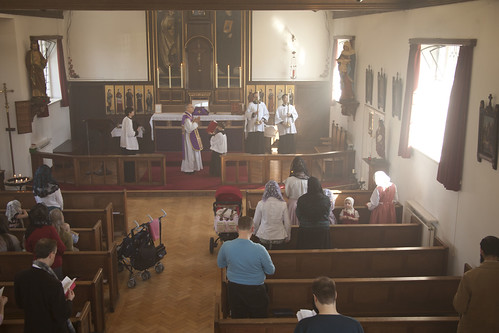 It doesn't take much thought or research to realise that the average age of this congregation at the Traditional Mass is a small fraction of that at most Ordinary Form Masses, not just because of small children but also because of young people. They aren't all in the nave, of course; there's a whole gang of them in the sanctuary, and more in the choir loft. 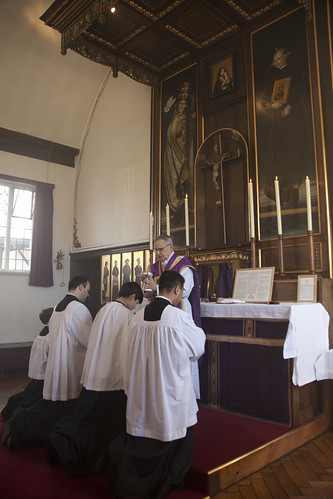 It does depend on the Mass being accessible: there are Mass times which good, and others which are simply impossible, for parents with small children, and there are Mass locations which are convenient, and others which are simply impossible, for students to attend. The point is not that you can't find the EF celebrated before an aged congregation - you certainly can. The point is that where they can get to it, young people and families come. Why would anyone deliberately make it impossible for them to attend the Mass which is most suited to their spiritual needs?

Opponents of the Church's liturgical patrimony must learn to think twice before claiming that the Extraordinary Form turns off children and drives away the 'youth'.
Posted by Joseph Shaw at 10:00 am