The Eich affari: why conservatives are wrong, Part 3

In my last post I explained why the conservative backlash against the ousting of Brandon Eich as head of Mozilla was confused. It may, of course, still have some success; it may force the liberals to pull back a bit, at least for a time, because of the strength of feeling. But the liberals have logic on their side.

What opponents of Same Sex Marriage are doing is trying to stop other people from pursuing what those other people consider a good life. This is never allowed in the liberal, tolerant, neutral system. Conservatives - neoconservatives - who proclaim loudly that they are at ease in a permissive liberal state are being hypocritical when they demand the right to restrict the freedom of others. It really is as simple as that.

Here are some more examples of the same thing.

Liberals regard it as intolerable that anyone doing any kind of job should refuse to engage in immoral behaviour at the request of a client. Registrars who don't want to serve same-sex couples, pharmacists who don't want to dish out the Morning After Pill, doctors and nurses who don't want to take part in abortions, B&B owners who don't want to give double rooms to unmarried couples, and now companies which don't want to pay for abortions for their employees: the same logical pattern is present in each case. The conscientious professional is attempting to stop another person doing something, or at least potentially make it more difficult, which is part of that person's free pursuit of the good-as-he-understands-it.

Conservatives often try to make the argument that the obligation on the professional to do what he is told is itself an infringement on the professional's freedom, that is, his ability to have a good life as he conceives it. The argument does not work. There is no parallel between wanting to do something which harms no one else and wanting to stop people doing something which harms no one else. When there is a clash between them, of course the liberal state is going to side with the first and against the second. What else could it do?

Remember the distinction I made in the first post of this series about one's desires for oneself, and one's desires for other people. These conscientious professionals are concerned ultimately about other people's behaviour. If the liberals allowed each person to have a conception of the good which included the behaviour of other (non-consenting) individuals, you'd have endless clashes between different people pursuing their conceptions of the good. So they tend to assume - and arguments for this can be found in the philosophical literature - that only a person's desires about him or herself should count: egocentric desires, not allocentric desires. 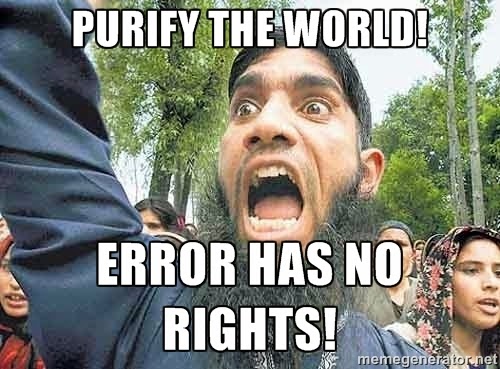 I'm just passing on here what seems obvious to many mainstream political theorists, the people who provide the theoretical backing for the liberal political system in which we are living. The conservative response which I have been describing is something which would be laughed out of the room in ten thousand graduate seminars across the English-speaking world.

That is not to say that political liberalism in unassailable: far from it. The difficulties and alternatives to liberalism as a political theory are hotly debated in academia. It is only Catholic apologists and neo-conservative political commentators who believe it is the only game in town. Remember, liberalism denies that the state should take a view on the relative merits of different 'conceptions of the good' / ways of life, once it has ruled out certain unacceptable (intolerant) ones. It is, perhaps, a minority view in political theory, but still one which is taken seriously, that the state should after all gently steer people away from clearly worthless ways of life like those of counting blades of grass or soaking oneself in whisky, even if the state should be open-minded between ways of life which have serious supporters, if only for reasons of practical politics. Such views have, pretty obviously, a good deal of intuitive plausibility. But they imply the rejection of the 'neutralist' liberal project.

But before you can assail something, you must want to assail it. Before we are going to make any progress, we must free ourselves from the desire to present ourselves in every debate as liberal. And this presentation is exactly the strategy which has been adopted by our clever-clever Catholic apologists, and for that matter by the conservative political class as well.

Oh how brilliant they think they are being! To be electable or listened to, every conservative political party and think-tank must show it is essentially liberal. To have a place at the table, every Catholic school and charity must show it accepts the principles of liberalism. To get a hearing for the Gospel, every bishop and every apologist must make it clear that he, of course, accepts liberalism. We are all in favour of free speech! We all abhor laws which discourage private vices! We all condemn the crusades! We all condemn the persecution of heretics in the past, even when carried out by canonised saints! We all accept educational theories which ignore Original Sin! We all accept theories of psychology and medicine which regard well-being solely in terms of desire-satisfaction! We all, in short, will bend over backwards to ridicule the awful old conservatives of the past, the ones who were foolish enough not to accept liberalism.

One of the headlines generated by the conservative backlash against the persecution of Brandon Eich was 'Error has no rights' (see picture above): some conservative (Rod Dreher, in fact) thought it would be clever to use the classical liberal attack on the Catholic conservatives of the past as a stick to beat the liberals of today. How clever is that? These conservatives quite literally want to present themselves as more liberal than the liberals. It is just a pity they don't have the brains to understand how the theory of liberalism actually works.

For heaven's sake, guys, take stock a little and see what idiots you are being! Liberalism is not some kind of perfect theory which cannot be criticised. Of course the liberals will hit back if you attack them, but if you stop to think you will realise that liberalism has grave weaknesses, and you can actually land some punches on your opponents if you stop being a liberal yourself. I will consider some of these in the next post. 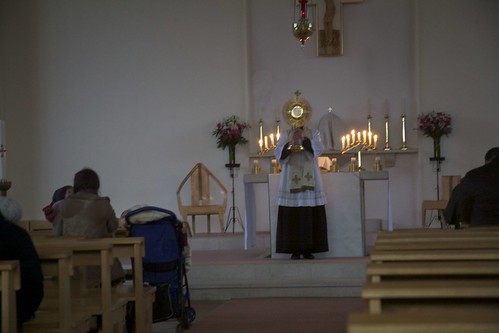 Photos: top and bottom, the Oxford Pro Life Witness.
Posted by Joseph Shaw at 10:00 am