The Eich affair: why conservatives are wrong, Part 1 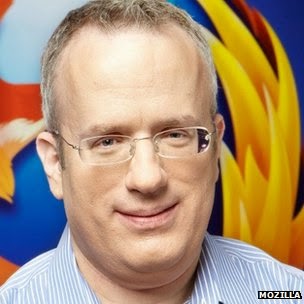 Something quite scary happened the other day. Brandon Eich, the newly appointed head of Mozilla, the internet company responsible for the Firefox browser, was forced to resign, on the grounds that he had contributed money to the campaign for 'Proposition 8', a referendum which opposed same-sex marriage in California back in 2008.

He was forced because of a public outcry and the beginnings of a boycott against the company. There was no suggestion that his views would affect his running of the company. Rather, it was felt by our new political masters that it is unacceptable that a person holding those views should be in a position of responsibility. He should be run out of town.

What do they want social conservatives to do? For one thing, they certainly don't believe the old myth that persecution and censorship never works. Of course it works. Many people soon give up opinions which make them despised and poor. Others suppress them to the point that after a while they can simply forget they ever had them. Even highly principled people adopt a degree of self-censorship that prevents their condemned opinions spreading. Cases of persecution and censorship not working are cases where it was not, and perhaps couldn't be, carried out in an effective way. There's no danger of that in this case. The new censors and persecutors know their job very well.

The internet has lit up with condemnations by conservatives of the intolerance shown by Eich's critics, and the hypocrasy of progressives who demand freedom but deny it to their opponents. This may shame some, perhaps many, on the left into saying that the persecution of Eich went too far. But at the level of principles it is muddle-headed and wrong. It is not the case that liberalism has turned on itself or betrayed itself or given way to fascism or anything like that. What has happened is perfectly coherent, and is easily explained. However, I admit that I appear to be the only person in the world saying this (from a socially conservative perspective), so I will take this and another post to explain myself.

It is really very simple, and comes down to the principles of political theory and ethics.

1. Any kind of liberal, tolerant, free-speech-loving 'neutral state' theory has to rely on a set of basic, agreed moral principles. We all know you have to keep your contracts and not murder, steal, rape and so on. Indeed, we all know that you can't shout 'fire' in a crowded theatre. All these things harm people, and stop them pursuing happiness. 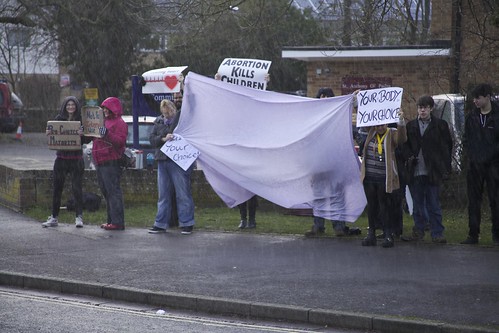 Just let that sink in. All the talk over the last fifty years about moral relativism has been about what liberals call 'substantive theories of the good', not the basic principles of justice. They've never advocated a free discussion of whether arson-rape-and-bloody-murder are morally ok (except the really loopy ones). They've only ever wanted a discussion about what kind of life leads to happiness, so that, with the basic moral principles secure, we can all choose our own path in life.

2. The basic principles have to come from somewhere, and since a liberal non-confessional state can't get them from Christianity, or anything tainted by association with Christianity like Aristotelianism, they have been coming from Enlightenment and post-Enlightenment moral theories. (What did you expect?)

3. These theories reject the notion of original sin, and equally the idea in ancient philosophy that we should have a conception of a good person and aim to transform ourselves into that. Instead the use the desires people happen to have as the basis of the moral life. The more desires you can fulfil, the better your life is going. The more of other people's desires you help fulfil, the more of a good person you are. The more desires the state can facilitate being fulfilled, the more enlightened the state.

Again, let that sink in. The basic principles of justice in a liberal state obviously overlap with common sense - we can all agree that you mustn't go round killing people for fun and so on - but the underlying principles are actually incompatible with the Christian revelation, and even the classical tradition. Plato said that we should be careful to desire the right things. St Paul told us that we have desires in us which lead to hell. These views are rejected by the liberal state. 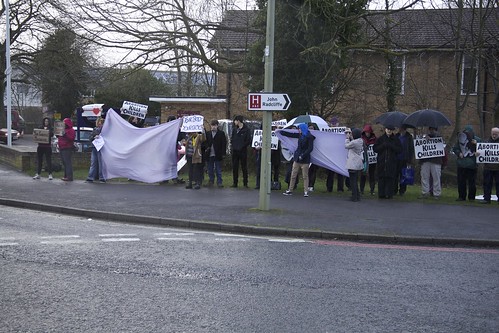 4. The purpose of the liberal state is to facilitate each person pursuing his chosen conception of the good. The choice is up to him, but the only kind of consideration which liberals really understand is what he happens to like. Obviously our desires can clash, so the state needs to deal with clashes. A handy way to start doing this is to say that our desires for other people don't count, only our desires for ourselves. We may all have desires that other people behave in certain ways, but trying to fulfil those is going to lead to endless conflict. We should focus on want we want for ourselves: for the most part, this can be the basis of conceptions of the good each of us can pursue without treading on each others' toes.

I should think my readers will realise by now where this is going. But come back tomorrow to read the rest.

Photos: Liberals doing what they do best: stopping other people exercising their freedom of expression. Oxford Pro-Life Witness.