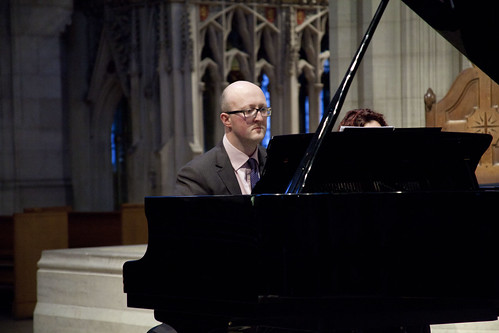 On Tuesday evening I had the great privilege of hearing Matthew Schellhorn perform Ian Wilson's 'Stations': a musical meditation on the Passion.

You can buy the CD direct from Diatribe Records here; Amazon will sell you theMP3 to dowload.

It is divided up into fourteen short movements. While the music is not strictly an attempt to describe the action, the emotions follow the action, and to some extent are reflected in it directly, such as the hammer blows and Jesus' falls. 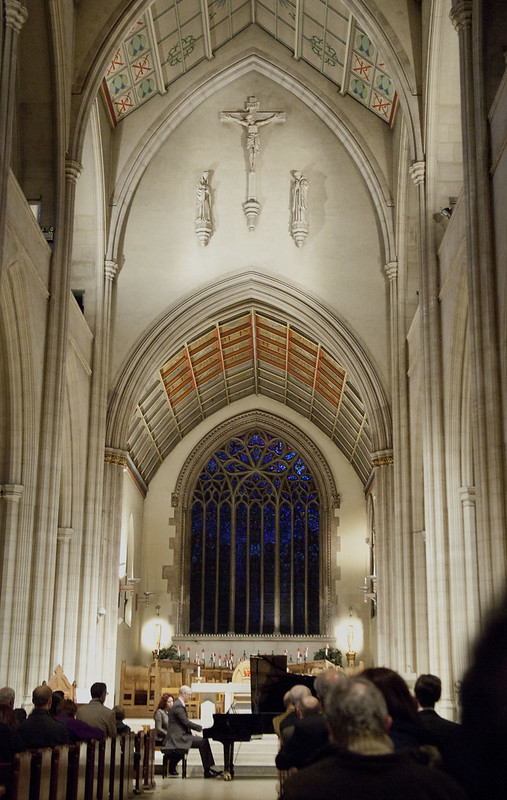 It was performed in St George's Cathedral, Southwark, which was veiled for Passiontide, and accompanied by meditations offered by Archbishop Bernard Longley of Birmingham. Archbishop Longley himself has a musical background, and is also connected with the charitable beneficiaries of the concert, the Knights of the Holy Sepulchre. Donations taken at the concert went to the Knights' support of the Latin Patriarchate of Jerusalem. 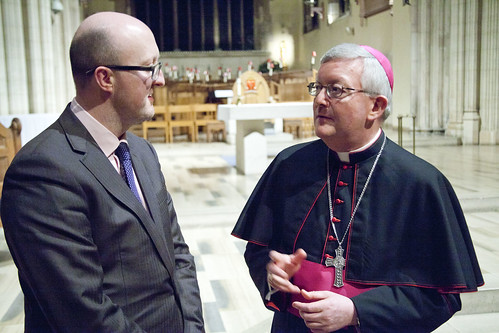 I am not in favour of concerts in churches: even if the music is religious in character, it is not the proper use of a sacred building. On the other hand, I am very much in favour of using music, and the best music possible, as an aid to devotion, whether in a strictly liturgical or a paraliturgical context, in churches. Archbishop Longley's meditations, based on the Improperia, the Reproaches, and calling to mind the scenes of the stations, made this into a devotional evening, and a very moving one, not so very different from the musical devotions insituted by St Philip Neri, a tradition continued in Lent in the London Oratory. It was a revelation to me, not much of a musical expert, how an abstract form of art - there are no words - can express not just the composer's emotions, but emotions which vividly connect the listener to a specific sequence of events, such as the Passion of Our Lord. 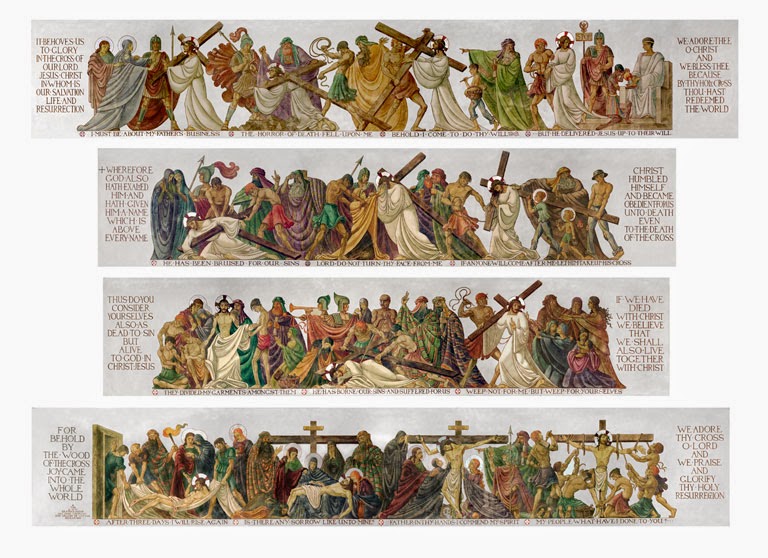 Note: unusually, I've decided comments on this post wouldn't be appropriate.
Posted by Joseph Shaw at 10:00 am