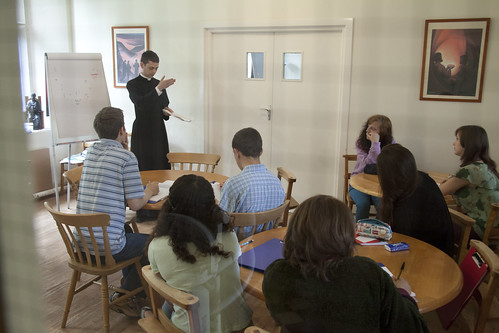 I encourage readers of this blog who see the Catholic Herald over the weekend to have a look at the feature on Catholic education, which is composed of four short pieces by different people, one of whom is me. My contribution was about the motivations of those who educate their children at home.

The other three pieces are by Philip Booth of the Institute of Economic Affairs, Kevin Meagher of Labour Uncut, and Ella Leonard of PACT Educational Schools, the trust which runs the Opus Dei schools.

'We need to be confident that Catholic schools have the answers because of of our understanding of the whole human being as God's creation, but we need to regain our confidence and re-evangelise. Understanding that education can never be neutral, our schools need to provide an envionment in which students are enabled to build and deepen their relationship with God.'

'How do you go through a Catholic education and end up spouting New Age claptrap?'

He concludes: 'Ultimately, if our schools aren't in the business of turning our committed young Catholics, then, really, what is the point of Catholic education?'

It is amusing think of the horror that sentence will produce among Catholic education professionals up and down the land. 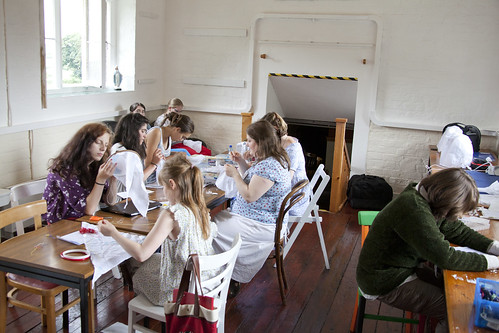 Philip Booth focuses on the public policy aspect of the problem. His opening paragraph reveals what the Catholic educational establishment think is the answer to Meagher's rheorical question.

The bishops' 2007 joint pastoral letter on education said: "For a very long time now, the Catholic Church has been an important partner with public authorities in the provision of education." This perspective, which sees education as something which is handed down to parents through a partnership of bureaucracies, needs revising.

All place great emphasis on the role of parents. In a sense I do so more than anyone, because home education is the ultimate parent-led approach to education. One does have to recognise, of course, that while all parents would be delighted to have more educational choice, and almost all of them value academic excellence and a disciplined, spiritual atmosphere, attempts to make schools more visibly Catholic, just like attempts to make parishes more visibly Catholic, will be opposed by some parents. And not only opposed: what happens at home, and what children bring to school with them, can completely undermine attempts to create a Catholic ethos.

There is a parallel I suppose with the Reform of the Reform: the task of a good Catholic head teacher coming into a school is similar to the task of an new, orthodox parish priest: to persevere with what he knows is right despite certain howls of protest. It's not a task I envy them.

Photos: of the St Catherine's Trust Summer School last year. This year the dates will be Sunday 27th July to Sunday 3rd August, for ages 11 to 18. Download an application form. 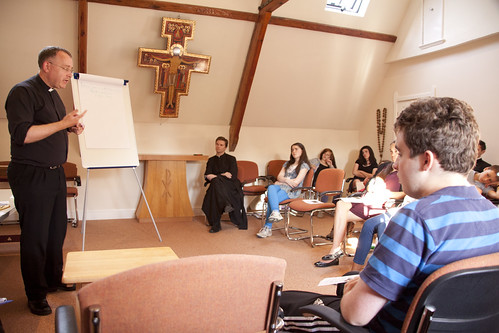