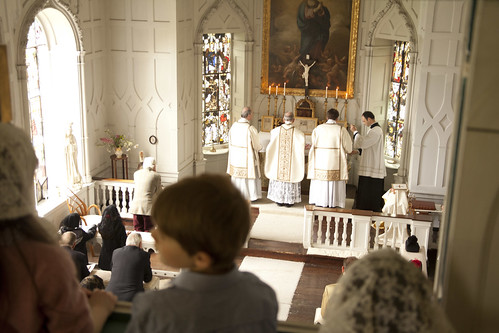 This is the first time we have done this. It may be the first time it has ever happened, but there's no telling what went on here over two and a half centuries. Always in the past we--the Latin Mass Society--have had Missa Cantata, sung Mass with one priest. 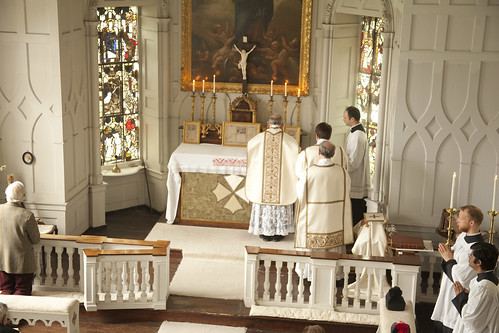 Even then, getting all the servers into the sanctuary can be a challenge; if we have a big serving team (acolytes plus torchbearers), the torchbearers have to kneel outside the sanctuary. So spilling over into the nave a bit is nothing new. 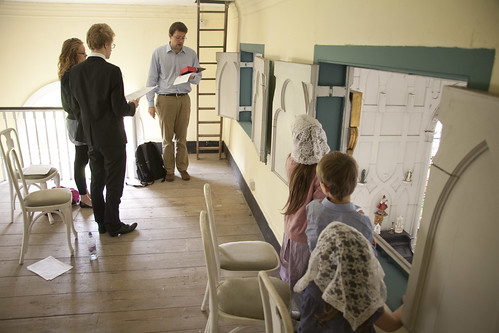 I was fortunate to get a team of sacred ministers who all knew exactly what they were doing. Fr Anthony Conlon, the celebrant, was for many years the National Chaplain of the Latin Mass Society; Fr Daniel Lloyd, of the Ordinariate of Our Lady, the deacon, has rapidly become quite an expert on the Traditional Mass, and Fr Guy Nichols, of the Birmingham Oratory, comes from the only place in Britain where there is an EF High Mass every Sunday. 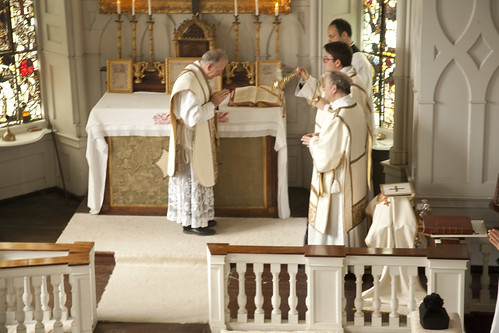 Thanks to the initiative of our Master of Ceremonies, who had the idea of the bench for the clergy seen in the pictures, it all worked extremely well. There is--just--enough space for three sacred ministers lined up at the Altar. 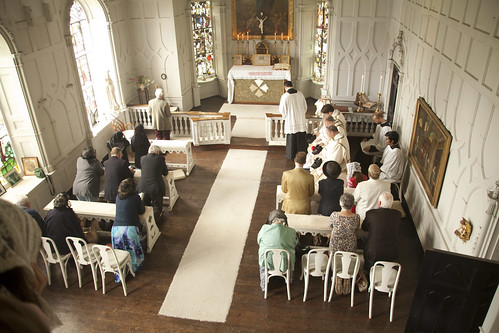 I wanted to celebrate this Mass with special solemnity because this year we are celebrating the 250th anniversary of the purchase of the property by the Barrett family, who built the chapel and turned the house into a Catholic centre for the area. 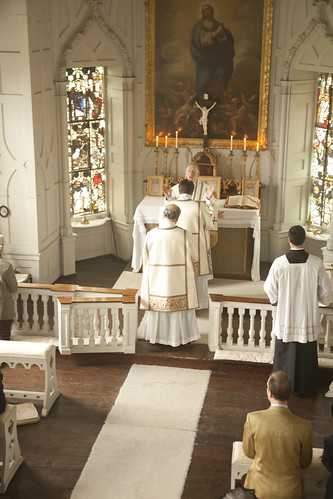 The splendour of the ceremonies was matched with the singing. In the unique little choir loft (I'm not sure if it was intended as a loft for the family, since unlike others I have seen it doesn't connect directly with the house), we had a small chant schola from the Schola Abelis and a small polyphonic group from the Newman Consort. 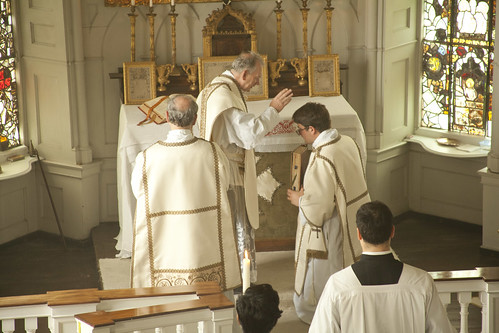 May the descendant of the Barretts, now the Mockler-Barretts, continue to flourish in this wonderful house. 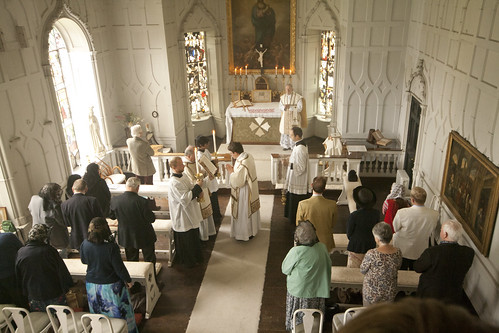 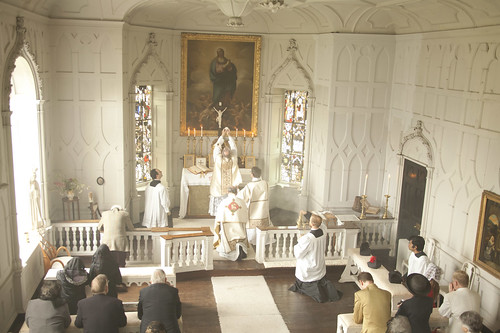 More photographs here.
Posted by Joseph Shaw at 10:32 am