We had a brilliant Summer School this year, organised by the St Catherine's Trust: a week with 30 children and nine staff, with classes, activities, a quiz, a play, and trips to local places of interest, including SS Peter & Paul and St Philomena in the Wirral, which I'll blog about separately.

We had High Mass nearly every day, thanks to the presence on site of Fr John Hunwicke and Fr Richard Bailey, were were directing the Latin Course which runs in parallel with the School. We also had Br Stephen Morrison on the staff of the Summer School: this is his diaconal year, and he's deacon in the picture above. The subdeacon is a member of the Oratorian community in Birmingham, who was on the Latin Course. 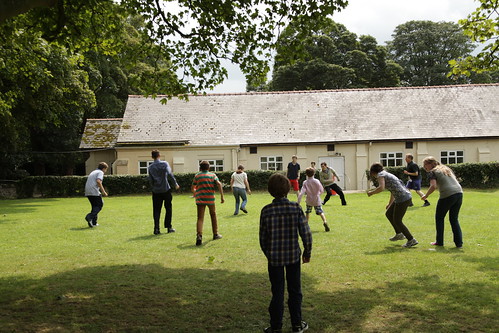 The Summer School is a huge amount of fun. Numbers have gone up and down over the years, but this year we had thirty children, more than the last two years. What is really important, however, is the effect on the students: over a week we aim to create a Catholic community, united in our studies, which range from the obvious catechetical stuff to history, philosophy, Latin, and history, in our recreation, such as the football above, in our artistic endeavours, including the always popular sewing, and the production of a radio play, and of course in our worship. 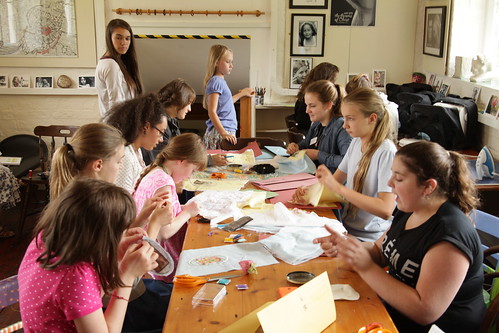 As well as daily Mass, always sung, we have sung Compline each evening and Rosary in the morning.

The Franciscan Retreat Centre at Pantasaph is a great venue. The chapel in by A.W. Pugin. The Friars are very friendly and helpful. And above all it has a Catholic atmosphere. I write that with some feeling having had many Summer Schools in non-Catholic venues; coming to Pantasaph has been a huge boon.

The equivalent dates next year will be Sunday 26th July 2015 to Sunday 2nd August 2015. Thanks to the generosity of our benefactors, including the Latin Mass Society, we do not charge a fee. If you have or know of Catholic children who could benefit from this unique experience, don't let them miss out. Make a note of the dates now!