LMS Pilgrimage to the Wirral 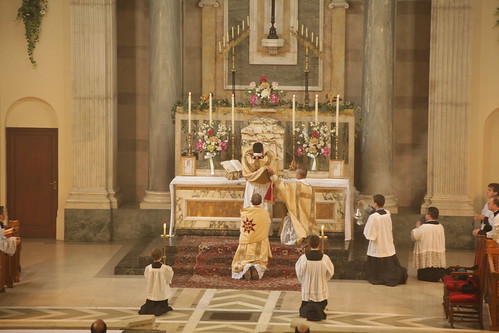 Last Saturday the Latin Mass Society held its first pilgrimage to the Shrine Church of SS Peter & Paul & Philomena. We had a truly splendid Mass in this splendid church: high Mass with polyphony, with the help of singers and servers from the St Catherine's Trust Summer School, followed by a spiritual talk from Canon Montjean, the Shrine Custodian, a tour of the church, Benediction with their famous monstrance, and veneration of their relic of St Philomena. 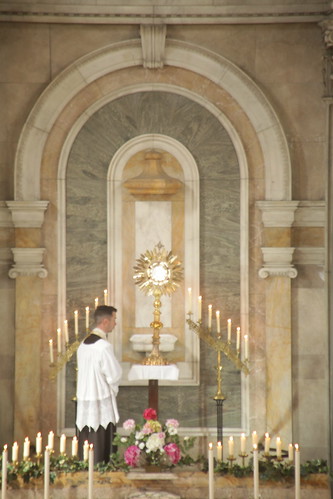 The celebrant at Mass was Canon Thermed; he was assisted by Fr Simon Henry, from the Diocese of Liverpool over the Mersey, as deacon, and the Rev Mr Alex Stewart, a seminarian with the Fraternity of St Peter, who comes from the area, as subdeacon. Canon Amaury Montjean was in choir. 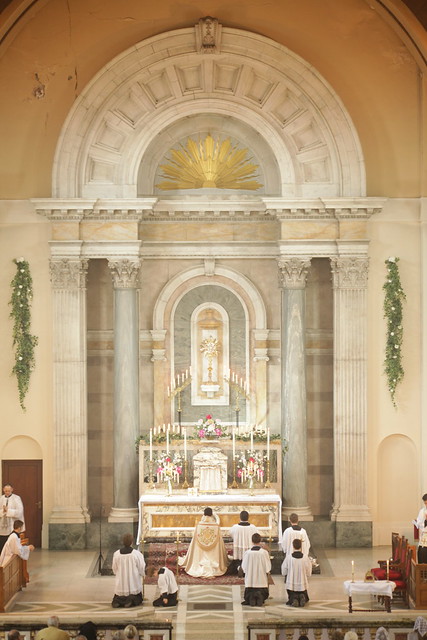 The monster monstrance being raised into position by its special lift, two above, and on its throne, above. Below, we are venerating the relic of St Philomena. If this causes the modernists a burst blood vessel, so much the better. 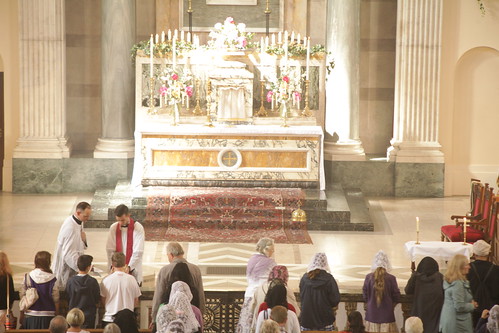