Corrupt bishops: why it is a problem: Part 1 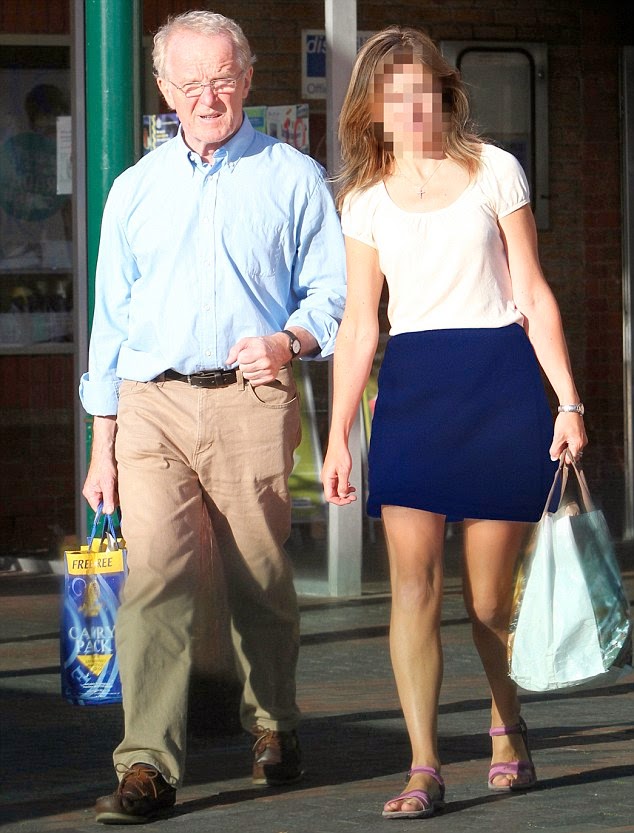 The shocking news about Cardinal McCarrick prompts me to repost this, from September 2014. The subsequent posts on the series can be seen here and here.

It is hard to think of a precedent in England and Wales for what has happened to Bishop Kieran Conry, though there are plenty from other countries. The downfall of Cardinal O'Brien over the border in Scotland is an obvious one, a closer parallel, however, is afforded by the career of late Bishop of Argyll and the Isles (in north west Scotland), 'Roddy' Wright. I discussed this on this blog because Mgr Basil Loftus had declared that Bishop Wright had merely wanted to get married to the woman he loved. How sweet. Loftus neglected to mention that the wretched Wright had been having affairs with two women, one of them married, simultaneously, and eloped (this was back in 1996) with the one by whom he had not had a child; other affairs had apparently preceded this.

I have no wish to engage in prurient judgmentalism about Bishop Conry, but precisely because this is a new thing for us in England and Wales it is important to consider what we should learn from it.

What Basil Loftus would like us to conclude - and Catherine Pepinster, editor of the Tablet, was quick to make this point on Twitter - is that it is further evidence that mandatory clerical celibacy should be ended. This reaction has become such an ingrained reflex among liberals that they haven't stopped to think about the circumstances of this case. What sort of 'marriage' would have suited Bishop Conry or Bishop Wright? Some sort of free-wheeling polyamorous ménage, one assumes, open to women who are inconveniently married to other men, men who aren't necessarily very happy about sharing the marital bed with their bishop.

No, one must recognise this for what it is. Liberals can talk chirpily about priests merely 'falling in love', and how the problem could be solved by letting them marry, but there is a huge problem here of the priest's spiritual authority, a problem exacerbated when the cleric is a bishop. I've no idea what happened with Bishop Conry, but the stereotyped story, which has happened often enough, is of a woman who comes to a priest with a problem about her marriage, and if the priest is 'down with the kids' and lacks the formality and boundaries vital for the job, they end up in bed together. The priest may be a calculating serial adulterer or he may be naive, but this isn't a normal relationship of equals, or even a 'normal' adulterous affair, because the priest's spiritual authority has the effect of making the women think that, at least in its opening stages, what is happening must be ok, and anyway she is both in awe of him, and aware that he can make things difficult for her if resists. The priest's prestige and authority makes the situation intrinsically problematic, even abusive.

In the recent past, when sanity had not yet departed the education system in despair, it was thought a matter of serious professional misconduct for a teacher or even university tutor to have an affair with a pupil or student, because the teacher's prestige, in the student's eyes, and power over the student, makes the whole thing unfair. This is true to a far greater extent with priests, and even more so with bishops.

Does this mean that it would be hugely problematic simply to end 'clerical celibacy'? Yes it does. How do the Orthodox deal with the problem? They don't: their priests and bishops are not allowed to marry. How can this reality be conveyed through the liberals' thick skulls? Let me say it again: the Orthodox churches do not permit priests and bishops to marry. On the eve of their diaconate seminarians conventionally find a wife, before ordination; if she dies, they may not remarry. Only celibates - generally speaking that means monks - are consecrated bishops. Priests flirting and courting and getting married among the Orthodox? No, no, no.

Please note that when serious people talk about changing the discipline of celibacy in the Latin Church, they are talking about the possibility of adopting the Orthodox approach, and that is what the concessions to convert Anglican clerics amounts to. No serious person imagines that the Church could just allow priests to marry. And married bishops? Forget it. And will priests be allowed to have a series of adulterous affairs one day? Er...

How do the Anglicans manage it? As best they can. One can at least observe that their theology of the ordained ministry does not place create quite such a disproportion of power in the cleric vis-a-vis the object of his, or her, attentions; that courtship and marriage during training or very early in a clerical career is somewhat less problematic, than later; and that clerical courtships have always provided our separated brethren with a rich vein of humour. Who can forget Trollope's superb fictional widow Mrs Bold boxing the ear of the insufferable bishop's chaplain, Mr Slope, in response to his proposal of marriage? The tremulous advances of Dr. Chasuble towards Miss Prism in Oscar Wilde's The Importance of Being Earnest? Or Sydney Smith's observation:

How can a bishop marry? How can he flirt? The most he can say is, 'I will see you in the vestry after service.'

When it comes to priests bound by a vow of celibacy, dealing with (often married) women in a very vulnerable emotional state, seduction, however, is no laughing matter. It is not a peccadillo we should shrug off indulgently. It is a very serious moral evil, with an ever-widening circle of victims. By all means let us pray for Bishop Conry. The revelation of his crimes should make us more vigilant, not less, about the way priests behave.

It is time we put the boot on the other foot. When this kind of thing happens, we must learn to say, not that the rules should be relaxed somehow, but that the touchy-feely, hugging-and-kissing, face-to-face confession, open-necked shirt approach to the priesthood is collapsing under its own contradictions. A more traditional conception of the priesthood is actually the only one which is going to stop behaviour in which women are hurt, children are hurt, husbands are hurt, parishes are hurt, and priests are ultimately destroyed.

Support the work of the LMS by becoming an 'Anniversary Supporter'.
Posted by Joseph Shaw at 7:00 am