Anyone know the late John Arnell? 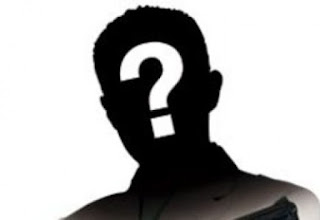 From the Southwark News:


A mystery surrounds the identity of a Nunhead [South London] man who left his entire legacy to a small Catholic charity.
The Latin Mass Society is desperately searching for anyone who knew John Edward Arnell, who is believed to have lived in St Asaph’s Court, St Asaph’s Road before he died in May 2017.
The News understands Mr Arnell was once a member of the Latin Mass Society, but the charity was taken aback by the size of the generous donation – the largest sum it has ever received – because he had not been involved with the organisation for several years.

'Desperately' is not quite the word I'd have chosen, but we really would like to give any friends and acquaintances the chance to attend a Requiem for him in the most appropriate location possible, and it would be really nice to know something about him. We've tried some obvious avenues without success and now we've got the story into a local paper.

The bequest he has left us is not life-transforming for the LMS, but it is really, really nice and as the story says it is the largest single bequest we have ever received. This is particularly touching since Mr Arnell was not a man of great wealth: much of the money is simply the modest flat he owned and died in. Since there are no close relations, or friends acting as executors, it behoves us to ensure he is given a proper public send-off. (We have, of course, already organised Masses to be said for his soul.) It is upsetting that we weren't notified before the solicitors dealing with the case had his body cremated... but we'll do what we can.

Anyone with informtion should email info@lms.org.uk