Mr Bornhoft on the Latin Mass and evangelisation

Over on Rorate Caeli I've dissected a blog post or column by William Bornhoft claiming that the criticisms of the liturgical reform made by Traditional Catholics means that they are rejecting the teaching of the Church. Here I want to tackle another claim he makes. It relates to the title of his post, but he says very little about it; it comes down simply to this.

The liturgical renewal came about after the Church—no longer a primarily European institution existing in the age of medieval Christendom—realized that the Tridentine form made it hard to evangelize and communicate with the modern world. For TLM Millennials [ie Traditional Catholics], their personal preference for an older form of the mass is overriding the Church’s essential outreach efforts. It shouldn’t come to a surprise to Guzman, given his claimed expertise in this area, that most men may not be interested in attending an hour-long mass in a language they don’t understand.

This is what a lot of Catholics who don't know much about the Traditional Mass think, so it is worth explaining why it is wrong.


First of all, it implies that evangelisation has become more effective since the reform got going in the 1960s. This is an empirical claim and it is very easy to show that it is complete nonsense. Just look at this graph showing receptions into the Church each year in England and Wales. It really is very simple. 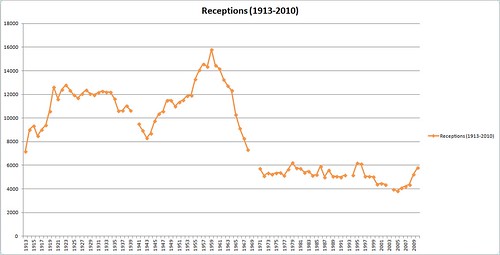 And before anyone says 'oh, there were other factors', of course there were other factors; I've written about them here. It remains obvious that the intense debate about reform from the late 1950s, the introduction of the vernacular in 1965, the complete loss of Latin in 1967, the shortening of the Mass in 1965 by cutting off various elements like the Prayers at the Foot of the Altar, the Last Gospel, and the Leonine Prayers, and the exciting and shiny New Order of Mass (Novus Ordo Missae, Mr Bornhoft: that's just the same thing in Latin) in 1969, cannot be said to have had any statistically detectable positive effect. If anyone wants to explain away the negative correlation, well that's their business. What is undeniable is that the liturgical stability of the first half of the 20th century coincided, at least in England and Wales, with a monumentally successful period of evangelisation, and that the era of the Novus Ordo has coincided with a period of disastrously unsuccessful evangelisation. It is not drawing in the crowds.

Resistance to the obvious conclusion derives not from statistical quibbles, but from the genuine difficulty many have in understanding how it could be that an 'hour long Mass in a language they do not understand' could attract people. It seems so obvious that the incomprehensibility of the Vetus Ordo must have been a barrier to evangelisation that all the graphs in the world could not convince them of the contrary. I want to try to explain what the tens of thousands of English converts in the early 20th century, and the young people attracted to the Traditional Mass today, got or get out of it.

The first thing to understand is that not being able to understand the words the priest is saying, as he says them, without reference to a hand Missal, does not mean that the onlooker does not understand what is going on. For one thing he may be using a hand Missal. And then there is the issue of liturgical catechesis: a huge number of mainstream Catholics don't have a clue what is going on in Mass, regardless of the language used. But even leaving these issues aside, there is something which needs to be said again and again, which is well said by the theologian Fr Aidan Nichols OP, when he made a point which is obvious when it is clearly stated (in his Looking at the Liturgy): that sociologists and anthroplogists have noticed that it isn't the clearest symbols which have the most power. 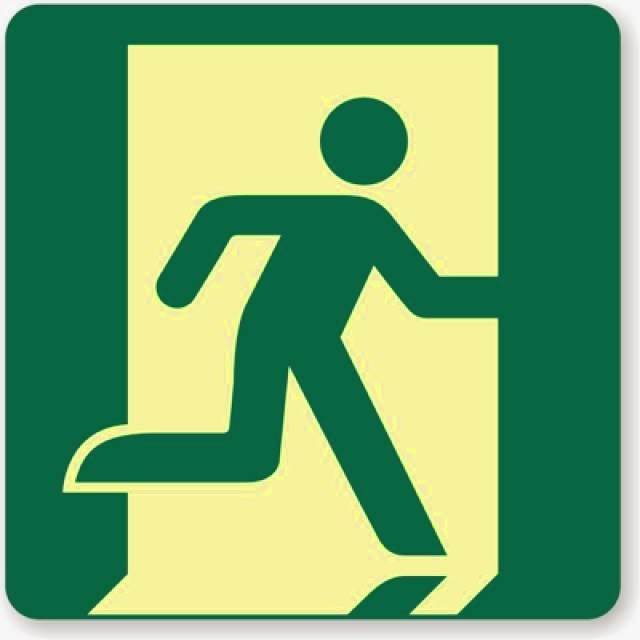 Go to an art gallery: which is the image which have the most powerful effect on people? This one? It is the clearest. But somehow it doesn't fire the imagination.

Open a book of poetry: what is the most powerful, moving, inspiring poem? 'The cat sat on the mat'? But that is is clear.

The reality is that people understand more than they can articulate; they can absorb more, in a piece of art, than can be explained to them in words of one syllable. When Alice, in Alice in Wonderland reads the Jabbawocky, which is composed largely of nonsense words, she says that somehow it fills her mind with ideas. Art can do this. Even a text can communicate non-verbally as well as verbally.

All the more so the liturgy, which is not just a text, and which, in the form of the Traditional Latin Mass, is perhaps the greatest work of art in the Western tradition. The most powerful part of it is, in fact, silent. Talk to theologians about silence, and they will tell you it is God's language. How can you understand something which is merely silence? The answer is that there is no 'merely' about it. It is a silence filled with meaning, a meaning which is not at all obscure to the congregation, even if they are new to the Vetus Ordo. They know that they are in the presence of the Mysterium tremendum. Don't take my word for it: go along and see for yourself. And ponder the words of St John Paul II, who said (Dominicae Cenae (1980)) that the Latin of the Mass 'elicited a profound sense of the Eucharistic Mystery'. It communicated something of more significance even than the literal meaning of the beautiful and ancient liturgical texts.

In relation to the New Evangelisation, that is, the re-evangelisation of formerly Christian countries, the Traditional Mass is exactly what we need, for reasons superbly summarised by Bl Paul VI (Evangelii nuntiandi (1975) 42):

‘Modern man is sated by talk; he is obviously tired of listening, and what is worse, impervious to words.’

How can we get through to these modern people? What can we offer them that they recognise, however dimly, as being of interest or value? We have for them something precious, something deep, beautiful, and touching. Not everyone is open to it: not everyone was open to the preaching of Our Lord. But it has the power to soften the hardened heart, to penetrate the jaded imagination, and to draw in the impoverished intellect. That's not bad going.

A number of position papers are relevant to these posts, and you can see them on the FIUV website. Notably:
PP 2: Liturgical Piety and ParticipationPP 7: Latin as Liturgical Language
PP 9: Silence
PP 11: Western Culture

Support the work of the LMS by becoming an 'Anniversary Supporter'.
Posted by Joseph Shaw at 2:00 pm

Labels: Liberal critics of the EF, Western culture and Evangelisation