Bill Murray on the liturgical reform 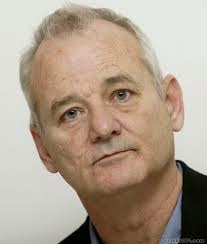 I'm not the sort of person who regards the words of the famous as having more weight than the words of people who actually know what they are talking about. But this is a personal impression, and it is interesting.

'I tend to disagree with what they call the new mass. I think we lost something by losing the Latin. Now if you go to a Catholic mass even just in Harlem it can be in Spanish, it can be in Ethiopian, it can be in any number of languages. The shape of it, the pictures, are the same but the words aren’t the same.”

Isn’t it good for people to understand it? “I guess,” he says, shaking his head. “But there’s a vibration to those words. If you’ve been in the business long enough you know what they mean anyway. And I really miss the music – the power of it, y’know? Yikes! Sacred music has an affect on your brain.” Instead, he says, we get “folk songs … top 40 stuff … oh, brother….”'
The whole interview is here.