The Paix Liturgique newsletter has a series of interesting comments from different people, including Nicola Bux and Bishop Schneider, on the appointment of Cardinal Sarah as Prefect of the Congregation for Divine Worship, here.

One is from me. Here it is. I was asked to say something about the challenge facing this Congregation, and its new Prefect.

"Under Pope Paul VI and Pope John Paul II, the Congregation issued a series of condemnations of some liturgical abuses, while simultaneously conceding defeat on others, such as the reception of Holy Communion in the hand, Communion under both kinds at large, Sunday celebrations, and female Altar servers. The supporters of liturgical propriety had the impossible task of defending a series of rules which were almost universally flouted, knowing that the Congregation could itself abandon them at any moment. 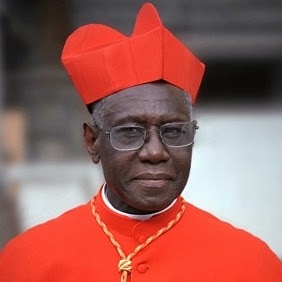 Under Pope Benedict a new phenomenon arose: a generation of priests and bishops, often inspired by the Traditional Latin Mass, who wished not only to combat abuses but thoroughly to re-sacralise the liturgy. This popular movement often found itself at the limits of what was allowed under the rules of the Ordinary Form. For example, a favourite aspiration, encouraged by Cardinal Ratzinger in The Spirit of the Liturgy, was the restoration of the traditional silent Canon, not permitted in the Ordinary Form.

With the advent of Pope Francis the re-sacralisers have not gone away, and the case for increasing the sense of the sacred in the Ordinary Form, as for increasing the availability of the Extraordinary Form, is difficult to dispute. Cardinal Sarah is left with the problem of how to foster and guide this project, without igniting a civil war in parishes over the liturgy."

Cardinal Sarah has said some excellent things in the past, particularly about the evils of 'Gender Ideology' and the attempts by rich countries to impose sexual libertinism on Africa. We shall see what he makes of his new, liturgical brief.

Here is part of a sermon he gave to priestly ordinands.

“if we have fear of proclaiming the truth of the Gospel, if we are ashamed of denouncing the grave deviations in the area of morality, if we accommodate ourselves to this world of moral laxity and religious and ethical relativism, if we are afraid to energetically denounce the abominable laws regarding the new global ethos, regarding marriage, the family in all of its forms, abortion, laws in total opposition to the laws of nature and of God, and that the western nations and cultures are promoting and imposing thanks to the mass media and their economic power, then the prophetic words of Ezechiel will fall on us as a grave divine reproach.”

“These reproaches are serious, but more important is the offense that we have committed against God when, having received the responsibility of caring for the spiritual good of all, we mistreat souls by depriving them of the true teaching of the doctrine of regarding God, regarding man, and the fundamental values of human existence,”