Hypocrisy and fallacy over censorship 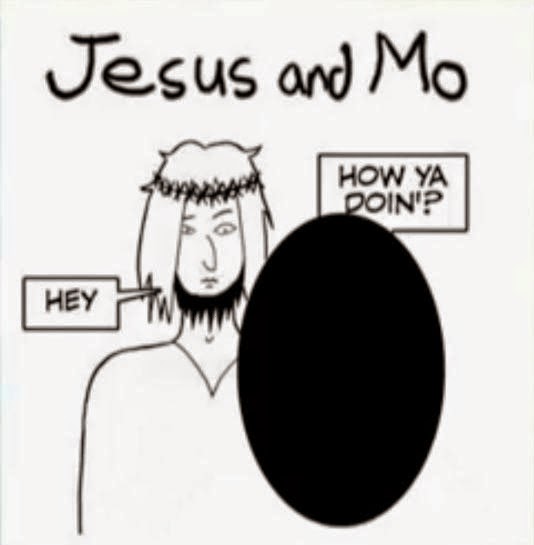 Some of the arguments being made about censorship in the wake of the appalling Charlie Hebdo massacre are so silly and irritating that I want to say something about them.

The central claim of a lot of the response to the massacre is that the Freedom of the Press must be upheld: the 'right to offend'. What is hypocritical is the making of this claim, at least by implication, by leaders who do not allow the kind of freedom used, or misused, by Charlie Hebdo in their own countries. In the UK and the USA it is simply delusional to think that we have 'the right to offend'. Every week people lose their jobs for causing offense, often against Muslims, but also against Gay activists. Expressing any kind of religious conviction has become a sackable offence within the UK's National Health Service and many liberal American Universities. Admitting doubts about same-sex marriage can end your career in the secular world of internet companies, as Brandon Eich discovered. We have been moving sharply away from free speech in the Anglosphere for at least thirty years. And now we are all in favour of it? Gimme a break. As Norman Tebbit has written, now that our politicians have decided it is such a good thing, can we have it, please?


But here is a subsidiary claim: 'censorship doesn't work'. If you want to know how effective censorship can be in an otherwise fairly free society, just consider the effect of the repression of discussion of issues relating to sexual morality in the UK and the USA. In educational establishments where you'll get sacked from your job for even talking about Gay Marriage, what do we find? Well, we find very, very little discussion of views dissenting from the secular orthodoxy. Weird, or what? No, not weird, just a rational response to crushing incentives. Could we pull off the same trick in relation criticism of Islam, mocking of Mohammed, or indeed depictions of him? Silly question: we are almost there already. Critics of Islam have a very, very tough time speaking on University campuses on either side of the Atlantic. The BBC won't show even harmless cartoon representations of the man they call 'the Prophet'. Such cartoons, on T-shirts, were regarded as unacceptable at a University Fresher's Fair Atheists' stall this very academic year. Of course it can be done: it is being done.

I say all this because we can't have a rational discussion if we are living in some kind of fantasy world. I don't say it because I am in favour of gratuitously insulting Muslims: or homosexuals, or indeed anyone else. Indeed, the next absurd and delusional claim that has me chocking on my corn-flakes is this, which I saw on Twitter re-tweeted by Louise Mensch:

Who is going to agree with that? But it is the second proposition which is more to the point. It is obvious that hate-speech can undermine some people's self-esteem, and it is equally obvious that it doesn't follow that vulnerable people should be trodden into the ground for that reason. What sort of a person wants to use vituperation and abuse to destroy another human being, psychologically? A sociopathic bully, I suppose. If that is the mindset behind the 'Je suis Charlie' movement, they can keep it.

There has long been a debate between the Politically Correct crowd and the Freedom of Speech crowd over hate speech. The PC people think it is offensive to say 'fireman' or fail to bake a cake for a same-sex couple; the Freedom of Speech people think that we should all be allowed to say what we like. It is understandable that Freedom of Speech should be emphasised right now, but the reality is that this side of the debate has comprehensively lost the battle in Universities, in the public sector, and in the legal treatment of 'offensive language'. We are not in a position to 'defend free speech': we don't have it. But it is also important to recognise that, whatever idiocies have been inspired by Political Correctness, the principle that bullying and the systematic denigration of groups are serious moral issues which on occasion need to be dealt with by the law, is correct. We can't defeat Political Correctness, and restore the freedom necessary to discuss issues of national importance freely, by denying the obvious, or by appealing to the fantasy that censorship doesn't work. It can only be defeated by having a rational debate about what limits there should be to free speech.

Some very naive people (the Catholic journalist Stuart Reid is one) like to say that Political Correctness is just 'politeness'. It isn't. It is a system of prioritising some groups over others to determine who can insult - and sometimes even murder - whom, on the basis of some theory of which group is most 'historically oppressed'. BBC coverage of the Middle East is incomprehensible unless you understand that Palestians outrank Jews, and while Yazidis and Kurds can outrank militant Islamists, Christian Arabs can't. Hell will freeze over before we see BBC treatments of the historic Arab trade in black slaves, and the English language does not have an extreme enough metaphor to describe the impossibility of their tackling Muslim enslavement of white Europeans. The extent to which we can talk about honour killings and female circumcision depends on the outcome of turf battles between feminists and anti-racism campaigners. Tragically for the victims of the Rochdale abuse rings, the anti-racists have long had the upper hand.

The lack of coherence in the system is turned to advantage, since this enables it to re-arrange priorities in accord with political fashions. The aftermath of the Charlie Hebdo massacre, however, may yet test its flexibility to the limit. They will claim that the only alternative to Political Correctness is a hate-filled free-for-all. The free-speech crowd will tell us the only alternative to free speech is a theocracy. Both claims are absurd. It is perfectly possible to have principles on hate-speech and slander which are based on a genuine consensus and which don't arbitrarily privilege one group over another. That is what Political Correctness and the libertarians have, between them, largely destroyed, and what needs to be restored.


Support the work of the LMS by becoming an 'Anniversary Supporter'.
Posted by Queen of Puddings at 10:32 am