New book: God of the Gulag by Jonathan Luxmoore 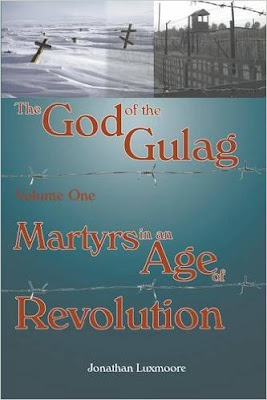 Any book shining a light on the heroic witness of those killed for their Christian faith under Communism is to be welcomed. This major two-volume work is especially so, because of its comprehensive coverage of Soviet and Soviet-bloc persecution.

Well done to Jonathan Luxmoore, otherwise known for his occasional news stories in the Catholic press. The publication of this work marks the culmination of a massive project of research and writing.

The book is available from Amazon (Vol 1, Vol 2) and directly from Gracewing.

God of the Gulag, by Jonathan Luxmoore

Volume 1: Martyrs in an Age of Revolution

The eight decades from the Bolshevik Revolution to the collapse of the Iron Curtain brought a wave of anti-religious repression comparable to anything seen in the fabled persecutions of the first Christian centuries. It inflicted sufferings and agonies equalling those of the darkest periods; and it stimulated writings and reflections paralleling the most insightful and moving from Christian history. This first volume of The God of the Gulag shows how the paradigms of persecution and martyrdom were established in the Early Church, when Christians were hounded by the Roman state as a threat to the established order-and how they reappeared when anti-Christian persecution returned on a mass scale after the French Revolution, as new hostile states and popular movements tried again to dismantle the power and influence of the Christian Church. Drawing on accounts and documents in many languages, it examines the first phase of communist rule after the 1917 Russian revolution, when a ruthless campaign was launched to destroy all organised religion and redirect spiritual strivings towards an absolute subservience to the Marxist vision. It looks at how Christians attempted to defend the Church and witness to their faith as the communist dictatorship was extended under Stalin to post-War Eastern Europe, bringing a new wave of arrests, trials and purges. 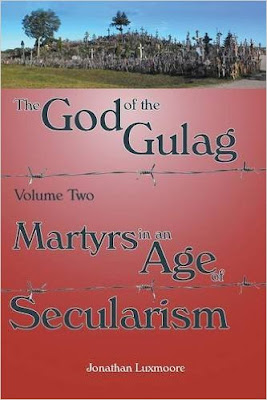 Volume 2: Martyrs in an Age of Secularism

By the end of the 1950s, more than four decades had passed since Lenin and his Bolshevik followers had first seized power in Russia. Open brutality and terror had given way to administrative forms of repression and control. But the aim of communism was still very much alive-to create an egalitarian society ruled by the working class under the direction of the Party avant-garde. Intimidation and coercion by the secret police were still indispensable tools for pursuing that aim. Hostility to the Church and contempt for religious faith were still fundamental to the communist programme. This second volume of The God of the Gulag details the continuing campaign against the Church and its members, as the age of revolution gave way to an age of secularism, and new efforts were made to impose scientific atheism and rid the world of religious superstition. Drawing on accounts and documents in many languages, it shows how the requirements of Christian witness evolved as the policies and tactics of the one-party state developed, and how Church leaders sought new ways of sustaining religious life after the 1962-5 Second Vatican Council. It recounts how growing dissent was strengthened by the shock-election of a Polish Pope in 1978 and the rise of the Solidarity movement two years later, and how the bitter and protracted endgame of communist rule was played out in the 1980s. It assesses the lessons to be learned by the Church and its opponents from this modern era of persecution and martyrdom; and it looks at how the heroic testimony of the twentieth-century martyrs should be recognised and commemorated.