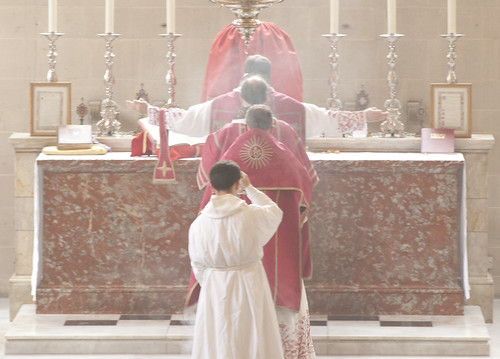 Last Saturday Oxford's Dominicans celebrated a High Mass; it was the feast of St Peter Martyr in the Dominican calendar. 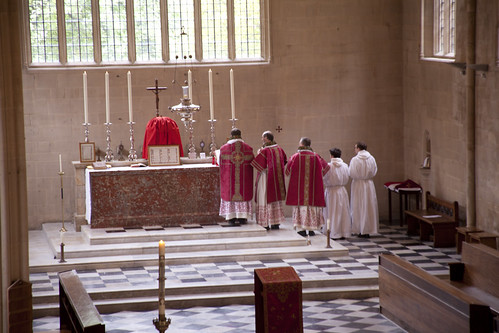 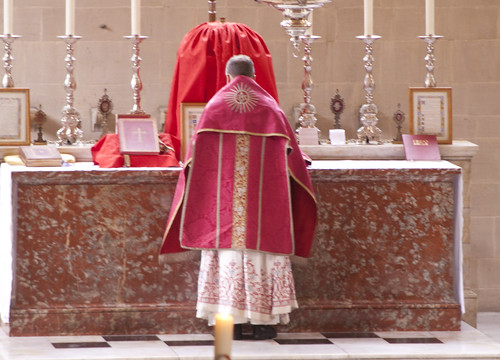 It was accompanied by the Schola Abelis of Oxford, led by Dominic Bevan. 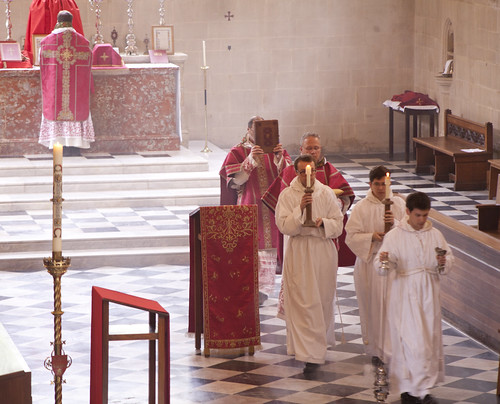 It was well attended. Every year in October we have been having a Dominican High Mass for the Latin Mass Society's Oxford Pilgrimage. Recently there have been more, and we've been having them near the beginning of each University term. 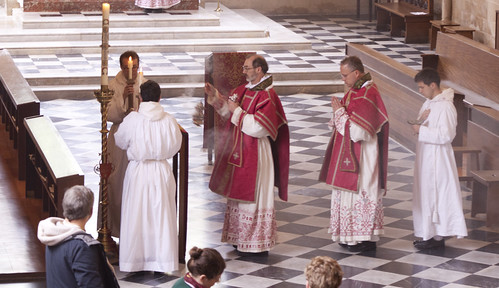 The numbers attending have increased, rather than decreased; although this was not a great feast, and no professional polyphony was on offer (which we arrange for the annual Oxford Pilgrimage), there were 60 people in the church all told. 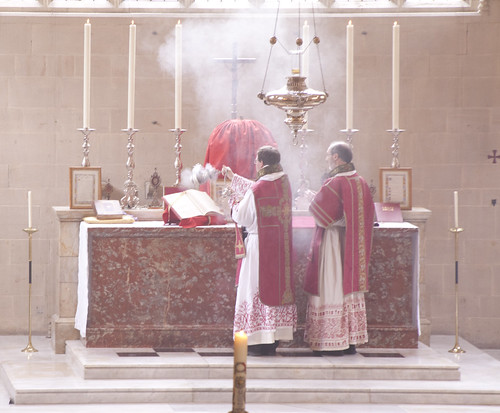 The singers, from the Schola Abelis, otherwise sing the standard Roman, Gregorian Chant, which is different in certain subtle ways from Dominican chant and the notation in which it is written. I wouldn't say we are experts in Dominican chant yet, by a long chalk, but we are getting used to it. 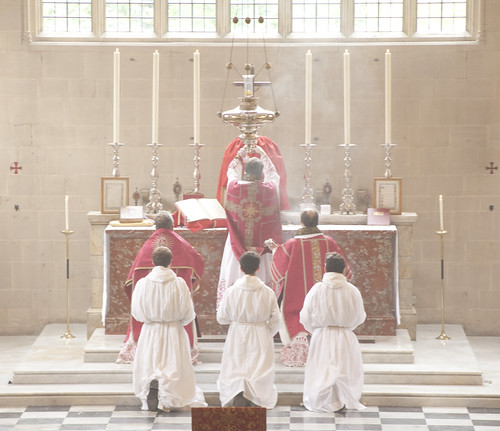 It has been an opportunity for the Dominicans, both priests and student friars, to take part in the High Mass of their own rite. I noticed particularly on Saturday a number of non-Dominican clergy in choir or in the congregation. The Dominican Rite is very interesting, and very moving. I am very happy to have been able to contribute to this series of Masses. 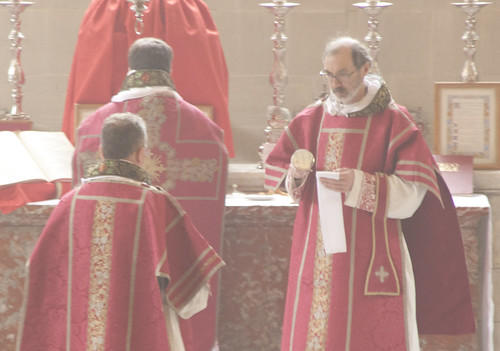 As Mass progresses, the incense increasingly clouds my photos of the sanctuary, taken from the choir loft. 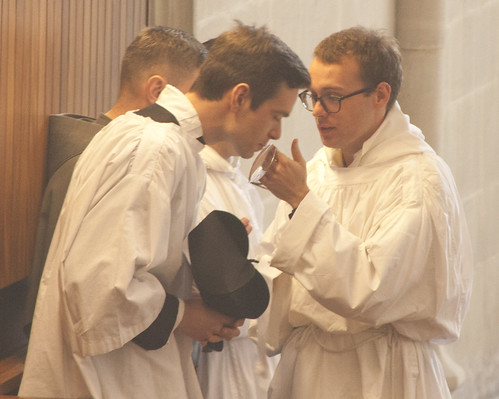 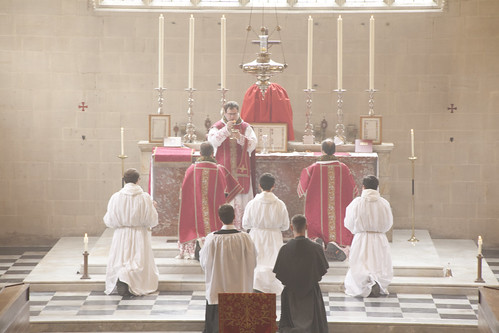 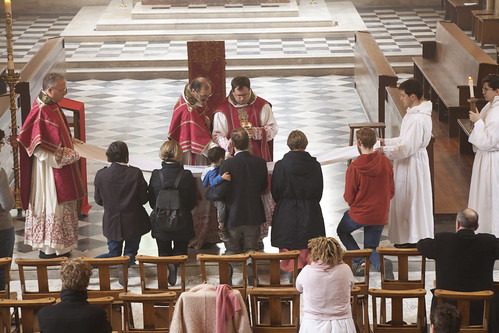 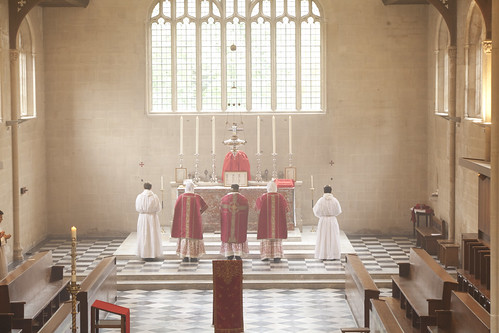