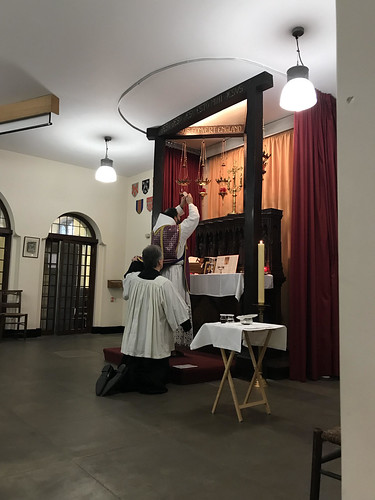 Last Saturday a Traditional Sung Mass was celebrated in the Relic Chapel of Tyburn Convent in London, by Fr Serafino Lanzetta. It was celebrated with Low Mass ceremonies, and just one server, accompanied by two singers. This Mass was sponsored by the Latin Mass Society. 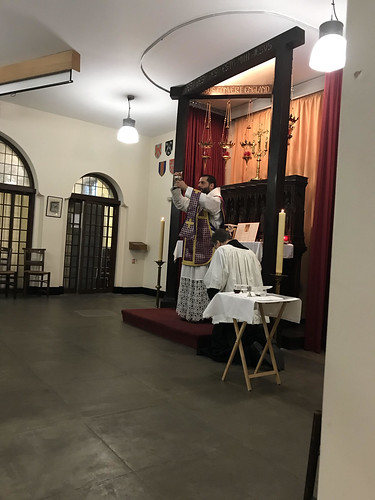 The occasion was a youth conference organised by the Catholic Medical Association (and on Facebook), on the subject of conscience. I gave a talk, as did John Smeaton of SPUC and s sister of the convent. Fr Lanzetta gave a sermon on the same subject. 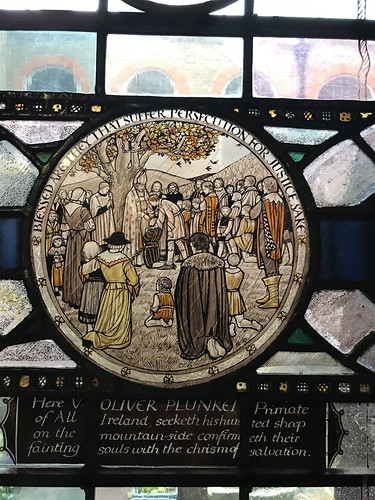 It was a great privilege to hear Mass in this place, where so many relics of the martyrs can be seen. There are also some lovely stained glass windows showing episodes from their lives, illustrating for example the Corporal Works of Mercy. I love the rain in the above panel, showing St Oliver Plunket giving the sacrament of Confirmation on a hillside. 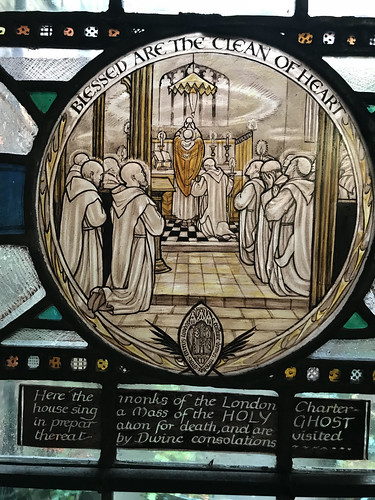 Above the Carthusians celebrate Mass before finally defying Henry VIII by refusing the swear the Oath of Supremacy, which denied the authority of the Pope. 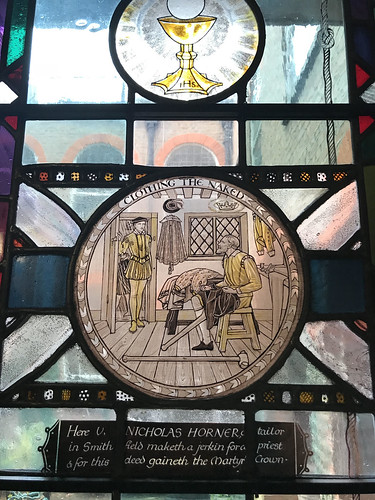 The chap above, Bl. Nicholas Horner, was a tailor. The crime for which he died was making a doublet for a priest, contravening the law against giving comfort and assistance to priests. He had already lost a leg because of the chains he endured during a previous period of imprisonment.