Position Paper on the Sanctoral Cycle 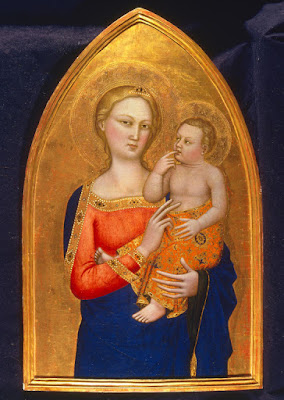 Today I publish the last of the FIUV Position Papers: The Sanctoral Cycle of the Extraordinary Form. Go over to Rorate Caeli to read it.

Researching the calendar, specifically the cycle of saints' days, has been very interesting. It has underlined how reletively empty of saints the 1969 calendar is (although the Novus Ordo has picked up a few more over the decades since then). If you go to a weekday Mass in the Novus Ordo, the priest will more often than not be wearing green, during 'Ordinary' time, or violet in Advent or Lent, or white in Paschal time: the colour of a 'ferial' day, when no feast is being celebrated. I have heard of this being taken even further, and a preference for the ferial Mass taking over even on days when according to the rules there should be a saint. But in the Traditional Mass ferial Masses are downright rare. On the few days each week when there is no saint to celebrate, priests tend to say a Votive Mass.


It is important to understand the rationale behind this preference for ferias in the OF. In the EF a succession of ferial Masses would mean a succession of celebrations of the Mass of the previous Sunday (without the Gloria or Creed). Doing this sometimes can be nice, and occasionally the Mass of the previous Sunday may not have been celebrated on the Sunday (for example, the First Sunday after Pentecost is always replaced by Trinity Sunday). But doing this every day of the week would be a bit odd. For those who attend the Traditional Mass either every day or one or two days in a week, Masses are distinguished from each other by the saints and by the Votives chosen by the celebrant. On Fridays we tend to get the Mass of the Sacred Heart; on Wednesdays the Mass of St Joseph (a Mass formulary which isn't used on either of his feast days, for historical reasons); Our Lady on Saturdays; and so on: these are devotions which will often be marked by statues or side-altars in traditonally-decorated churches. The saints and the Votives slot into our devotional lives: we can read up about the saints and pray to them, we can engage with the devotion celebrated in the Votive Mass. As you become used to the EF, it all fits together.

It is not so in the EF. Why? It was not an accident: Archbishop Bugnini said the fuss about the reform of the sanctoral cycle came from people who had a 'devotional attitude' to the liturgy. He thought that a devotional attitude to the liturgy was wrong. It wasn't, he thought, truly liturgical, and it wasn't truly scriptural. It had to be stripped away to reveal the bare reality of the Mass, like a modernist building with all the pipes showing. On the one hand the worshipper was not to be distracted, more than necessary, by devotions, from the action of the Mass itself. On the other hand, the liturgy would day by day introduce him to reams and reams of scripture, through the 'lectio continua' Lectionary: a Lectionary which, particularly in weekday Masses, plods through the books of both Testaments page by page (leaving out the odd embarassing bit, of course).

As someone who for periods of my life attended daily OF Masses I'd say that the reformed Lectionary does to an extent give one's liturgical experience both continuity and difference: the readings of today's Mass will very probably continue the story or exhortation or whatever it is of yesterday's. Indeed, the more obscure readings are easier to understand if you've been keeping up. But the saints are rather left out of it. Even when they are celebrated, and the priest is wearing the red of a martyr or the white of confessor, the lectio continua will probably carry on, however innappropriate the readings may be to the saint whose day it is.

I leave it to others to defend the Novus Ordo in more detail. I hardly think it necessary to defend the Traditional practice. It is just obvious to those who attend it that the traditional approach, which has been the Church's approach since the early centuries, feeds the spiritual lives of those open to it. The saints are not a distraction from Mass: they accompany us in it, and draw attention to its glories, since it was by it that they were themselves sanctified. The devotions of Massgoers and of the Votive Masses themselves point to Christ present in the liturgy as Our Lady points to the Christ-child in a thousand Rennaissance masterpieces. Why is St Joseph important? Why do we celebrate lots of Votive Masses of Our Lady? Because of their role in relation to Christ. And so it is with every authentic traditional devotion.

I hope this Position Paper, the last (at least for now) in the series, will help those who are and also those who are not familiar with the Traditional Mass to understand it better, and appreciate it more.

Support the work of the LMS by becoming an 'Anniversary Supporter'.
Posted by Joseph Shaw at 3:48 pm