Update: There is a peition asking Archbishop Tartaglia to support Fr Morris: https://chn.ge/2JIHh70

Bishop Toal of Motherwell has said this about Fr Morton's comments on Facebook:

“While Fr Morton feels justified in telling Fr Morris that he should have sought the permission and support of his Ordinary before having the Rosary in Reparation for the Gay Pride Gathering, I don't see him applying the same rule to himself in regard to seeking my permission, as his Ordinary, in writing his open letter to Fr Morris. Fr Morton chooses therefore to speak on this matter as an individual and he does not represent me nor the Diocese of Motherwell.

I take issue with Fr. Morton’s uncritical approval of the Gay Pride marches. Footage of any such marches often show people dressed as priests and nuns with the clear intention of belittling and making a fool of the Catholic Church. I understand why they engage in this tomfoolery but for me and other Catholics it creates a negative impression and probably a dislike of such events. I don't agree therefore with Fr Morton's uncritical approval of activities which mock the Church of which he is a public representative. We do need to support and minister to those in our Church who experience same-sex attraction but we can't deny the Church's teaching and throw in our lot with those who do so.”

On Monday night, Fr, Mark Morris, pastor of Immaculate Heart of Mary Catholic Church (IHOM) in Balornock, led a parish "Rosary of reparation for the gross offense to God which is Pride Glasgow."
Shortly after, the service was brought to the attention of officials at Glasgow Caledonian University (GCU), where Fr. Morris served as chaplain. He was promptly sacked.
Read the story there. 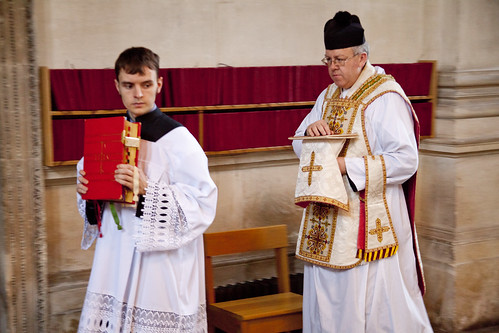 The story is both outrageous and predictable. Naturally the University authorities have no interest in the integrity of the Catholic faith or the freedom of its adherents to act on it. They have no interest in academic, aesthetic, or historical integrity either. Their only interest is in not falling out with the latest student politically correct demand, as it was over the issue of Rudyard Kipling's poem on display in Manchester University, or the former Provost of Oriel over the statue of Cecil Rhodes. As far as University administrators are concerned, students are customers, and if students wanted to be taught nothing but the collected poems of Minnie Mouse and have rainbow flags adorning every tower, they would do their best to arrange it. 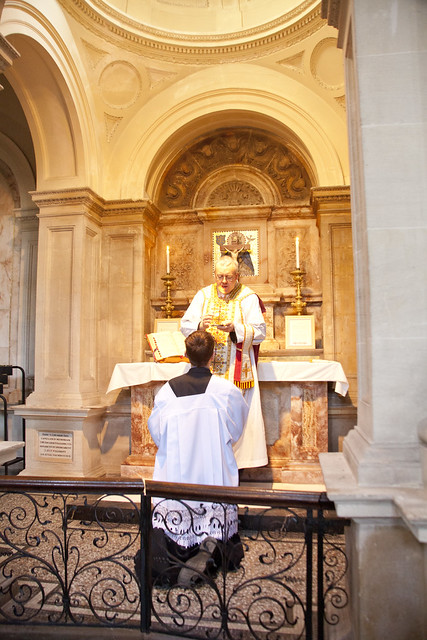 I think, nonetheless, that prayers of reparation for such evils are not only morally necessary but a good way of manifesting the Faith. Anything Catholics say or do about homosexuality is going to be interpreted as homophobia, but prayers of reparation locate the issue firmly at the level of personal sin and scandal. It is insofar as Pride events are celebrations of a lifestyle characterised by sin - insofar as they are, in fact, propaganda exercises for sin - that they are problematic. And it is precisely this aspect of them that those objecting to Fr Morris' prayers are objecting to.

There will be a votive Mass of Our Lady of Guadalupe in reparation for abortion in SS Gregory & Augustine's, Oxford, at 6pm on Wednesday 28th November.

Support the work of the LMS by becoming an 'Anniversary Supporter'.
Posted by Joseph Shaw at 7:29 pm