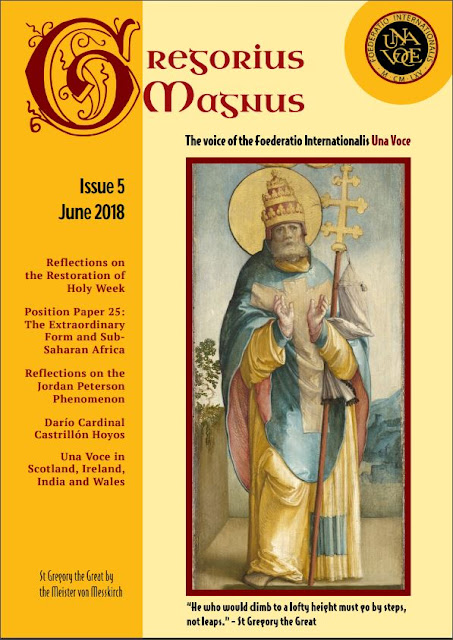 The fifth edition of the online magazine of the Foederatio Internationalis Una Voce (FIUV: Una Voce International) is available for free download as a pdf here.

The FIUV is the federation of all the Una Voce / Latin Mass groups around the world. It has more than 40 affiliates from North and South America, Europe, Asia, Africa, and Oceana. It was founded in 1965 and meets every two years in Rome.


Support the work of the LMS by becoming an 'Anniversary Supporter'.
Posted by Joseph Shaw at 9:50 am