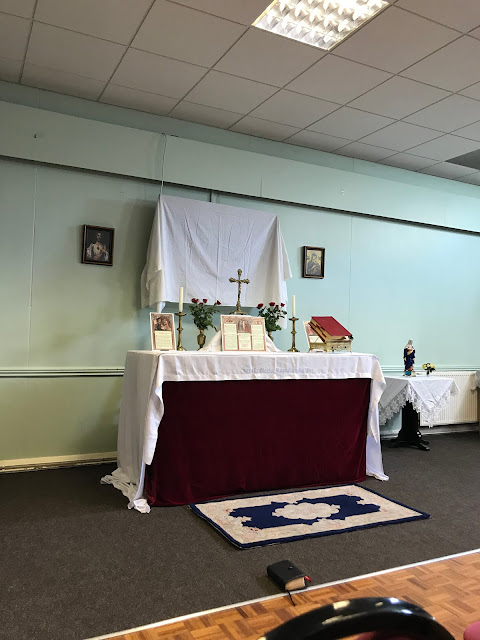 The Mass centre supplied by the Society of St Pius X in Oxford is to close. The last Mass will take place on Sunday 22nd July.

Priests of the Society have been travelling to Oxford from their base in Burghlere near Newbury.

In accordance with the policy of the Latin Mass Society I have never advertised these Masses, even though attendance at Masses celebrated by priests of the Society is permitted under certain conditions (Letter of the PCED from Mgr Camille Perl, Secretary, May 28, 1996; repeated in Protocol N. 236/98 of March 6, 1998).

This closure is something of an end of an era: this Mass centre continues a tradition going back decades. For a number of years they were celebrated by the remarkable Fr Michael Crowdy, before being formally adopted by the SSPX.

The venue of these Masses for the last 15 or so years, the North Oxford Conservative Association in Middle Way in North Oxford, is, however far from satisfactory.

I hope that before too long alternative provision, with the recognition of the Archdiocese, can be made in Oxford on Sundays: provision which, unlike the 8am Low Mass offered at the Oxford Oratory, is accessible to those living some distance away, or who rely on public transport. Although there are many more Traditional Masses being celebrated in England and Wales than in the past, it remains true that outside Oxford you have to go a long way to get to the next regular Sunday provision: Reading in the South, Birmingham in the North, Bedford to the East: each at least an hour's drive. To the West: forget it. (See this map).

The era of Catholics who wish to attend the ancient Mass having to travel long distances, attend Masses at unsocial hours or in peculiar venues, has not yet come to an end.

Support the work of the LMS by becoming an 'Anniversary Supporter'.
Posted by Joseph Shaw at 6:50 pm