Cross-posted from the FIUV blog.

The Summorum Pontificum Pilgrimage 'ad Petri Sedem' (to the seat of Peter) took place as usual this year, and with the personal permission of Pope Francies, Cardinal Matteo Zuppi, Archbishop of Bologna and President of the Italian Bishops’ Conference, officiated at the traditional Vespers in the Pantheon which began the Pilgrimage, and Monsignor Marco Agostini, one of the Pope’s Masters of Ceremonies, celebrated High Mass in the Chapel of the Throne in St Peter’s.

Mass in St Peter’s was said to have been attended by 1,000 people, including 200 clergy in choir. That is to say, we filled the Chapel of the Throne to capacity: on the Epistle side the chairs stretched back continuously to the baldachino; on the gospel side space had to be left for the procession. Similarly, in contrast to past years, we are now largely filling the Pantheon for Vespers (620 people seated, rising to 1,000 if you include the people passing through the place during the service), and a large crowd had to wait in the road during Adoration at Santi Celso e Giuliano, which was completely full. 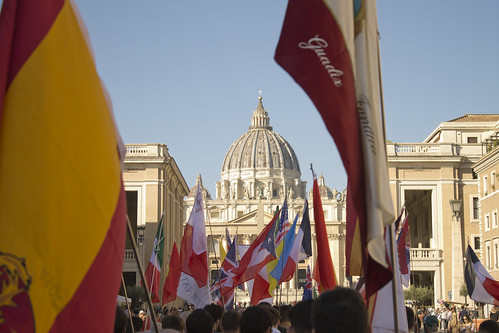 The Pilgrimage concluded with High Mass on Sunday at Sanctissima Trinita, the church of the Fraternity of St Peter, which was fuller than I have ever seen it. 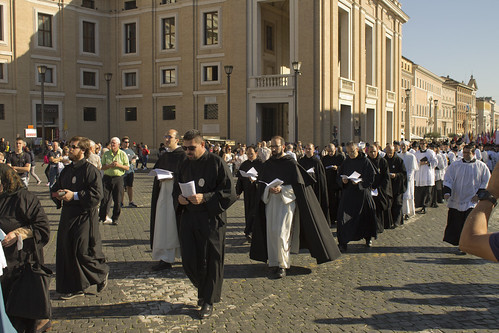 The Federation was represented by the President, Treasurer, and several Councillors who attended these events. 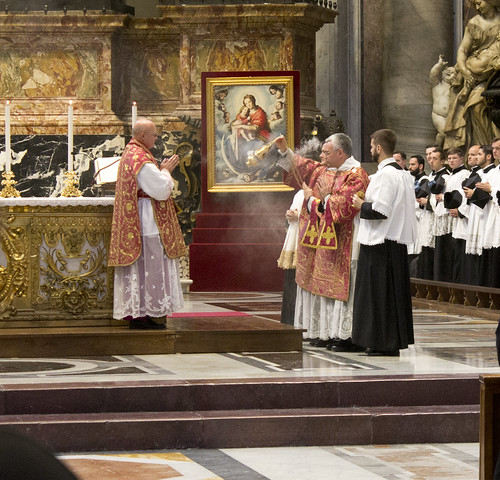 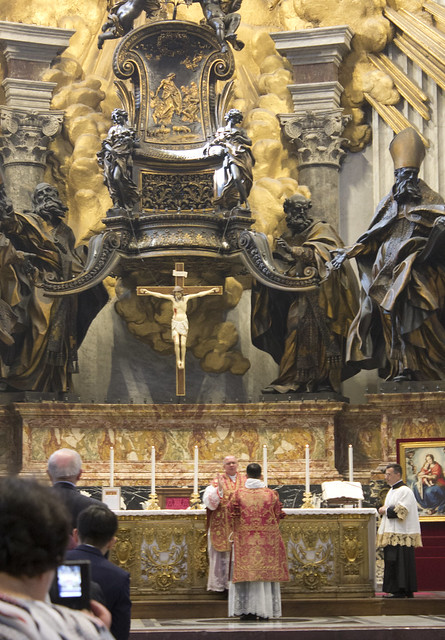