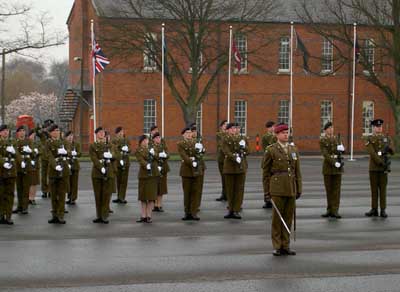 There is a very interesting discussion over on Rorate Caeli about the participation of the faithful in Traditional Low Masses. In the rules in force in 1962, reference is made to a document of 1958, Musica Sacra, which gives a series of options for different forms of participation, not only in terms of music but also in terms of the faithful making responses at Low Mass. The difficulty is that these recommendations were new, in 1958, and were overtaken by events only a few years later. They can hardly be presented as the timeless wisdom of the Church, indeed, they are clearly experimental. Many people attached to the 'former liturgical traditions' in the English-speaking world have a very strong preference for the most basic option, which was the norm before 1958 (at least in the English-speaking world): silence from the congregation. The dialogue is conducted by the priest and the server alone.

In my (considerable) experience of the Latin Novus Ordo, I was always conscious of the limitations on what the congregation could really manage: the odd 'Amen' is fine, but asking them to say 'Suscipiat Dominus sacrificium de manibus tuis, ad laudem et gloriam nominis sui, ad utilitatem quoque nostram, totiusque Ecclesiae suae sanctae' (which the rubrics of the Novus Ordo does ask them to say) is just silly. They simply can't do it. Even if they knew the words, which few of them do, or were comfortable reading Latin aloud, which few of them are, a block of text as long as that recited by a good number of people might start together but will sound like a swarm of bees long before the end. The only way to avoid this would be to do with the congregation what we do with the servers: drill them.

Musica Sacra goes further, however: the most advanced option includes the congregation reciting the propers (the changing parts of the Mass, such as the Introit) as well as responses (in Latin, obviously). The idea that they could declaim these even longer texts, which are different every day, is absurd, unless, in a seminary or monastery, the congregation is again seriously drilled.

Do I need to point out that drilling people in their responses (said or sung) at Mass is patronising, embarrassing and lame? If they can't pick them up naturally, perhaps with the help of a handout, forget it.

The less advanced options allow the congregation to say only the simpler responses, but at this point the whole thing becomes complicated. Which responses? Are there natural distinctions between the parts of the Mass in which the congregation is responding and

parts in which it is not? (No. The longest is the Confiteor, which comes in the middle of a lot of easy ones.) Is the distinction marked in missals? (No.)

It is obviously true that the 'dialogue Mass' can function when people have got a handle on what is expected of them, and that itself can be established by custom. It takes place in many parts of the world and people seem content with it. Like the document Musica Sacra itself, however, it does embed the unfortunate idea, which is at the heart of the debate about 'participatio actuosa', that the interior participation of members of the congregation is aided by them making a conscious effort to perform an outward task connected with the Mass. It is an unfortunate idea because it has a certain plausibility, but is false. It seems plausible to suppose that if the congregation is saying aloud 'Et cum spiritu sancto' or singing the Gloria they haven't gone to sleep but are actively engaged with the progress of the ritual. It is false, however, because (unless, perhaps, it has become second nature) reading the responses or the music from a book or sheet or for that matter remembering them is an intellectual task, and this task is not the same as the spiritual task of engaging in the Mass. As such it is a distraction from real, that is interior, participation.

To see that this is so consider the more involved kinds of participation, that of serving or singing at Mass. I know from my own experience, and it is certainly not only my experience, that trying to avoid making a mistake in serving or singing requires concentration. What you are concentrating on, as you kneel by the priest as a server, is 'Is it time to lift the chasuble?' 'Is it time to ring the bell?' 'I must stand up and go to the credence table in a moment'. If you are not concentrating on those things you will make a mistake. When you are singing you are focusing intensely on the music, listening to your fellow singers, looking at the conductor, and often keeping an eye on what is going on in the sanctuary. Either that or, again, you are going to make a mistake. In each case you have to fit your spiritual participation in round your ritual or artistic task.

Singing and serving are wonderful ways to assist at Mass, because they are ways of 'assisting' in the most obvious English sense. The intellectual or artistic effort you are making is something necessary to the Mass and you are offering it to God for His glory. It is a great privilege to be able to make this kind of contribution to the sacred mysteries. From the point of view of spiritual participation, of offering oneself with the Body and Blood of Our Lord offered by the priest to the Father, they are, however, distracting. Few servers and singers don't prefer, from time to time, to attend Mass as a simple member of the congregation. In the old days people would routinely attend Low Mass before attending Sung or Solemn Mass on a Sunday; you would be able to participate in different ways at each one.

It is just my opinion, but I agree with those criticised as 'neo-trads' who prefer the silent Low Mass. Don't try to make the congregation do what trained singers and servers do: let them participate in their own way, in their own time, and if they prefer with their own, interior, words.

Here's an aposite quotation from C.S. Lewis.
There is really some excuse for the man who said, "I wish they'd remember that the charge to Peter was Feed my sheep; not Try experiments on my rats, or even, Teach my performing dogs new tricks."