Michael Voris in the flesh 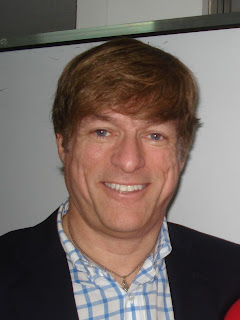 So now I've seen him. You pick up a lot more from seeing someone without the mediation of an internet video, and editing. Voris is just as energetic as he seems on his website, but not as carefully scripted.

Michael Voris is not a particularly good speaker. I don't say this as a criticism, it is just a fact; we all have different talents. I've given lots of talks and my concern is always to make a coherent, structured case; I don't know if I always succeed, but for all his charisma Michael Voris didn't. His talk meandered; at one point he made an aside and never got back onto the main point, as far as I could tell. Nevertheless he had lots of interesting things to say. He spoke without notes, with urgency, making points of principle and relaying some helpful and amusing anecdotes.

He is clearly not theologically trained. A number of times I thought: 'No, that not quite the right way to make that point': he's no heretic, but gets betrayed into saying things which aren't exactly right, he doesn't always use the right terms or express things in the right way. He said all the other sacraments exist for the sake of the Eucharist: no, that's not quite right. They exist for our salvation. Baptism shouldn't be subordinated to the Eucharist; one could as easily say the Eucharist exists for the sake of Baptist, for the sake of the Christian people brought into existence by Baptism. (And how does Matrimony fit in?) However he was making a point about the importance of the Eucharist; we knew what he was driving at and I'm not going to be reporting him to the CDF.

The fact is that the people who are theologically trained, or most of them, have left it to an enthusiastic auto-didact like Michael Voris to defend the faith, in its fullness, in an appealing way to a mass audience, addressing issues of immediate concern and relevance. Yes this has often happened in the Church before. The theologians, priests and bishops who don't like Voris' style should get off their backsides and do what he is doing, better. Frankly Voris is a hero for taking on this apostolate, all the more because of his limitations; that doesn't mean he shouldn't be criticised, but he should also be appreciated.

The overall impression was good. The audience loved it. And to show my appreciation I'm going to criticise (yes, that's my way of showing appreciation) what I take to be his central point: that we should all focus all of our energy on 'being Catholic', to the exclusion of things like (his examples) stamp collecting or football.
I wish more Catholics spent less time on frivolous matters, but there is an opposite worry too: that of religious mania, obsessiveness. As Catholics we see the value of artistic and cultural things, of friendship, and of simply playing games, in themselves. They aren't the most important things, but neither are they excluded from a well-lived life. It is interesting and can be useful to relate these things to Catholic history or culture where applicable, but we don't need to do that in order to justify them. Michael Davies used to say (I think I read this somewhere, someone who knew him can correct me) that Traditionalists needed sometimes to take some time off. Davies was a rugby fan. It is actually necessary for our mental health that we aren't always wound up in a state of religious enthusiasm--even if we do try to be aware, always, of the presence of God. We shouldn't see the state of spiritual fervour as an ideal to which we only sometimes attain, but as a part of a life of varied mental states, a life which includes playing with our children, reading a trashy novel, going for a walk, having a cup of tea... and maybe even collecting stamps. 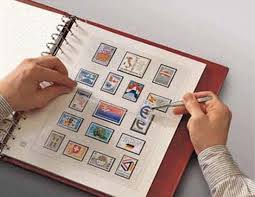 As I say, I wish more Catholics put aside their video games or gossip columns to read up on the faith, to attend devotions, to get involved in Catholic activities of all kinds. But there is a different message to be given to the kind of people who were attending Michael Voris' talk last night, the 'generous souls'. As Voris said, Catholics believe in the goodness and the salvation of the body as well as of the soul. Live a complete life; religious observance and Catholic activism may be the most important things in your life, but they shouldn't be the only things. Otherwise, you'll get burnt out and then you'll be no use to anyone. Yup, religious mania can be a danger to the Faith: your own, and other people's.

This is difficult today because everyone under the age of 60, if they care about their faith, is desperately trying to catch up on the religious formation they did not have as children and young adults; and the situation in the Church and the World is just so bad it can feel like living in a war zone. Do you take time off for pleasant excursions when the enemy is fighting their way in to your front room? Well, if you know the war is going to last at least for the rest of your life you have got to.

So! Talking of devotional activities, I'm now off to Walsingham. Look out for my live blogging from the road.
Posted by Joseph Shaw at 9:56 am