In my last post I promised to give arguments in favour of Communion on the tongue that actually work.

The problem with the arguments from the Church Fathers is that the issue had not been settled in the early centuries of the Church. This is a common phenomenon. The Church Fathers are important, but they won't settle for us the doctrine of the Immaculate Conception, for example: it wasn't settled in their day. For a slightly different reason, they didn't settle he arguments of the 16th and 17th Centuries about Free Will and Grace, because these arguments turned on distinctions which the Fathers did not make. Trying to squeeze definitive statements out of the Fathers on subjects which they simply did not address, or on which they had not come to a consensus, is the path to poor scholarship. Unless we are going to say that the Holy Spirit abandoned the Church at some point in the process, the statements of later authorities, who continued the Fathers' theological tradition, must be given weight, such as this from St Thomas Aquinas (Summa Theologiae, IIIa Q82 a3 c) 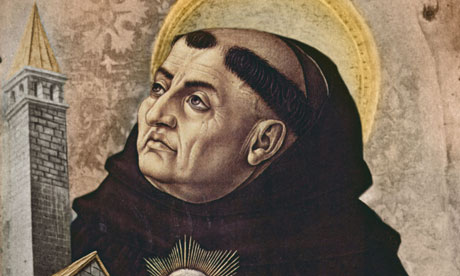 …out of reverence towards this Sacrament, nothing touches it, but what is consecrated; hence the corporal and the chalice are consecrated, and likewise the priest’s hands, for touching this Sacrament. Hence, it is not lawful for anyone else to touch it except from necessity, for instance, if it were to fall upon the ground, or else in some other case of urgency.

There is something going very wrong when a developed position like this is rejected in favour of a undeveloped position like that of St Cyril of Jerusalem. It is perfectly evident the Aquinas' position is a natural resolution of the tensions inherent is the situation described by St Cyril: Communion in the Hand combined with a tremendous concern for the fragments which might be lost, and elaborate rubrics designed to prevent that.

The best statement on how we should regard the early liturgy of the Church, in current debates about liturgy, is that of Pope Pius XII in Mediator Dei (1948):

The liturgy of the early ages is most certainly worthy of all veneration. But ancient usage must not be esteemed more suitable and proper, either in its own right or in its significance for later times and new situations, on the simple ground that it carries the savour and aroma of antiquity. The more recent liturgical rites likewise deserve reverence and respect. They, too, owe their inspiration to the Holy Spirit, who assists the Church in every age even to the consummation of the world.[Matthew 28.20] They are equally the resources used by the majestic Spouse of Jesus Christ to promote and procure the sanctity of man.


So here are my three knock-down arguments in favour of Communion on the Tongue.

1. The Communion in the Hand practiced in the early Church is not like Communion in the Hand today: it was much more ritualistic and reverent. So much so, in fact, that most people would regard it as impractical. Jungmann, for example, talks about special fountains being installed in front of St Peter's so that people could wash their hands before Communion. In some places a cloth was placed over the hands (of women, at least), like a houseling cloth. St Cyril makes it clear that you don't pick the Host up: you put it in your mouth directly from your palm (having raised it to your eyes first). In some places there was a ritual washing of the hands after Communion. Reception on the tongue begins to look like a sensible alternative, doesn't it?


2. Communion on the Tongue spread throughout the Church, from the 9th Century onwards, in the context of a concern for the fragments which might be lost. The concern with fragments is not some late-medieval scruple, it is anticipated in Scripture (John 6.12) and found throughout the Fathers, including St Cyril of Jerusalem: hence his concern about reception being done with enormous care. This concern finally found a practical and reverent outlet in the different practices adopted in East and West. In the West, with unleavened bread being used, Communion directly on the tongue makes particular sense. This is the judgement of the Church, in her wisdom, having considered and experimented for many centuries; this judgement is then universally accepted and practiced for a millennium. What more straightforward example of the guidance of the Holy Spirit could you ask for?

3. The judgement of the Church in the Middle Ages is reiterated in the law of the Church as currently in force. Pope Paul VI in Memoriale Domini (1969), said that the practice should NOT be changed, because of the issue of reverence towards the Sacred Species. Redemptionis Sacramentum (2004) 92, tells us that, even when it has been permitted by a special indult, Communion should NOT be given on the hand if there is a 'risk of profanation'. And that, of course, is all the time, everywhere, outside an enclosed religious community.

For a fuller treatment, see the FIUV Position Paper.
Posted by Joseph Shaw at 10:36 am