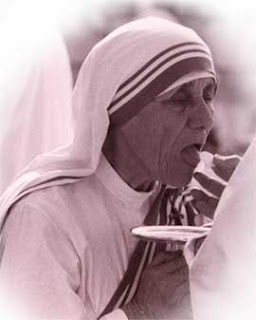 Everyone knows that the internet is not a good scholarly source, but the misinformation out there can be shocking. I've spent plenty of time criticising liberals, so here's a warning: traddy website can lead you astray too. The internet encourages uncritical reproduction of claims presented as facts, and if enough people do it they start generating so many Google hits that the truth can be drowned out. That's where websites with some claim to authority come in handy. Wikipedia? Not exactly.

Take the debate about Communion on the Tongue vs. in the Hand. There are lots of website and blogs slogging it out, with more zeal than knowledge. I'm no Patristics scholar, but it seems worthwhile to point out that a number of commonly cited authorities on the subject simply don't prove anything either way.

Here are two classic quotations used in favour of Communion on the Tongue. 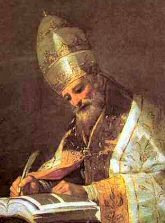 Leo I (d. 461), Sermon 91.3:
'For that is taken in the mouth which is believed in Faith, and it is vain for them to respond Amen who dispute that which is taken.' 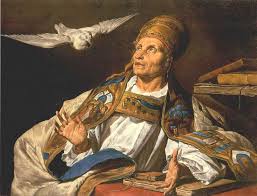 'And, as he [Agapitus] was travelling through Greece, a dumb and lame man was brought unto him for help. ... he offered sacrifice in the sight of almighty God: which being ended, he came from the altar, took the lame man by the hand, and straightways, in the presence and sight of all the people, he restored him to the use of his legs: and after he had put our Lord's body into his mouth, that tongue, which long time before had not spoken, was loosed. At which miracle all did wonder, and began to weep for joy: and forthwith both fear and reverence possessed their minds, beholding what Agapitus could do in the power of our Lord, by the help of St. Peter.'

This appears to be a stronger indication at first glance. This is certainly a case of Communion given on the tongue. But it is not necessarily inconsistent with a general practice of Communion in the hand: the man was clearly severely handicapped, and the point of mentioning the mouth is that the man was cured of his inability to speak. In other words the holy man applied the medicine of salvation directly to the affected part.

These quotations simply don't answer the questions: was communion given in the hand or on the tongue in the time of these Popes? That simply cannot be established with certainty. Another thing I've discovered is attempts to show that the classical description of Communion in the Hand by St Cyril of Jerusalem (d. 386) is some kind of forgery.


Now the five follow-up lectures are highly debated and may not be authentic. In other words, they may have may been added by someone other than Saint Cyril. In fact, there exist manuscripts that do not attribute these five lectures to Saint Cyril. Hence, it is not entirely responsible to quote these last five lectures as a valid authority. The five later lectures are questionable.


But this again simply misses the point. The description could hardly have been inserted into St Cyril's writings if it was not accurate, as a record of what happened. Regardless of who wrote it, if it was happening in St Cyril's day, then St Cyril was presumably happy about it. And anyway, the debate doesn't necessarily turn on what St Cyril thought about it, but about what was the practice of the ancient Church. This was the practice of the Church of Jerusalem in the 4th Century: that's an interesting historical fact.

Then there is the Council of Rouen, which forbids Communion in the Hand and mandates Communion on the Tongue. Nice and clear, and this is indeed the earliest source for a clear ruling against Communion in the Hand. Now when was that? A quick internet search gives the date 'c.650' on a large number of site, including Wikipedia. But the great liturgical scholar Joseph Jungmann says it took place c. 878, 228 years later. I know who I believe.

Claiming that this particular Council of Rouen took place in the 7th Century is particularly foolish, because that means it was contradicted less than 50 years later by the 'Council in Trullo' (which took place in Constantinople), in 692, which recommended Cyprian-style reception with hands crossed over each other. Although it must be said that this was a rather dodgy Council...

Labels: Communion on the Tongue